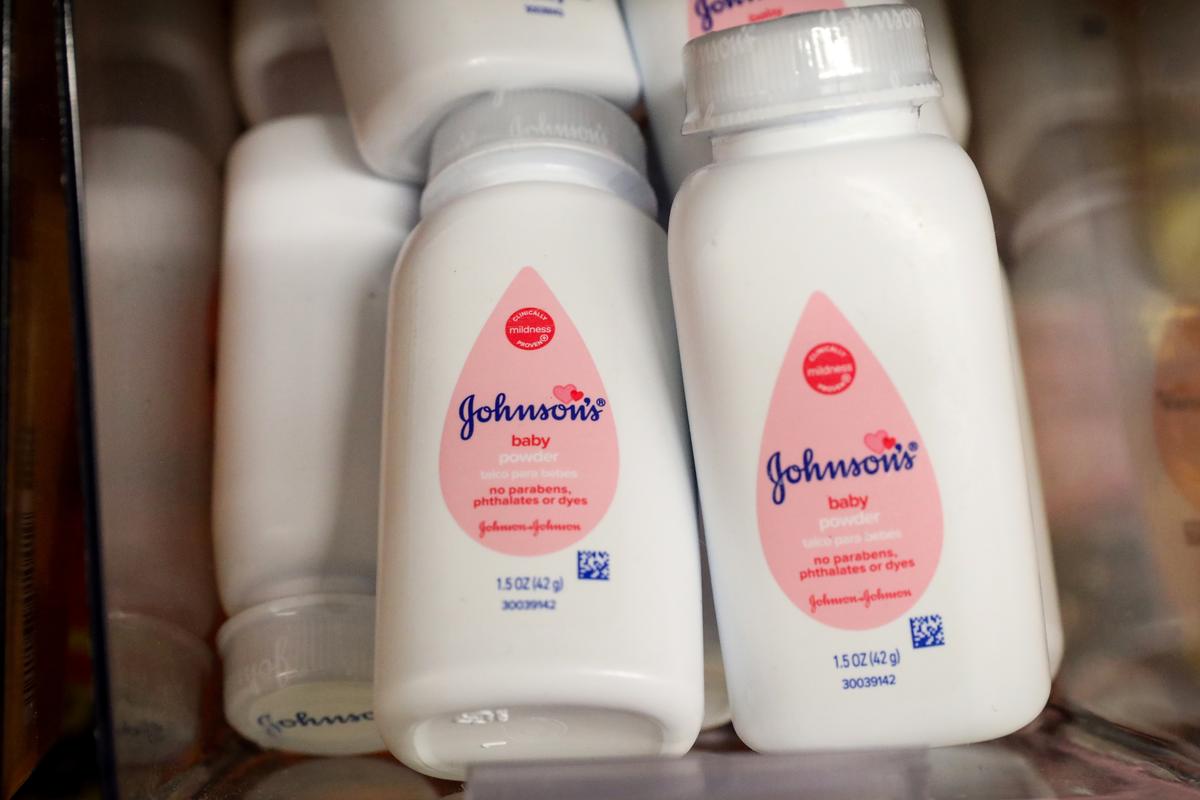 (Reuters) – Johnson & Johnson on Tuesday announced that it would stop selling its talc-based Johnson’s Baby Powder in the United States and Canada, making the decision after a consumer products “portfolio reassessment related to COVID-19.”

The U.S. healthcare conglomerate said it would wind down sales of the product, which makes up about 0.5% of its U.S. consumer health business, in the coming months, but that retailers will continue to sell existing inventory.

J&J faces more than 16,000 lawsuits from consumers claiming its talc products, including Johnson’s Baby Powder, caused their cancer. The majority are pending before a U.S. district judge in New Jersey.

The lawsuits allege that the company’s talc products have been contaminated with asbestos, a known carcinogen. J&J said it “remains steadfastly confident in the safety of talc-based Johnson’s Baby Powder,” citing “decades of scientific studies.”

In April, a New Jersey judge ruled that thousands of plaintiffs who allege that J&J’s talc products caused cancer can go forward with their claims, but face limits on what expert testimony will be allowed in trials.

J&J in December said its testing found no asbestos in its Baby Powder after tests conducted by the U.S. Food and Drug Administration discovered trace amounts. The FDA’s test prompted J&J to recall of one lot of Johnson’s Baby Powder in October.

“Demand for talc-based Johnson’s Baby Powder in North America has been declining due in large part to changes in consumer habits and fueled by misinformation around the safety of the product and a constant barrage of litigation advertising,” J&J said in a statement.

J&J has known for decades that asbestos lurked in its talc, Reuters reported late in 2018. Internal company records, trial testimony and other evidence show that from at least 1971 to the early 2000s, the company’s raw talc and finished powders sometimes tested positive for small amounts of asbestos.

J&J has repeatedly said that its talc products are safe, and that decades of studies have shown them to be asbestos-free and that they do not cause cancer.

Air Force General Predicts U.S. Will Be At War With China In 2025: ‘I Hope I Am Wrong’
Haunting video of Tyre Nichols arrest is sickening indictment of policing that night
Southwest CEO maps out a recovery after holiday meltdown: ‘We have work to do’
MSNBC: No Legitimate Reason to Keep Eric Swalwell Off Intel Committee
Teacher shot by six-year-old student texted loved ones to say school was failing to act