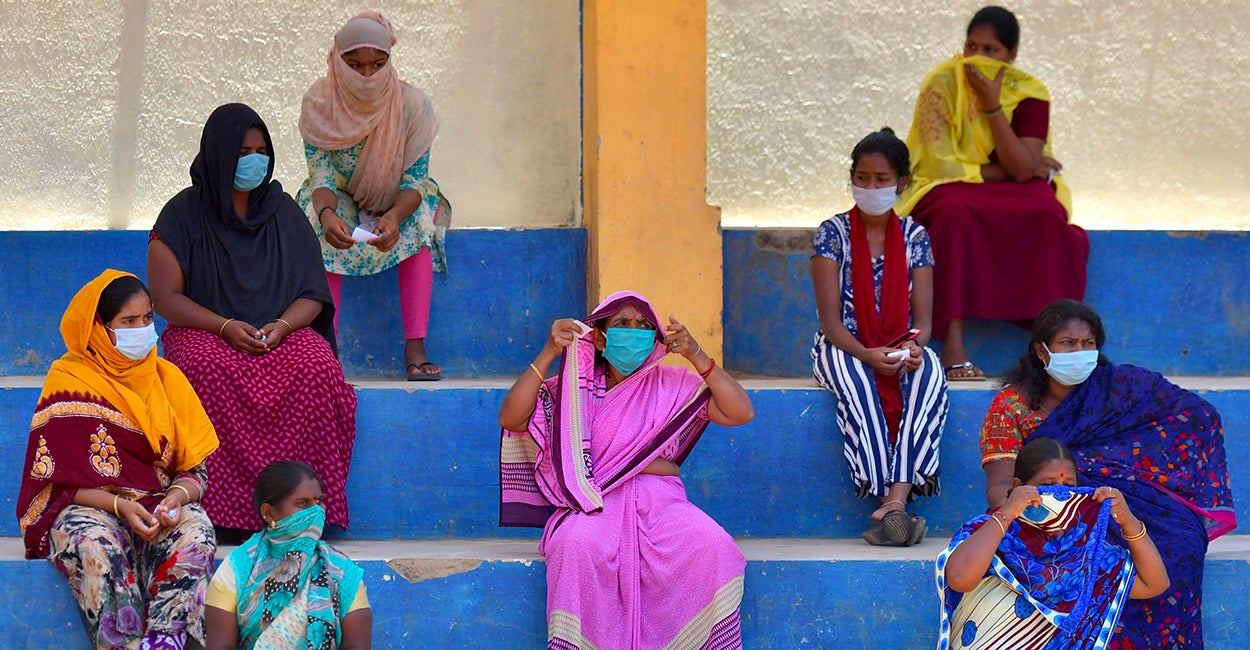 India long has been seen as a land of mystery, and with respect to the COVID-19 pandemic, the South Asian nation is keeping with that tradition.

The number of coronavirus cases in India have been surprisingly low, given the country’s huge and highly dense population and its poverty levels. Experts are puzzled, but they think there are a number of factors that could be contributing to the low infection rates.

“Unfortunately, we don’t have a solid answer,” Jeff Smith, South Asia research fellow at The Heritage Foundation, told The Daily Signal in an email. He said it’s possible the low numbers can be attributed to some of India’s “protective characteristics, including climate, that has insulated it from some of the worst effects.”

India’s population is more than 1.3 billion people, second only to China’s 1.4 billion. Johns Hopkins and Worldometer both place the number of COVID-19 cases in India at 85,784, compared with China, which has reported 82,933 cases, as of May 15. The United States has seen nearly 1.48 million cases within its comparatively smaller population estimated at 328 million.

Anup Malani, a professor at the University of Chicago Law School and at the Pritzker School of Medicine, in a recent Quartz India article offered explanations as to why India might not have experienced a higher number of coronavirus-related cases and deaths.

“Your age may play a role in both your probability of getting infected and in the degree to which you are going to have symptoms,” Malani said in a phone interview with The Daily Signal, adding that there’s a very strong “correlation between age and how severe our symptoms are, and particularly probability of death, given the symptoms.”

Overall, India’s population is quite young. “In India, only 0.8% of the population is above 80, and nearly 75% are below the age of 40,” Malani explained.

The relative youthfulness of the Indian people may be a factor, but the theory is not without some gray areas.

Malani and a group of other researchers looked into the role age might be playing in the number of COVID-19 cases and deaths in India. They found that “the age profiles in India may explain why it is that we see the caseload that we do, but we are not sure it can explain the low case fatality rate,” he said.

India’s climate is another factor that scientists are considering. Viruses are less likely to spread in warmer weather, and India’s relative proximity to the equator means the nation’s temperatures are quite hot year-round.

But Malani says he and other scientists are hesitant to credit higher temperatures as the primary reason for the low infection rates, because other variables come into play with warm climates.

“We know that a lot of countries with higher temperature also tend to have, for example, lower [gross domestic product], lower health care capacity, things like that. … So when you see a negative correlation between cases and temperature, one possibility might be what you are really seeing is that higher temperatures [are] associated with lower GDP per capita, and that means lower capacity to, for example, test, and that is why you are seeing lower cases.”

It’s true that India has not tested its population as broadly as other nations, Malani explained. Even now, India is still lagging in testing while other nations, such as the United States, continue to increase testing.

Both Malani and Heritage’s Smith acknowledge that a lack of testing could be a significant factor in the low number of cases relative to the country’s population. But again, a problem arises when looking at the number of deaths.

Another theory is that the immune system of the average individual in India is better equipped to fight COVID-19. The malaria vaccine referred to as BCG in India, or hydroxychloroquine in the U.S., is universally administered in India.

“One possibility is that when you get vaccinated for BCG, the nature of that vaccination is such that it triggers your body to be reactive or responsive to many different diseases,” Smith said. “… And if that is true, and if one of those antigens that it’s responsive to is COVID, it could be that your immune system is already on alert … to COVID.”

Malani calls the theory “intriguing,” but says it’s not proven. The BCG vaccine is thought to wear off after about 10 years, which would mean that many children would be protected, but that young adults might no longer be.

In short, Malani says, more research needs to be undertaken regarding the effectiveness of the BCG vaccine against COVID-19.

Across countries and cultures, there are variances in the kinds and amounts of viruses people are exposed to at a young age, which correspondingly lead to varied immune systems.

It’s possible that much of the population of India already has antibodies in their immune systems to fight COVID-19 due to exposure to other viruses and bacteria that those in China or the Western world might not have been exposed to. Malani says that’s a plausible explanation, but again more research would need to be done before any conclusions could be drawn.

Some also think that India’s stringent lockdown measure kept the virus from spreading rampantly across the nation. As India begins to lift stay-at-home orders in the coming weeks, Malani said, “it is not obvious to me that, in fact, India will just be fine or that it’s going to be a disaster.”

Smith also said we can’t dismiss the possibility “there could still be a dramatic increase in COVID cases and deaths in the weeks ahead, and things could get out of control very quickly in a country like India.”