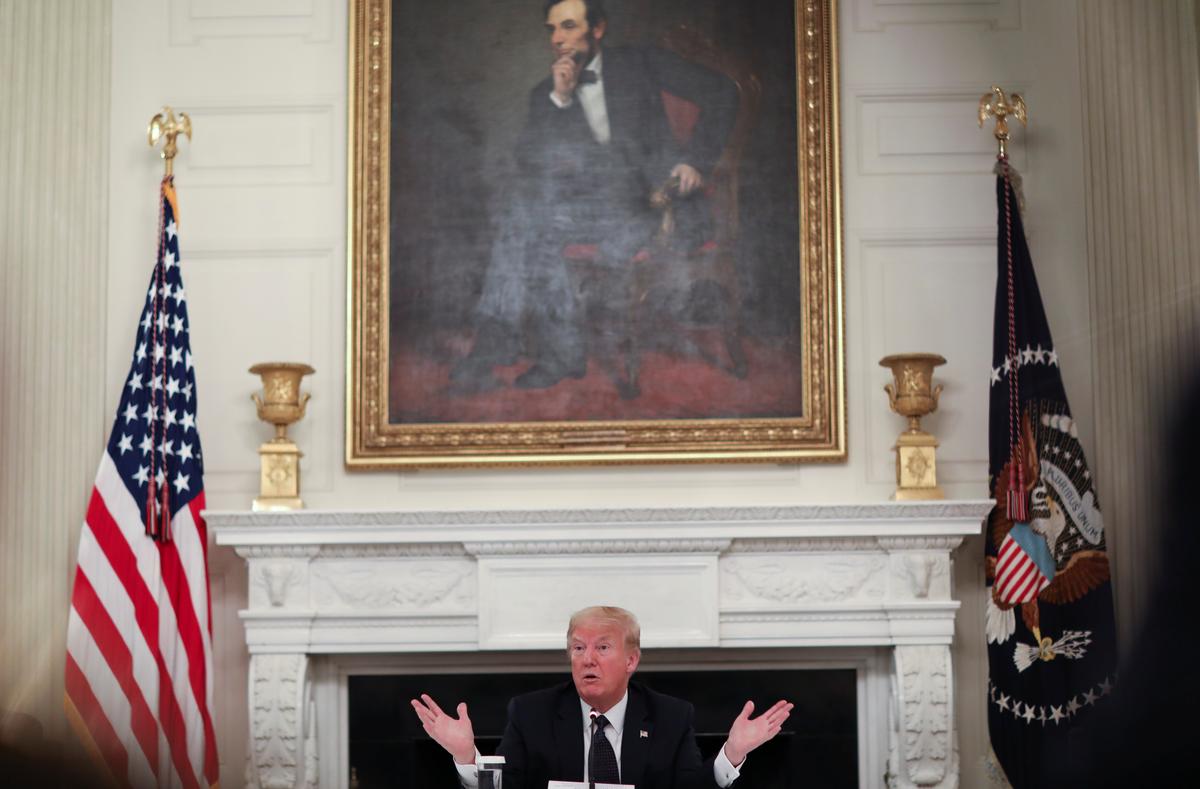 News of a possible vaccine breakthrough was somewhat overshadowed by President Donald Trump’s surprise announcement hours later that he is taking hydroxychloroquine as a COVID-19 preventive treatment, contrary to medical warnings about such use of the anti-malaria drug. The disclosure came during Trump’s White House meeting with restaurant executives.

“All I can tell you is so far I seem to be OK,” the president told reporters, saying he has taken a single dose of the drug each day for the past week and a half.

Trump initially promoted hydroxychloroquine in April as a potential COVID-19 treatment based on a positive report about its use against the virus. But subsequent studies have found it to be ineffective, and the Food and Drug Administration has warned of the potential for serious side effects associated with hydroxychloroquine and an older, related drug, chloroquine.

Earlier in the day came word that a COVID-19 vaccine under development by Massachusetts-based biotech firm Moderna Inc had produced protective antibodies in a small group of healthy volunteers during a safety trial launched in March.

The findings, offering a glimmer of hope that the experimental vaccine may ultimately prove effective, sent Moderna’s shares soaring 20% on Monday and helped lift the overall stock market about 3% to a 10-week high.

Until a vaccine or cure can be found, lockdowns on commerce and social gatherings remain the chief weapon for fighting the pandemic, even while ravaging the U.S. economy.

Although nearly all 50 states have begun reopening, only 13 had met federal guidelines for safely lifting restrictions as of Sunday, according to a Reuters analysis, raising concerns that infections and deaths could surge anew.

While some consumers have voiced hesitancy about returning to shopping malls and restaurants just yet, others were clearly ready to do so.

“We need to get the economy going again. People are either out of money or will be very soon,” said Martin Bermudez, 48, as he and a companion enjoyed ham-and-cheese omelets at a cafe in Miami.

They were among the first diners back in the eatery for sit-down table service after more than two months of takeout only.

The pandemic has afflicted the United States more than any other country, with more than 1.5 million known infections and nearly 90,000 deaths.

A revision to an influential coronavirus mortality model periodically updated by University of Washington researchers predicted on Monday that 143,357 Americans will die from COVID-19 by early August, about 3,600 fewer than last projected.

U.S. President Donald Trump talks about taking daily doses of hydroxychloroquine pills as he addresses a coronavirus disease (COVID-19) pandemic meeting with restaurant executives and industry leaders beneath a portrait of President Abraham Lincoln in the State Dining Room at the White House in Washington, U.S., May 18, 2020. REUTERS/Leah Millis

New York state, epicenter of the U.S. pandemic with 27,400 COVID-19 deaths to date, registered further evidence of improvement as its three-day rolling average of hospitalizations and tally of newly reported fatalities both declined.

GRAPHIC: Tracking the novel coronavirus in the United States – here

FROM SPORTS TO ASSEMBLY LINES

In a sign of growing confidence in curbing the contagion, New York Governor Andrew Cuomo said he was looking forward to professional sports teams to begin competing again, though without fans in attendance.

California Governor Gavin Newsom likewise said his state has been in talks with officials of all major sports leagues about a possible fan-free resumption of play. He added that a possible June 1 opening day would depend on development of new safety standards and the prevailing infection rates in California.

In the San Francisco Bay area, health directors in five counties said manufacturing, retail with curbside pickup and warehouse distribution could reopen, catching up with a similar loosening of restrictions elsewhere across the state 10 days earlier.

In the Midwest, the U.S. auto industry slowly returned to life from a two-month lockdown as the Detroit Three carmakers and their suppliers began restarting assembly lines in a sector that employs nearly 1 million people.

The auto industry is widely watched as a test case for whether workers across a range of U.S. industries can safely return to factory floors.

“I’m a little nervous,” said Larry Smith, 53, who works on wheel alignment away from the assembly line. “They made all the precautions (and) they’ve done everything they can to prepare …. I’m trusting in God.”

GRAPHIC: Where U.S. coronavirus cases are on the rise – here