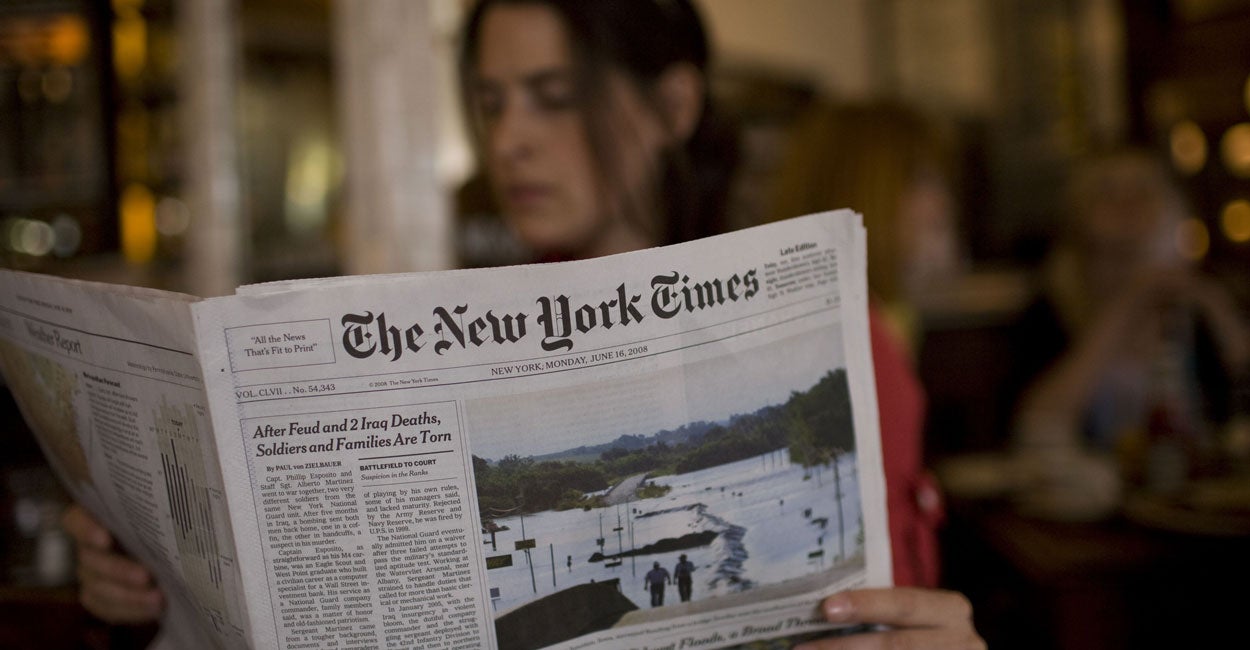 The New York Times’ “1619 Project”—despite being riddled with historical inaccuracies–is now the winner of a Pulitzer Prize, an outcome that is unfortunate but utterly unsurprising.

The award was given specifically to journalist Nikole Hannah-Jones, the architect of the 1619 Project.

But her lead essay in the project has been lambasted by historians as inaccurate, in large part because of her assertion that the American colonists fought the Revolution to protect slavery. That contention flowed from the project’s stated goal of showing that the country’s true founding was in 1619, when the first slaves from Africa were brought to the United States, rather than 1776, when the Colonies declared their independence from England.

After months of pressure, The New York Times finally issued a correction—which it called a “clarification”—to the claim that slavery was the “one primary reason the colonists fought the American Revolution.”

As my colleague, Jonathan Butcher, a senior policy analyst in The Heritage Foundation’s Center for Education Policy, wrote, The Times hedged on this assertion to say that “some of” the colonists fought in the American Revolution to preserve slavery.

The idea that the American Revolution was motivated primarily by the desire to uphold slavery has been rightly assailed by numerous respected historians of all stripes, from conservative to liberal to even socialist.

The World Socialist Website, of all things, called the project “a politically motivated falsification of history.”

I’ve seldom, if ever, agreed with a socialist on anything, but that is spot on.

As I detailed in my book “The War on History: The Conspiracy to Rewrite America’s Past,” there has been a long-term and accelerating trend of distorting our history, to bury our accomplishments, and embellish our country’s sins.

The 1619 Project is even upfront with its stated intention to “reframe” America’s past. It does this not simply by making a different argument or interpretation, but by distorting the record as so many historians have noted.

It’s important that when we discuss the past we do so with a commitment to truth and accuracy. That shouldn’t be a left or right thing. Fake news is problematic, whether it has to do with reporting on the president or what happened in 1776.

So why would the Pulitzer Prize board, which supposedly gives awards for excellence in writing and journalism, give an esteemed award to what is at the very least a deeply flawed piece of work?

The truth, as those with common sense already know, is that the Pulitzer Prize recipients are chosen through a lens of politics. The 1619 Project might not be correct in fact, but it’s “correct” in feeling. It’s correct by the measure of the identity-politics ideology that has become the de facto ideological lens of our country’s elite, liberal institutions.

This is hardly the first or only wild miss by Pulitzer. After all, Walter Duranty, The New York Times’ onetime Moscow bureau chief who lied about the Soviet Union’s starvation of Ukraine in the 1930s, never had his award rescinded, and The Times still occasionally touts Duranty as a past winner of the prize.

It seems that if you want accolades without regard to truth or accuracy, your best bet is to be on the political left and write for The New York Times.

The 1619 Project didn’t have to be excellent. It just had to be politically correct and written by the right people at America’s liberal publication of record. None of the criticism or flaws even mattered.

The Nobel Prize is hardly any different. Remember when then-President Barack Obama, after just nine months in office, was awarded the Nobel Peace Prize in 2009? Can anyone actually recall what he did to deserve it, other than being a liberal president and not George W. Bush?

If one wants to look for an indication of why trust in America’s leading institutions—from Congress to the media—is in a state of collapse, this is a prime example.

Our meritocracy, to many Americans, is not very meritocratic. Our cultural elites are not so elite, but rather, committed to self-aggrandizement. Being “woke” is more important than being right. And the cultural elites are not content to simply hold those views and leave the rest of us alone. Instead, they work relentlessly to ensure that entire generations are all taught to think this same way, hence their war on school choice and homeschooling.

Despite the 1619 Project’s being so clearly flawed, and how obviously political the Pulitzer Prize board was, the award nevertheless provides an “official” stamp of approval that makes it a more effective tool to use in schools around the country. My wife, Inez Stepman, explained why in The Federalist:

Unfortunately, endorsement of the 1619 Project goes beyond the establishment media and attendant self-congratulatory organizations. In large part due to the Pulitzer Center’s blessing, Common Core-compliant curricular materials based on the inaccurate history in the project are used in more than 3,500 schools across all 50 states. Thousands of American students are learning false historical information that gives them an unduly negative view of this country.

That’s bad enough, but now frustrated parents will be told that it’s all good, because after all, it won a Pulitzer Prize.

The left wields enormous power over our most powerful cultural institutions, a power wholly unjustified by its record. If there’s a characteristic that Americans from the time of the Founding to today have maintained through the centuries, it’s our utter intolerance of a false aristocracy.

That’s why it’s essential that Americans now have a choice and the tools to work around those institutions and commit to giving themselves and their children those tools and the education necessary, such as those provided by the Woodson Center’s excellent “1776” project, to withstand the tide of miseducation.