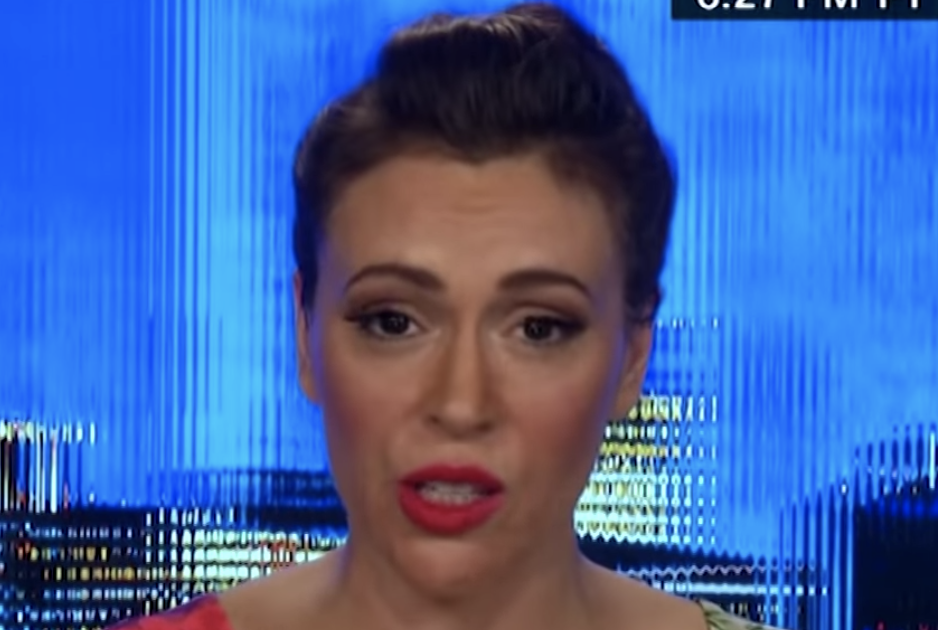 Actress Alyssa Milano just doesn’t know when to quit. After completely destroying her own credibility as a feminist by choosing to support Joe Biden despite his sexual assault allegations, she’s trying her hand at fighting “voter fraud.” Though based on her views on the subject, it’s clear she’s just as much of a crackpot on this issue as she is on all the other ones.

In a CNN.com column written on May 14, the actress condemned Republican efforts to prevent mail-in voting becoming a major method of deciding the presidential election in 2020, writing that they are “trying to use this crisis to suppress voter turnout even more by not supporting a vote-by-mail option.” As coronavirus lockdown continues, many lefties have developed the narrative that it will be too dangerous for crowds to visit polling locations in November and that we need a large mail-in voting system.

Conservatives, including Trump have pushed back on this idea, claiming it’s ripe for voter fraud Last month, Trump tweeted, “GET RID OF BALLOT HARVESTING, IT IS RAMPANT WITH FRAUD. THE USA MUST HAVE VOTER I.D., THE ONLY WAY TO GET AN HONEST COUNT!” Heritage Foundation Senior Legal Fellow Hans Von Spakovsky recently told The Daily Signal that “all-mail elections have all kinds of security problems.”

But Milano flipped it around and called the critiques “voter suppression.” She wrote, “We need to be clear about what this is: voter suppression. It’s one of the only tools in their campaign toolbox — and like the Republican lawmakers in Wisconsin who forced an in-person primary without proper protection — Trump is willing to make voters choose between their health and their vote.”

Oh sure. We either change the electoral process in a major way or people will die from coronavirus. That’s not extreme at all. Milano also claimed that this is just right in line with Trump’s historical attacks on the voting process. At the beginning of her column, Milano wrote, “Donald Trump made it clear from the beginning of his presidency that he’s willing to undermine US election results and make it harder for people to vote.”

That’s rich. And we haven’t seen nearly four years of Dems ongoing attempts to void Trump’s win? But no, Trump’s the one manipulating the elections.

Still, Milano went on talking about how American lawmakers need to prioritize making pandemic-era voting safer. “Fear of Covid-19 should be considered a legitimate reason for voting absentee in states that require a reason,” she wrote, adding that “Election administrators should include paid-postage return envelopes with absentee ballots and provide secure drop-off locations for them.”

Yes, we don’t even know what’s in store for the country a month from now, but these Trump-haters, they’ve got November elections figured out down to the number. Let’s trust them, especially the types like Milano who aren’t afraid to rationalize their double standards in order influence political outcomes. Leave it to “cynical” Republicans to protest major voting changes in an election the left would do literally anything to win.