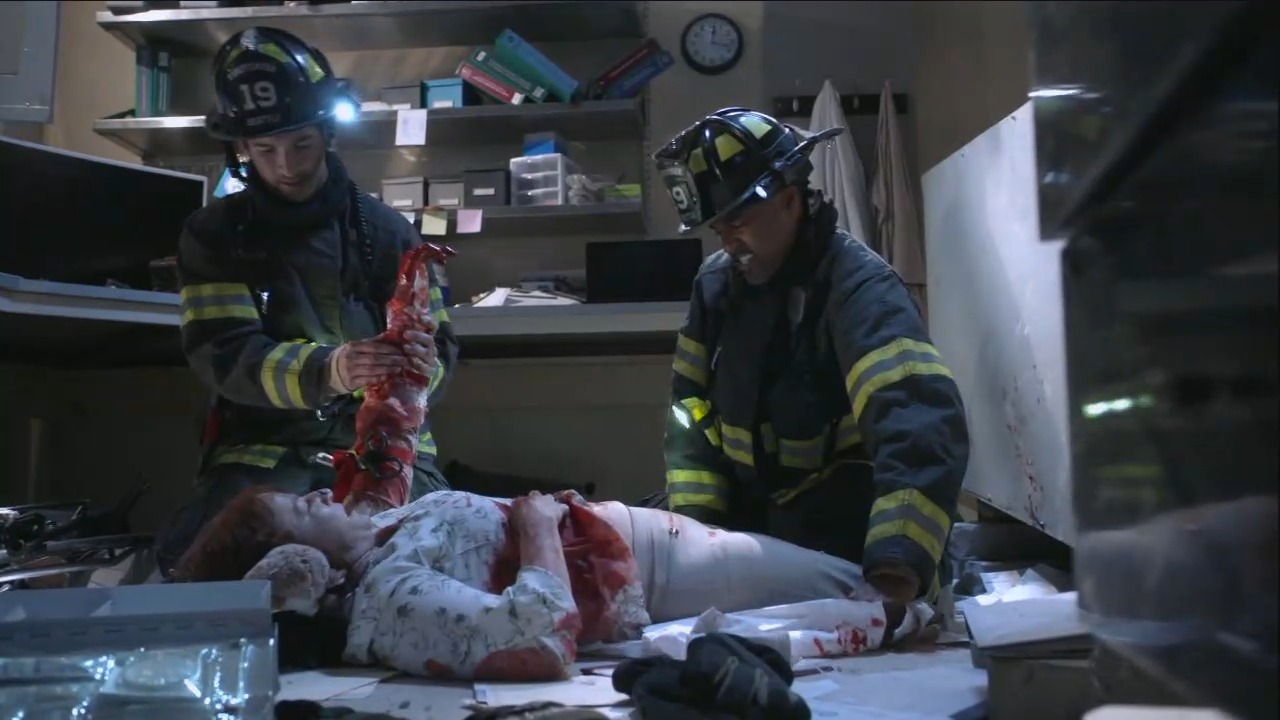 Never let an opportunity to bash pro-life people go to waste is the mantra of Hollywood. Even if the dialogue has to stretch to include an unfounded, nasty accusation by a medical doctor.

In the May 14 episode of ABC’s Station 19, titled “Louder Than a Bomb”, parts of Pacific-North Hospital in Seattle are on fire after a couple of explosions. Originally the fire department thinks it is due to a gas leak but soon a homemade bomb is discovered in a laboratory. The doctor doing research there refuses to leave the area quickly as the fire fighters instruct her to do because she is determined to save her research, including her mice. She says she is close to finding a cure for lymphoma and if her research is lost in a fire, millions of lives are on the line.

An explosion goes off and the lab is rocked by it. The doctor is knocked out of her wheelchair onto the floor. She’s badly injured and bleeding out. However, she lives long enough to point a finger of blame at pro-lifer people when another homemade bomb is found in the lab.

Emmett: Bishop, we have a suspicious device.

Jack: If it’s a bomb, we got to call it in, get the bomb squad in here.

Emmett: How are they gonna get in here?

Victoria (Vic): How do we even know it’s a bomb?

Dean: I trained with the bomb squad.

Jack: Get the hell out of here.

Ben: Miller, get away from that. It looks homemade.

Jack: Who the hell bombs a hospital, anyway?

Dr. Alba: Anti-choice. It’s not the first time they’ve attacked me. I use embryonic stem cells in my research. How can people claim to be pro-life but be willing to sacrifice millions of lives.

And, there it is. There was no lead-up to this discussion. There was no reason to assume that the bomb really was left there by pro-life activists. The writers just inserted a random few lines into the story to make their point that pro-life people are selfishly willing for “millions” to die rather than use embryonic stem cells harvested from aborted babies. Pro-life people want to save lives – all lives, including the lives of the unborn.

It was a cheap shot. Especially because embryonic stem cell research has not produced any cures for diseases. For the doctor to selfishly place more regard for her scientific research than for the firefighters who are risking their lives to save her is inexcusable. It was the height of egotism, not scientific reality.

British teenage extremist whose videos were linked to two mass murders in US jailed
Employees At Google Demand ‘Psychological Safety’ From Their Bosses After Layoffs
One Person Inspired an Insurrection, the Other Is Brandon Straka
Obama urges promotion of ‘reproductive rights’ for the sake of ‘future generations’
Rhode Island assistant principal asks for donations to help student pay off ‘coyote’ who smuggled him into the US