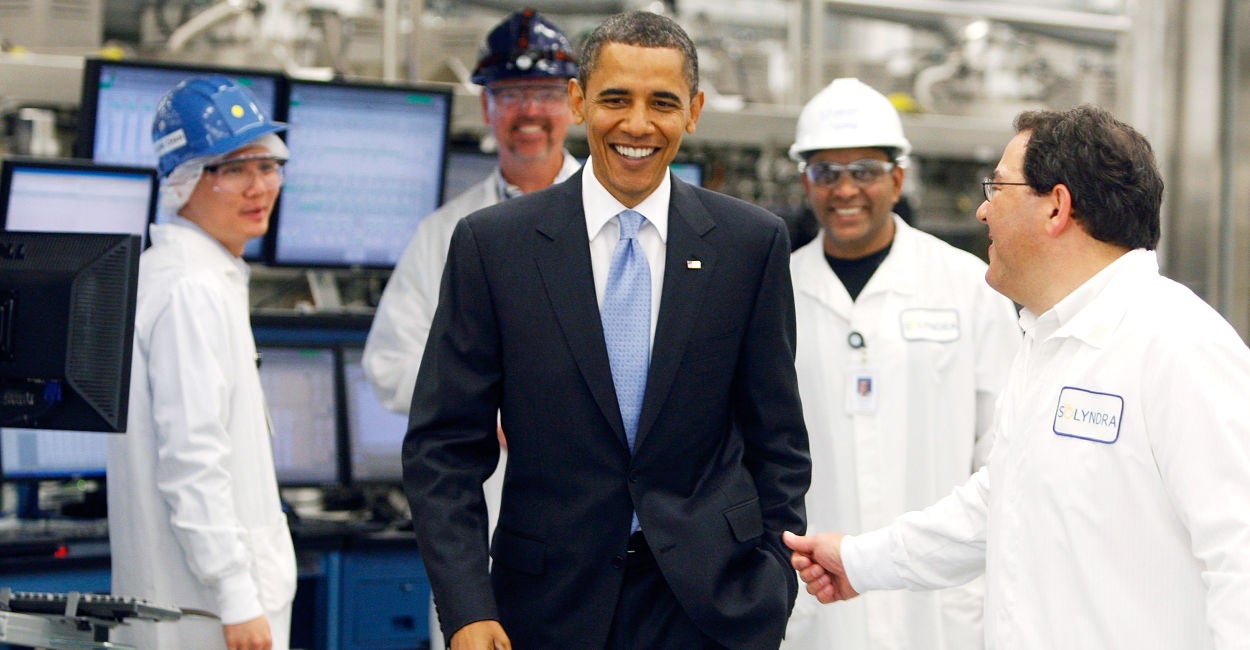 Amid the economic downturn caused by COVID-19, some in
Congress are calling for more stimulus programs to jump-start and sustain an
economic recovery.

Many policymakers are calling for it to be done in a climate-friendly way, which has renewed interest in the Department of Energy’s Loan Programs Office.

Fundamentally, however, the Department of Energy should not be an investment banker, as it distorts the risk-taking process and steers investment toward politically preferred technologies.

There’s a chance you’ve never heard of the Energy Department’s loan guarantee program and its Advanced Technology Vehicles Manufacturing Loan Program. But you may have heard of some of the companies receiving the loans.

Solyndra received one of the first stimulus loan guarantees, a $535 million loan in September 2009. Soon after, Solyndra closed one of its facilities and canceled its initial public offering. In about two years, Solyndra filed for Chapter 11 bankruptcy and laid off all of its 1,100 workers.

A few others, like Beacon Power and the solar-power tower project Ivanpah also went belly up.

Another is Tesla. The trendy electric vehicle producer has had its financial ups and downs, but is often referenced as an example of how the program should work.

The Energy Department issued a $465 million loan in January
2010 to reopen a former plant in California for the production of Tesla’s
electric vehicles and to develop a manufacturing plant to produce battery
packs.

Tesla fully paid back the loan in May 2013. While even Elon
Musk says the company’s stock is overvalued (Tesla has a market
capitalization of $142 billion), the company appears to be performing quite
well.

You may have heard of some of the other companies that received Advanced Technology Vehicles Manufacturing program loans: Nissan and Ford. Proponents point to the overall success rate of the portfolio as justification to expand it.

The reality is that both the failures and the successes illustrate why the federal government should not use taxpayer-backed loans to intervene in market investment decisions.

In some instances, the Energy Department has lent
taxpayer dollars to projects that could not survive even with policies trying
to prop up favored technologies.

In other instances, successful projects result from the
Energy Department awarding money to very profitable, well-established companies
or ones that benefit from the great number of federal, state, and local
subsidies at their disposal.

Their long-term success may depend on more preferential
treatment from government at all levels. And yet, some of these projects may be
innovative, competitive, and turn profits. However, if that’s the case, private
actors should bear all the risk.

Perhaps the biggest problem with the loan and loan
guarantees is that they distort how investors allocate their money. As we’ve
seen in this pandemic, Americans are very creative. There’s a seemingly endless
number of entrepreneurs and innovative ideas, but the capital to finance them
is not endless.

That requires that choices be made among the different
investments. Through regulations and subsidies, including the loan programs,
Washington distorts those investments by allocating both public and private
financing to projects that have political support.

While low-risk projects will likely receive investment,
others may miss out, especially if they’re not the type of project in the
political limelight.

Furthermore, when the government dictates how
private-sector resources are spent, both industries that stand to benefit and
those that are harmed by those policy decisions will concentrate more effort on
lobbying.

Businesses can use regulations and subsidies to shield them
from the competition, and members of Congress can boast to their constituents
that they “created jobs” for their district, when in truth the process impedes
innovation in the short run and long run alike.

Rather than expand these programs, Congress should close
them for good.

Eliminating the loan programs is not about gutting programs for renewable power. In fact, companies building nuclear power plants have taken advantage of the program. Coal-fired power plants are eligible for loans for carbon capture and sequestration technologies.

Rather, rescinding the Energy Department’s loan program
funds is about removing an unnecessary function of the federal government,
eliminating political favoritism toward specific technologies, and relying on
market forces to drive innovation forward to meet Americans’ energy needs.