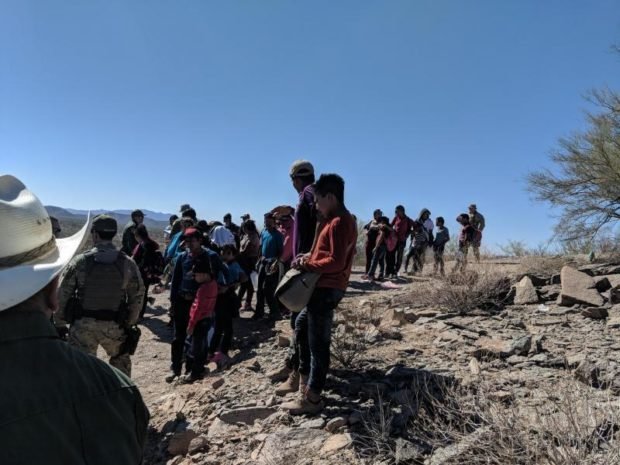 The acting deputy secretary of the Department of Homeland Security (DHS) says that 8-in-10 illegal entrants at the border are being turned back expeditiously because of policies implemented to combat the coronavirus pandemic.

Ken Cuccinelli, the second-highest official in DHS, reacted to the latest enforcement action data from the U.S.-Mexico border. April apprehension numbers reached a low not seen in several years, and most of the aliens who did appear unlawfully at the border were quickly sent back to Mexico.

“Just look at April — 80 percent of the people [Customs and Border Protection] apprehended at the border were returned back over the border in an average of under two hours. That’s astonishing,”  Cuccinelli said to KTAR News 92.3 FM’s Arizona’s Morning News on Friday.

“In the last six weeks, the Border Patrol has been implementing a health order rather than immigration law,” the deputy secretary went on.

There were a total of 16,789 enforcement actions on the U.S. southern border in April, according to the latest data provided by CBP. That number marks a 50% decline in enforcement actions compared to March, and a huge drop from the more than 109,000 actions taken in April 2019.

These “enforcement actions” include both apprehensions made by the agency and individuals who were turned away at the border. When broken down, CBP and Border Patrol agents in April conducted 15,862 apprehensions and turned away 927 foreign nationals who appeared at the southern border.

CBP is currently able to quickly process and turn back migrants because of a new authority given from the Trump administration’s closure on the southern and northern borders. The White House, per an order from the CDC, has closed the borders off to all non-essential traffic.

The result has been a steep drop in border crossings and a huge decline in the number of detainees at Border Patrol facilities. Cuccinelli compared what the current coronavirus pandemic would look like if the U.S. was still facing a humanitarian crisis at the border like it did in 2019.

“Imagine bringing one COVID-positive person into that environment. That is not good for those migrants, it’s not good for the Border Patrol agents who work there nor that community because it’s that community’s health care system that absorbs those people when they get sick,” Cuccinelli went on.

Watch a 5-year-old preacher go viral by baptizing his toys, singing with Grammy Award-winning singer: ‘You have lifted us all up’
Florida mother suing school district for banning her from volunteering because she’s an OnlyFans model
NBC Shock Report: Feds Could’ve Stopped Jan. 6 Riots From Happening
GM smashes expectations and guides toward a strong 2023, despite margin squeeze
The Threat of Woke Corporations and the Response of the Red States