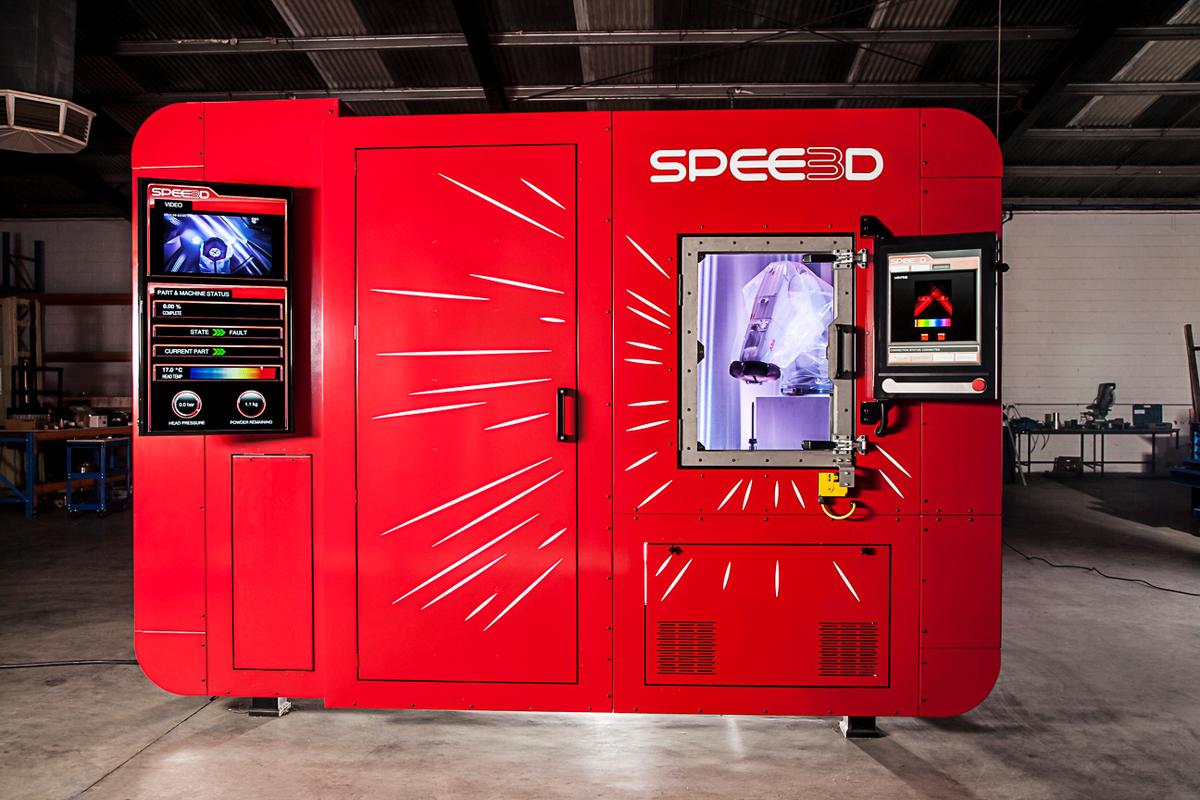 MELBOURNE (Reuters) – At an outer suburban manufacturing plant, engineer Byron Kennedy is resetting a machine to spray-print a layer of copper on to a door handle, aiming to use the metal’s antiviral properties to counter the threat of the COVID-19 pandemic.

A view of the SPEE3D advanced manufacturing machine, which can spray print copper – an anti-microbial metal – onto surfaces to help stop the spread of coronavirus disease (COVID-19), at the company?s Dandenong headquarters in Melbourne, Australia October 2018. SPEE3D/Handout via REUTERS

His firm Spee3D is better known as a producer of 3D printers for copper and aluminium, used by customers including the Australian defence force and U.S. Marines to rapidly print new parts to get broken equipment back in action without waiting days for spares to arrive.

“Up until the end of last year, our business was building the 3D printers, which were then used to build parts,” Spee3D co-founder Kennedy told Reuters.

“Come 2020, and the epidemic hits. We know about the antimicrobial properties of copper, so we thought ‘Can we do something, can we help out here?’”

Copper’s disinfectant powers have long been known and its antibacterial, antiviral and anti-fungal properties have been supported by scientific studies.

The results showed that 96% of the virus was killed off in two hours and 99.2% in 5 hours, compared to no change on stainless steel surfaces over the same period, Kennedy said.

This is in line with a U.S.-government funded study bit.ly/2WdhxZR published in March that found SARS-CoV-2 remained viable for up to 4 hours on copper, compared with 2 to 3 days on plastic and stainless steel.

Spee3D then reset some of its machines to be able to coat surfaces such as door handles and push plates, and has already received orders from two Australian government departments to resurface door handles before staff return to work.

The Northern Territory’s Trade, Business and Innovation Department said in a statement it was thrilled to adopt the technology to make its workplace safer.

The firm is also speaking with a big miner and several major door handle manufacturers about additional applications, Kennedy said.

Copper had already been making some inroads into the healthcare sector after trials in hospitals, including in the U.S. state of Virginia here(16)30696-4/fulltext, in recent years.

However, attempts by fabricators in Japan, South Korea and Taiwan to sell copper alloy products into the sector resulted in only a modest take-up, partly due to costs, said John Fennell, Chief Executive of the International Copper Association Australia.

“We are seeing outcrops of people adopting this, but not as much as you would have thought,” he said.

COVID-19 looks set to give the metal a boost.

In major copper producer Chile, the country’s mines minister recently touted the use of copper in face masks, such as those produced by a U.S.-Chilean company, while U.S. miner Freeport McMoRan believes the pandemic will shine a light on how copper can help improve public health.

“Copper’s use in health care equipment and facilities and in public places will undoubtedly grow significantly when the cost of copper, which has been a barrier in the past, is measured by the enormous cost to society that is being brought on by this pandemic,” Freeport Chief Executive Richard Adkerson told a briefing last week.

New manufacturing techniques like 3D printing are also a potential game-changer as they can allow ultra-thin coatings to be applied quickly, while still taking advantage of copper’s antimicrobial properties and cutting the amount of metal used, and therefore the cost.

“I think we can confidently say demand for copper for those uses will go up, quite possibly by a lot. Is that going to shift the dial for global demand? At this stage I doubt it,” he said.