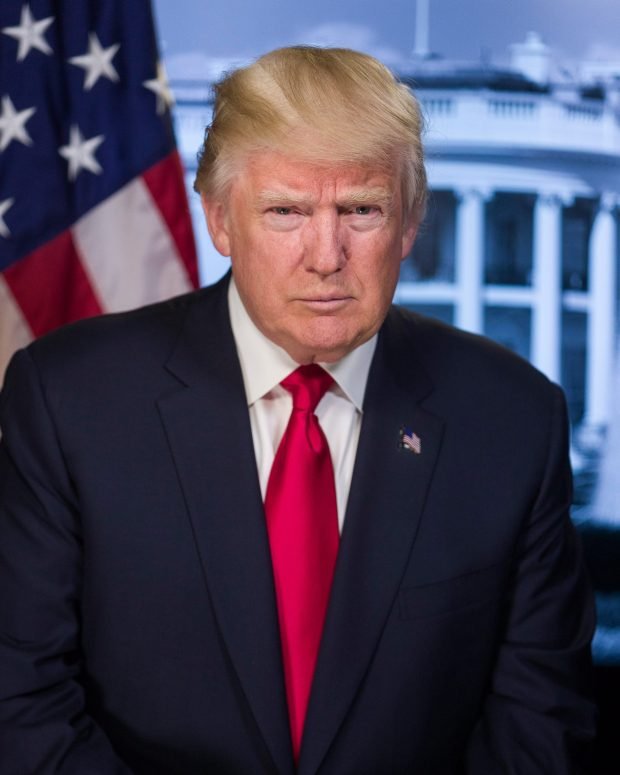 This week, President Trump signed an executive order temporarily suspending immigration into the United States for 60 days by people seeking permanent residence in the country. Following the president’s announcement, Democrats immediately went on the attack. In doing so, they affirmed what some Americans have believed for quite some time now; in the minds of some Congressional Democrats, non-US citizens have more rights than American citizens.

The president’s decision to sign an order of this nature stemmed from two basic principles. First, America is facing an invisible enemy in the coronavirus and efforts to curb the spread of the virus cannot succeed if immigrants continue to enter the country. Second, given the devastating impact that the virus has had on the economy, many Americans are unemployed and struggling to make a living. Therefore, there is a need to protect American jobs so that they can be filled by American citizens, not non-US citizens coming into the country.

The president’s reasoning is sound and is in line with his primary duty and responsibility, which is to protect the well-being of the nation and its citizens. Due to the horrific virus that has plagued the United States (and the rest of the world), many American citizens are currently struggling to make their mortgage payments, put food on the table, pay for the basic necessities of life, and find gainful employment. In addition, many cannot afford to pay their employees/workers and/or are being forced to close/shut-down businesses that they worked so hard to develop.

Rather than focusing on the unfortunate and very difficult circumstances that many Americans are facing as a result of this virus, some Democrats in Congress decided to attack the president’s decision with their usual hateful and unsubstantiated rhetoric. As reported by Fox News, Rep. Don Beyer, D-Va., said that Trump was looking for “someone to blame for his own failure.” According to Beyer, “Immigration has nearly stopped and the US has far more cases than any other country. This is just xenophobic scapegoating.”

Senator Kamala Harris, D-Calif., was also quick to attack the president. According to Fox News, Harris was quoted as saying:

“Trump failed to take this crisis seriously from day 1. His abandonment of his role as president has cost lives. And now, he’s shamelessly politicizing this pandemic to double down on his anti-immigrant agenda. Enough, Mr. President. The American people are fed up.”

This is not the first time that this has happened. Not too long ago, House Speaker Nancy Pelosi objected to Trump’s expanded travel ban that was meant to curb the spread of the coronavirus and to protect American lives. As reported by The Hill, Pelosi stated:

“The Trump Administration’s expansion of its outrageous, un-American travel ban threatens our security, our values and the rule of law. The sweeping rule, barring more than 350 million individuals from predominantly African nations from traveling to the United States, is discrimination disguised as policy.”

“With this latest callous decision, the President has doubled down on his cruelty and further undermined our global leadership, our Constitution and our proud heritage as a nation of immigrants.”

Wrong, Nancy. The president was taking steps to protect American citizens from further exposure to a highly transmittable virus. In doing so, he likely saved American lives and prevented many more Americans from being infected.

President Trump realizes and appreciates the difficulties that many Americans are currently facing. He knows how many Americans are currently unemployed as a result of the coronavirus and understands the very delicate balance between protecting public health and preserving/re-kindling the economy. As a matter of fact, a top DHS official told Fox News that “22 million unemployed Americans and counting due to COVID-19″ is what compelled the president to consider the use of an executive order of this nature.

The president’s executive order is not xenophobic, nor is it an attempt to cover up his purported “failures,” as some Democrats contend. Rather, it is a sign of a strong leader who is doing his best to protect the nation and to help the nation’s citizens get back on their feet. Spectator USA’s Washington editor Amber Athey succinctly explained why the president’s executive order is easily justified and so badly needed, stating, “Given tens of millions of Americans are out of work right now and we’re battling a virus that spreads through human-to-human transmission I am dying to hear one coherent argument against this.”

At this time, it does not appear that any such argument exists.

Mr. Hakim is a writer, commentator, and a practicing attorney. His articles have been published in The Washington Examiner, The Daily Caller, The Federalist, The Epoch Times, The Western Journal, American Thinker, and other online publications.

Malkin: There is No Vetting
Dr Oz is running for US Senate as a Republican in Pennsylvania
Michigan school gunman tried to lure students out into hallway by pretending to be police
Why It’s Likely That Supreme Court Will Overturn Roe v. Wade
Twitter Suspends Scientist For His COVID Tweets: Report