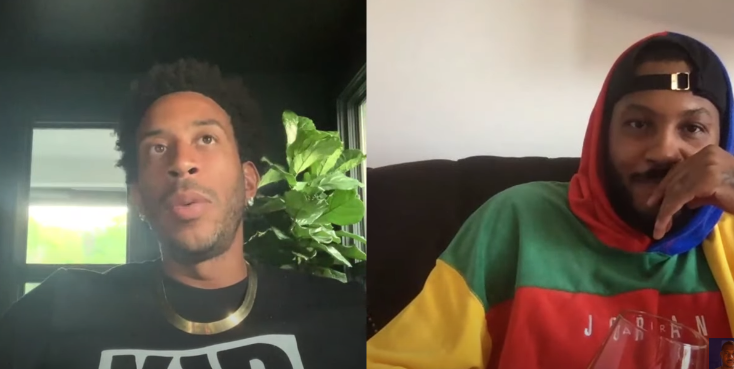 Anthony, when he’s not studying the arcane serological schema of antigen and antibody production, is a basketball player for the Portland Trail Blazers turned wine-swilling YouTube host. Ludacris, the life-saving rapper, was Anthony’s guest on this week’s ‘What’s In Your Glass?’

Pressed for his reaction by a fan (who may or may not write for NBC Sports Northwest) Anthony said, “I think the delivery of how the president is talking, what he’s saying I think a lot of times — it’s hard to hear what he’s saying because of all of the messed of things he probably has done.” In other words, “I think that Luda hit it right on the nose.”

This whole quarantine. this whole COVID-19 is definitely being handled the wrong way, it’s lack of information, it’s misinformation so nobody knows who to trust or who to believe in. It’s too political.

Indeed it is. Anthony suggested “checking the front lines” to get the real scoop. Because overworked, overstressed people dealing constantly with death are the place to go for calm, rational assessment of a global phenomenon.

Melo is making sure that people who deserve the credit get the credit they deserve and making sure people know that he thinks the American people deserve better leadership.

Oh, that’s what “Melo” is doing! Good to know. For a moment, I thought he was just another bored celebrity spouting gracing us with his indifferently informed opinion.