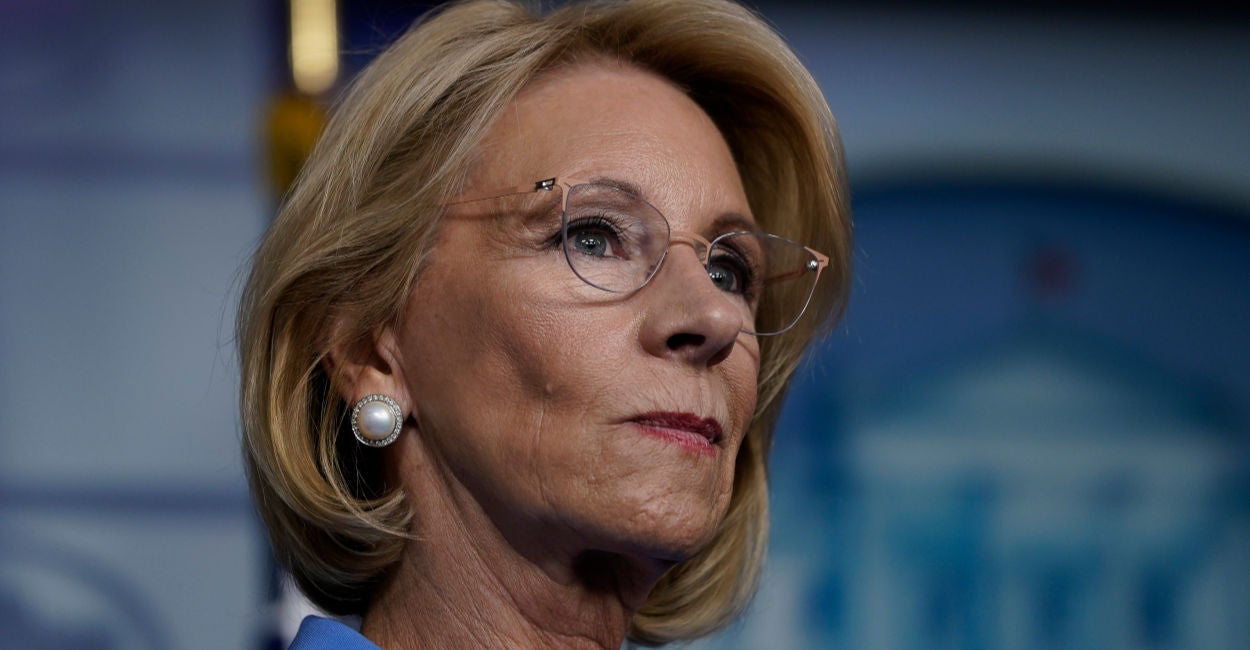 The Education Department secretary applauded Stanford’s actions in the wake of a Daily Caller News Foundation report Tuesday showing that all eight Ivy League schools are slated to receive millions in taxpayer-funded coronavirus stimulus money despite controlling endowments with a combined value in 2019 of more than $140 billion.

“Kudos to @Stanford for withdrawing its application for #CARESAct funds,” DeVos said. “As I’ve said since day 1, wealthy institutions like @Harvard don’t need this money. They should follow Stanford’s lead & embrace the @ShakeShack principle — leave the $$ for those with the greatest need!”

DeVos’
comments came after President Donald Trump remarked Tuesday at the White House
that Harvard University should return the funds it received as coronavirus-relief
aid, pointing out that Harvard has one of the largest endowments in the world.

“Harvard
is going to pay back some money,” Trump said Tuesday.
“They shouldn’t be taking it. Harvard is going to, and I’m not going to name
any other names, but when I saw Harvard—they have one of the largest endowments
anywhere, maybe in the world, and they’re going to pay back that money.”

Trump
signed the CARES Act into
law in March, legislation that will provide nearly $14 billion in relief
funding to more than 5,000 universities across the United States, according to
the Education Department.

The
funds will be distributed through a formula set by Congress based on the number
of Pell Grant recipients at each school, as well as the schools’ total student
enrollment. The formula does not take into account a school’s financial health.

Harvard did not respond to a request for comment from the Daily Caller News Foundation.