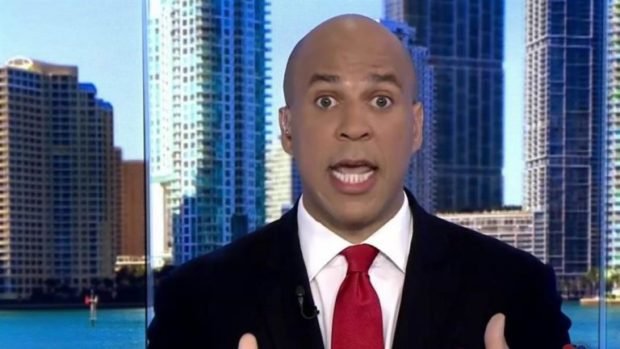 Democrats are introducing legislation that, if signed into law, would mandate the release of illegal aliens currently in detention and stop enforcement measures against a large number of aliens living unlawfully in the U.S.

New Jersey Sen. Cory Booker and Washington Rep. Pramila Jayapal introduced the Federal Immigrant Release for Safety and Security Together (FIRST) Act via on Monday. While many Democratic members of Congress have urged the Department of Homeland Security (DHS) for a rollback of enforcement measures amid the coronavirus pandemic, this bill marks one of the first instances where they are turning such concerns into legislative action.

“It’s a question of will our country that believes in ideals, like life, liberty and the pursuit of happiness, believes that everyone is born with inalienable rights,” Booker said on Monday during a virtual press conference about the bill, according to the Independent.

“We must make sure our immigration policies reflect those values and affirm the dignity and well being of all people in crisis. We don’t abandon our values, we as a nation we double down on them.”

The Daily Caller News Foundation reached out to Booker’s office and requested an RSVP prior to the virtual press conference, but that request was never answered.

The FIRST Act would release most immigrants out of detention facilities and also stop Immigration and Customs Enforcement (ICE) from targeting at-large illegal aliens who are “not deemed a significant public safety risk” during the coronavirus health emergency.

Notably, ICE has already announced that it would scale back its enforcement and removal operations against those who do not pose serious risks to the community. However, the bill would have sweeping effects on the current immigrant detainee population in the U.S.

There are currently 33,863 foreign nationals currently detained by ICE, according to the agency’s most recent numbers. Of these, 14,049 are listed as convicted criminals, and another 4,646 have pending criminal charges.

It’s not immediately clear who would be deemed “a significant public safety risk” under the bill’s guidelines. Nevertheless, the lawmakers argue this is an issue of health and safety.

“We’ve been following public health guidelines by staying home and practising physical distance distancing, and hopefully, emotional closeness,” Jayapal, the other sponsor of the bill, said Monday. “And of course frequently washing our hands.”

“But for immigrants and particularly those who are held in detention centres, following these guidelines can be almost impossible,” Jayapal continued.