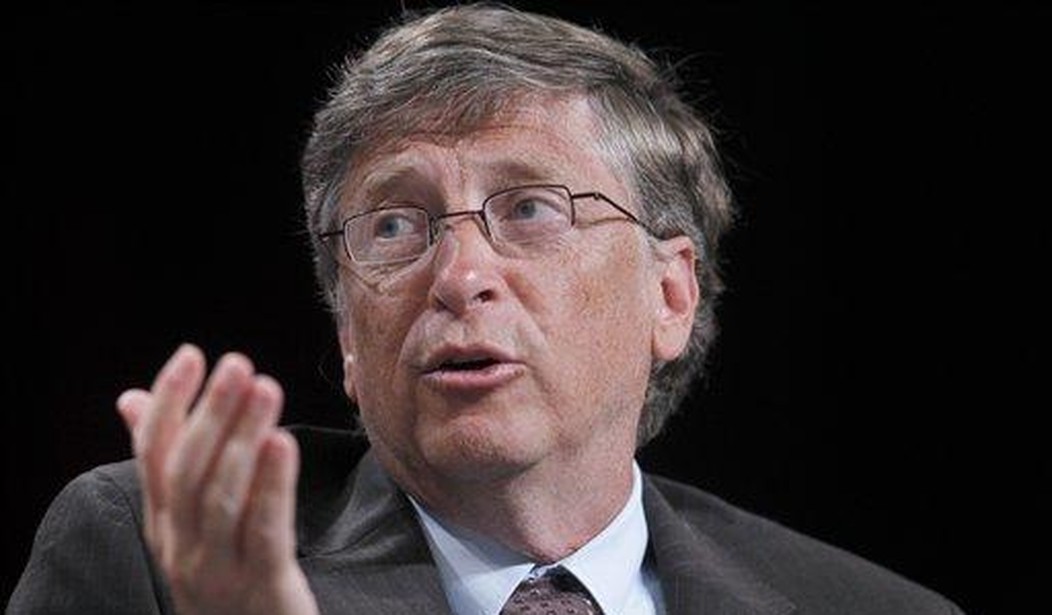 Billionaire Bill Gates recently called the rise of the greatest mass murderer in world history, the Chinese Communist Party (CCP), a “huge win for the world.” Gates also praised the extremely authoritarian COVID-19 lockdowns of Australia and urged the U.S. to be less hostile to China. Which lead to the question: Why is an American billionaire touting murderous totalitarianism and praising America’s worst enemy?

The Epoch Times reported that Bill Gates urged America and Australia to be conciliatory to the CCP. “I see China’s rise as a huge win for the world,” Gates enthused to the Lowry Institute in Sydney, Australia on Jan. 23. “[T]he current mentality of the U.S. to China—and which is reciprocated—is kind of a lose-lose mentality.”

The billionaire, who has been tied to vaccine scandals for years, mourned that U.S.-China hostility could impede medical progress and work on climate change. “That could be very self-fulfilling in a very negative way,” Gates said, referring to the “lose-lose mentality.” He did not seem concerned that China is the world’s biggest polluter and considers forced live organ harvests routine medical procedures. Not to mention the fact that the CCP is responsible for up to 500 million deaths.

”We’re all in this together. We’re humans. We innovate together and we have to change the modern industrial economy together in a pretty dramatic fashion,” Gates blathered. I contest the assertion that Gates is himself a human, but I find his vague plan for “dramatic” economic change worrying. What does he envision?

The Microsoft founder seems to admire failure if it leads to more money and power for elites. In fact, Gates, who invested hundreds of millions in the COVID-19 vaccines, once called vaccines the “best investment” he ever made, boasting to CNBC that he had made a 20-to-1 financial return on his vaccine investments (I guarantee at least some of that is a personal benefit). That’s probably why he loves Australia’s COVID-19 policies. Sure, the country rounded up COVID-positive citizens and transported them to “quarantine camps,” arrested escapees from the camps, and then imposed a restrictive COVID vaccine mandate (the vaccines that turned out to have been very ineffective at stopping the spread of COVID). But Gates is a fan nonetheless.

“Some of the things that stand out are that Australia and about seven other countries did population scale diagnostics early on and had quarantine policies … that meant you kept the level of infection low in that first year when there were no vaccines,” Gates enthused. Notice he did not say post-vaccine, when it turned out that the vaccinated make up the majority of COVID-19 deaths in multiple countries.

But the Australian government wasn’t the only entity whose failed measures were admired by Gates, according to Epoch Times. World governments imposed lockdowns at the recommendation of the World Health Organization (WHO). Suicides skyrocketed under lockdowns (including in Australia), particularly among young people, and a Johns Hopkins meta-analysis of many other studies concluded that the COVID-19 lockdowns had negligible benefits and caused massive harms. Yet Gates urged increased cooperation between world governments and the WHO for future pandemics.

”We need to be doing, every five years, a comprehensive exercise at both country and regional levels of pandemic preparedness, and you need a global group that’s scoring everybody,” Gates announced. “Scoring everybody”? Is Gates referring to the WHO Treaty, which would essentially give all power to impose lockdowns in most countries (including the U.S.) to the WHO? “The idea of large campaigns communicating with the public about infectious disease, they [the WHO] have some of those skill sets, and their work was incredibly beneficial,” Gates asserted.

Gates also hinted at future pandemics during a Jan. 21 meeting with Australian Prime Minister Anthony Albanese. “I’ve admired your work and your contribution,” he told Albanese, adding, “We’ve just been through the pandemic, but we need to prepare for future health challenges.”

While Gates seems to see China as the world’s savior, particularly in the medical field, the CCP continues to face critiques for its ongoing efforts to cover up the number of COVID-19 cases and deaths in China. Even state propagandist Hu Xijin recently expressed doubt regarding the CCP’s official statistics, Epoch Times noted.

Researcher Peter Zhang wrote for Epoch Times, “A report by UK-based analytics company Airfinity estimated 3.7 million COVID-19 infections and 25,000 COVID-19 deaths in a single day on Jan. 13, bringing the total death toll to 584,000 since Dec. 7, 2022.” He added, “That data, experts fear, is just the tip of the iceberg. Some estimated that the death toll could reach 200 million to 400 million people, given the growing infection rate.” Meanwhile, there are no statistics on the mass arrests and reported killings following widespread anti-regime and anti-COVID-measures protests in China.

Why is Gates lauding the CCP? What benefit does he perceive for himself and the world in the rise of Communist China?

Carmakers face a crossroads as they work to fit auto dealers into their EV plans
Florida man caught on viral video beating his dog gets 3-year prison sentence and is forbidden from owning any animals
Former NFL player dies just shy of 26th birthday
Cramer’s lighting round: Teck Resources is a buy
CNN Declares Booting Schiff, Swalwell Off Committee Is Break With ‘Tradition’