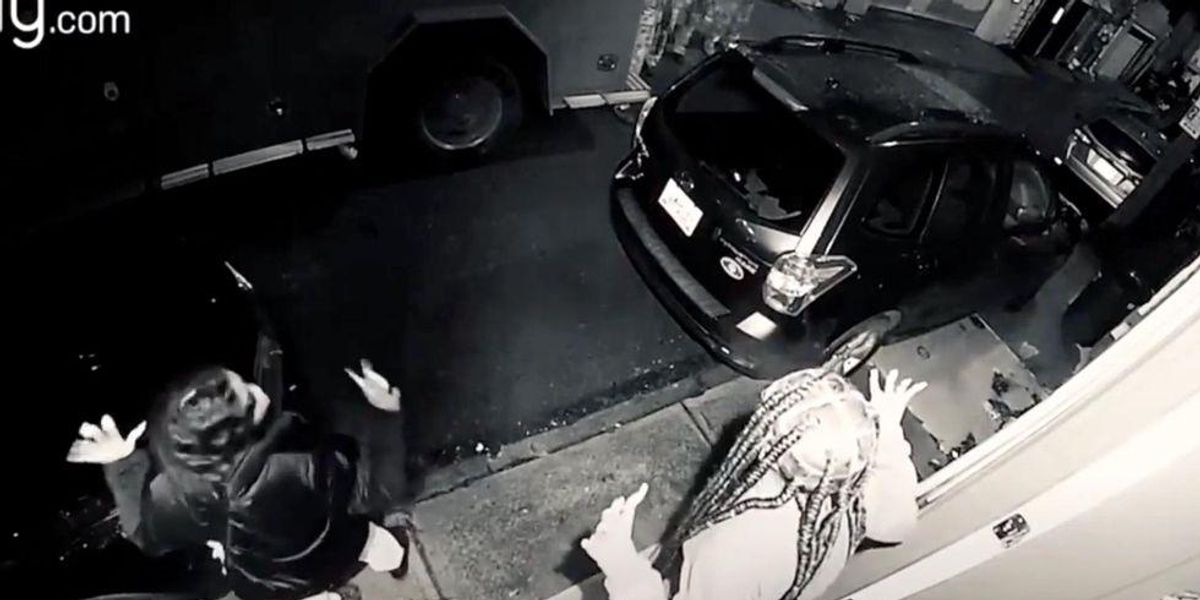 A SWAT team raided a vacation rental home in Pittsburgh, Pennsylvania, and arrested 4 people during the filming of a rap video.

WPXI-TV reported that a warrant suspect was spotted on a deck at about 1:30 a.m. Monday and ran into the house where a rap video was being filmed during a party. He refused to come out of the home, and police believed that there were other warrant suspects in the home as well as weapons, so they called in a SWAT team.

The owner of the vacation rental spoke to WTAE-TV and released video from his Ring camera showing the SWAT team raiding the house.

The video shows 7 women leaving the residence during the raid. They were identified and released.

They indicated that the suspects were arrested based on previous warrants related to multiple charges including attempted homicide, firearms violations, and juvenile probation violations.

Investigators said more than a dozen weapons were confiscated at the residence following a search warrant.

“I believe they were using those weapons as part of the staging for the video they were shooting as well as the contents at the property, it was all to stage a music video,” said the owner to WTAE.

The owner said he didn’t want to be identified to protect the marketability of his property.

“It’s very unfortunate because we work very hard to avoid any type of issues like this,” he said.

He also said that the person who rented his property did so under an assumed name and violated the terms of the vacation rental.

No shots were fired during the raid, and no one was injured according to WTAE.

In April, a mass shooting at an AirBnB rental injured 11 people and killed two others. The company condemned the incident and said that parties were strictly banned from the rental platform.

Here’s the video of the SWAT raid on the rap video: