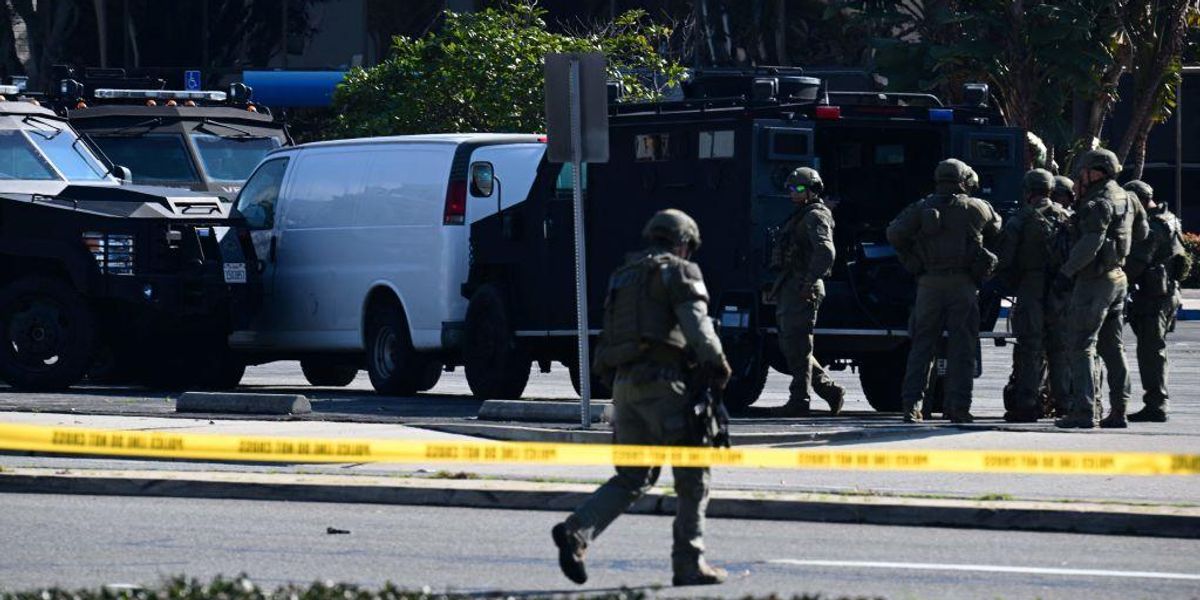 The suspected Monterey Park shooter who killed 10 and injured 10 others is dead, according to a new report. The suspect reportedly killed himself.

CBS News reported that the Monterey Park shooting suspect is dead. The outlet cited law enforcement sources that said the shooter fatally shot himself inside a white van.

SWAT team agents bashed the passenger window open and entered the vehicle. The officers searched the van and exited soon after.

Law enforcement sources believe that the suspect shot and killed himself inside the white van that police had surrounded.

Images of the van show a person slumped in the driver’s seat and the head on the steering wheel.

Los Angeles County Sheriff Robert Luna informed reporters on Sunday afternoon that a person was barricaded in a van, but did not confirm if it was the suspect.

Late Saturday night, the gunman shot people at the Star Ballroom Dance Studio in Monterey Park. Then about 30 minutes later, the shooter entered the Lai Lai Ballroom in nearby Alhambra. He entered with a gun. The patrons at the dance hall wrestled his gun away, and eyewitnesses said the suspect fled in a white van.

Luna noted that the suspect’s firearm was not a high-powered assault rifle.

Authorities have not revealed a possible motive for the deadly shooting.

Police released an image of the suspect on Sunday, but did not reveal the man’s name. The special bulletin said the adult Asian male standing about 5 foot 10 inches tall was involved in the Monterey Park shooting and was considered armed and dangerous.

This is a developing story and will be updated when new details become available.

u201cOn Saturday January 21, 2023 at 10:22 PM the suspect male/adult/Asian pictured above was involved in a shooting. Investigators have identified him as a Homicide suspect and he should be considered armed and dangerous. nContact LASD Homicide with any information at 323-890-5000.u201d

Library That Banned Christian Book Story Hour Backs Down After Legal Challenge
Ford CEO Jim Farley’s frustration builds as he vows to transform the automaker
Democratic senator taken to task for eyebrow-raising tweet: ‘MAGA Republicans think they know better than women about abortion’
Biden Dodges Blame For Inflation: ‘It Was There When I Got Here, Man’
Teen girl killed in suspected shark attack while swimming with dolphins