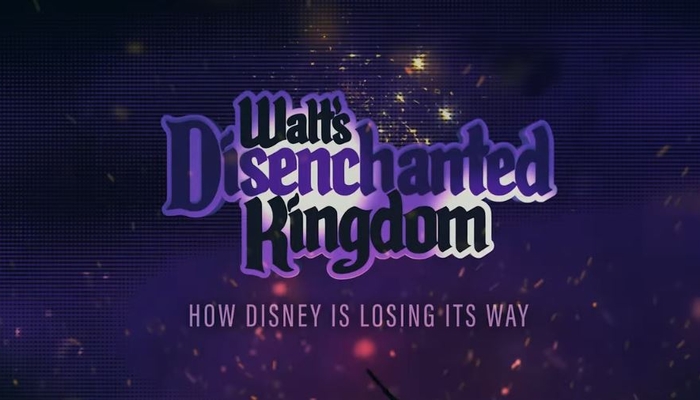 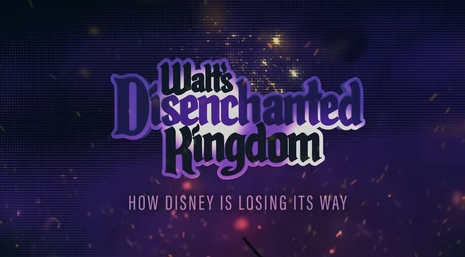 “Once upon a time, if it was a Disney movie, you knew it was going to be safe for children,” Media Research Center (MRC) Founder and President Brent Bozell says at the beginning of a new documentary, “Walt’s Disenchanted Kingdom,” set to premiere next week on Monday, January 23.

Subtitled “How Disney is losing its way,” the film explores Disney’s degeneration from an iconic, beloved family entertainment enterprise to an activist political operation opposing parental rights and bent on indoctrinating children into liberal, “woke” gender and sexual ideologies.

It explains how huge asset management companies have succeeded in pressuring companies like Disney to push a radical environmental, social and governance (ESG) agenda to and support subjecting young children to age-inappropriate sexual subjects without parental consent or knowledge.

The hypocrisy of Disney’s censorship practices is also exposed in the documentary, which details how the company is deleting content that might offend those in the Chinese and Middle East markets – but, including the offensive material in the U.S., in the name of “free speech.”

The film describes how Disney is promoting LGBTQ sexuality, publicly opposing Florida’s parental-rights law, rejecting the nuclear family, and even producing a streaming show called “Little Demon” – about a teenage girl who is the child of Satan.

Disney has gone so far as to denounce some of its most cherished, family-friendly works, deeming them offensive.

“You know, if you spend all your time with a microscope trying to find something that will offend somebody, you never have any time to actually spend on creating truly inspirational material,” Dr. Carson says, noting that woke ideology is based on creating division, not unity:

“Why should you give someone else the power to tell you what you’re supposed to be offended by?”

Watch the trailer for “Walt’s Disenchanted Kingdom” below:

Editor’s Note: This piece was originally published on CNSNews.com