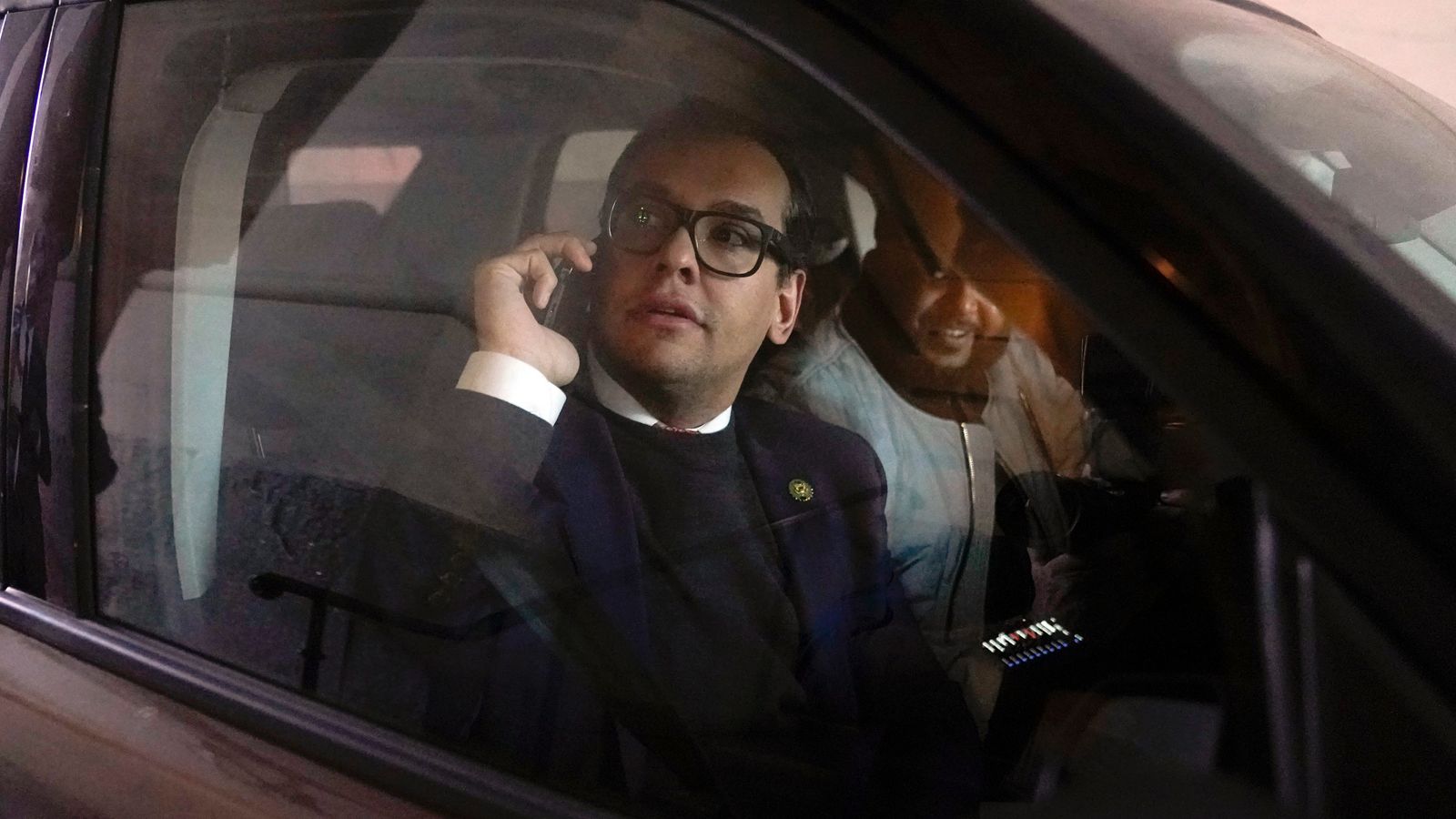 Scandal-ridden US politician George Santos has denied participating in a drag show after video appeared to show him in a dress, necklace and earrings at a gay pride parade in Brazil.

Video obtained by Reuters appeared to show Santos in drag at a gay pride parade in Niteroi, Rio de Janeiro in 2005.

A performer who goes by the stage name Eula Rochard told the news agency she became friends with Santos at the parade – and that he performed in a drag show three years later.

Another person claimed he had aspired to become Miss Gay Rio de Janeiro.

Santos described the claims as “categorically false”, adding: “I will not be distracted nor fazed by this.”

He is the first non-incumbent openly gay party member elected to the House of Representatives.

And Santos was yesterday appointed to a pair of powerful committee positions by newly elected Speaker Kevin McCarthy.

But the New York representative has come under fire over a series of scandals.

He has admitted he did not graduate from college or work at two major Wall Street firms listed on his CV.

Santos claimed his mother was inside the World Trade Center during the 9/11 terrorist attacks, but records obtained by NBC News suggest she was living in Brazil at the time. His campaign website said his mother died a few years after the attacks; she died in 2016, according to US media reports.

He has also faced claims of dishonesty over his account of his Jewish descent and claims he stole $3,000 from a fundraiser to save a veteran’s dying dog.

Santos was accused of hypocrisy after prominently backing the Florida Parental Rights in Education Act, which outlaws classroom discussions of sexual orientation and gender identity and has been labelled the “don’t say gay” bill.

The under-fire politician has been urged to resign by colleagues in the House of Representatives and his local Republican Party.

But the Republicans’ national leaders have stood by him.

The party has a majority of just four in the House of Representatives, making Santos’ presence crucial.

If he resigned, a special election in his Long Island district could result in a Democrat victory.

Santos voted for McCarthy in all 15 votes needed to elect the speaker to leadership of the House.