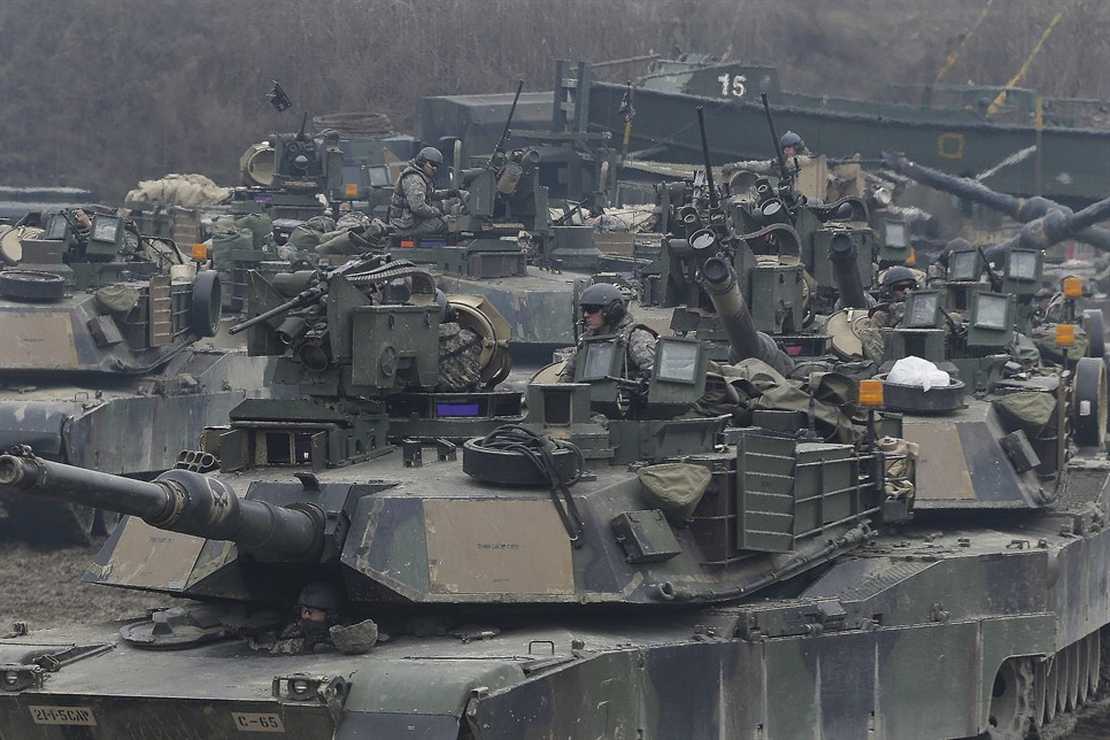 On Friday at Ramstein Air Force Base in Germany, the military leaders and defense ministers of the coalition of countries supplying military aid to Ukraine met to decide a critical question: should the allies escalate the war against Russia by supplying Kyiv with modern battle tanks?

It’s a critical question because the allies have already crossed several assumed red lines drawn by Moscow, including supplying Ukraine with Patriot Missiles, which the U.S. knows Russia sees as an escalation of American involvement.

But tanks are another question altogether. Russia knows that modern Western tanks, including the U.S.’s Abrams and Germany’s Leopard 2, can outperform Russian armor on any battlefield. It would give Ukraine a decisive advantage in an expected spring offensive and give Kyiv the ability to repel any major offensive by Russia.

Ukraine would prefer the Leopards because they’re a lot easier to resupply and maintain. The U.S. Abrams — a sixty-ton behemoth — runs on a jet engine and has specialized maintenance needs. Training up Ukraine’s maintenance crews to service the Abrams would take time, and there’s no chance that Joe Biden would send Americans to do the job.

Nevertheless, Germany is balking at sending the Leopards unless the U.S. sends a token number of Abrams. Germany’s hesitation is rooted in a military culture that has been ultra-cautious since the end of World War II and reflects Chancellor Olaf Scholz’s desire not to stick Germany’s neck out too far.

Scholz, an unshakably self-confident politician with a stubborn streak and little taste for bowing to public calls for action, has stuck resolutely to his approach. He has said that Germany won’t go it alone on weapons decisions and pointed to the need to avoid NATO becoming a direct party to the war with Russia.

As pressure mounted last week, he declared that he wouldn’t be rushed into important security decisions by “excited comments.” And he insisted that a majority in Germany supports his government’s “calm, well-considered and careful” decision-making.

The rest of the allies are stuck. Several of them, including Poland, want to send Leopards to Kyiv but are prevented from doing so because of German export controls. Berlin has control over all 2,000 Leopards in Europe.

“Hundreds of thank-yous are not hundreds of tanks,” he told the gathering via live video earlier on Friday, speaking in English. “All of us can use thousands of words in discussions, but I cannot use words instead of guns.”

“This is a crucial moment,” U.S. Defense Secretary Lloyd Austin said when opening the Ramstein session on Friday morning. “Russia is regrouping, recruiting, and trying to re-equip,” he warned, adding: “this is not a moment to slow down — it’s a time to dig deeper.”

The tank imbroglio means that there is little likelihood that Ukraine will receive the hundreds of tanks it needs to be a difference maker in any offensive in time. Crews would have to be trained, and the logistics of resupply would have to be worked out. So the U.S. is quietly telling Ukraine to hold off on the offensive preparations and wait until its army is well and truly ready.

Uppermost in the minds of all nations supplying weapons to Ukraine is the belief that, at some point, the allies are going to cross a line, and Vladimir Putin will lash out in response. Then there’s always the danger of success. The closer Putin gets to defeat, the more unpredictable he will get.

Frankly, I don’t trust Joe Biden to keep us out of a war with Russia. And because of that, giving tanks to Ukraine is just one more provocation that keeps us on the road to confrontation with Russia with unimagined consequences.