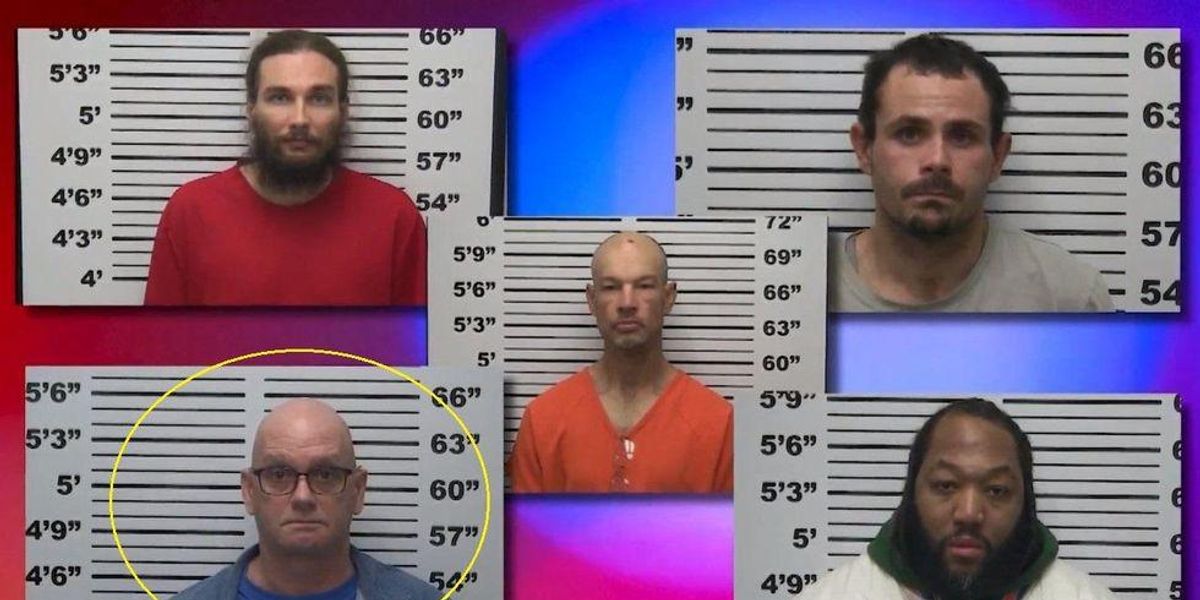 On Tuesday, five inmates at the St. Francois County Detention Center in Farmington, Missouri, took advantage of “quite a coincidence” at the facility. The Francois County Sheriff’s Department alleged that at around 7 p.m. that evening, Larry Bemboom, 52, Dakota Pace, 26, Aaron Sebastian, 30, Lujuan Tucker, 37, and Michael Wilkins, 40, managed to make their way to a “secure cell” and then “through a secured door by use of force.” After crawling through plumbing and ventilation systems, they then supposedly climbed to the roof before descending onto the ground outside.

“They went through a cell that should have been off limits, found a piece of metal in there to pry the door open with, and come up on the roof,” said Sheriff Daniel Bullock.

The escapees were then spotted on surveillance cameras. The suspects had discarded their orange detention clothing and donned various combinations of thermal leggings, boxer shorts, basketball shorts, and white or black T-shirts. They allegedly stole a gray 2009 Toyota Scion and then drove off the premises. The five were discovered missing at around 10 p.m. during the evening head count, the New York Post reported.

The car, which has temporary Missouri plates, was spotted headed “in a southerly direction,” the police report stated. No sightings of the vehicle or the suspects have since been reported. “Car was sitting there with temporary plates on it, so we could not track it,” Bullock added. “Full of gas, credit cards in the car. I mean, there were all these things. These guys were lucky.”

The alleged fugitives were all facing felony charges at the time of the incident. Bemboom, who now claims he’s a woman and goes by the name Kelly McSean, is a “known sex offender,” the police report said, as are Sebastian and Tucker.

Bemboom was convicted of sexually assaulting a woman in 2003 and is currently accused of sexually assaulting a 39-year-old woman and of damaging property belonging to the state’s department of mental health. In 2012, Sebastian pled guilty to statutory sodomy of a 7-year-old girl and is currently facing charges of statutory sodomy of an 8-year-old girl and a 9-year-old girl. Tucker is also facing sodomy and assault charges and has a conviction for the statutory rape of a 12-year-old girl in 2003. All three were “being held for crimes committed while confined in the Missouri Department of Corrections Sexual Offender Treatment Center,” the report claimed.

Pace is facing multiple charges, including resisting arrest, stealing, and tampering with a motor vehicle. Wilkins has been accused of burglary and violating probation, indicating he has a prior conviction. All five are considered “dangerous,” and the Missouri State Highway Patrol and the United States Marshals Service have since joined the manhunt. The U.S. Marshals have offered rewards for information that leads to the capture of each suspect. The rewards total up to $20,000.

Anyone who may have seen any or all of the suspects is advised not to approach them. “If you know of the location of any of the escaped inmates contact the St. Francois County Sheriff’s Department at (573)756-3252 or Joint Communications at (573)431-3131,” the report concluded. “If you spot any escaped inmate, call 9-1-1 and do not approach the fugitives.”

“We have a very secure facility,” Bullock asserted. “This was human error, that’s what happened.”