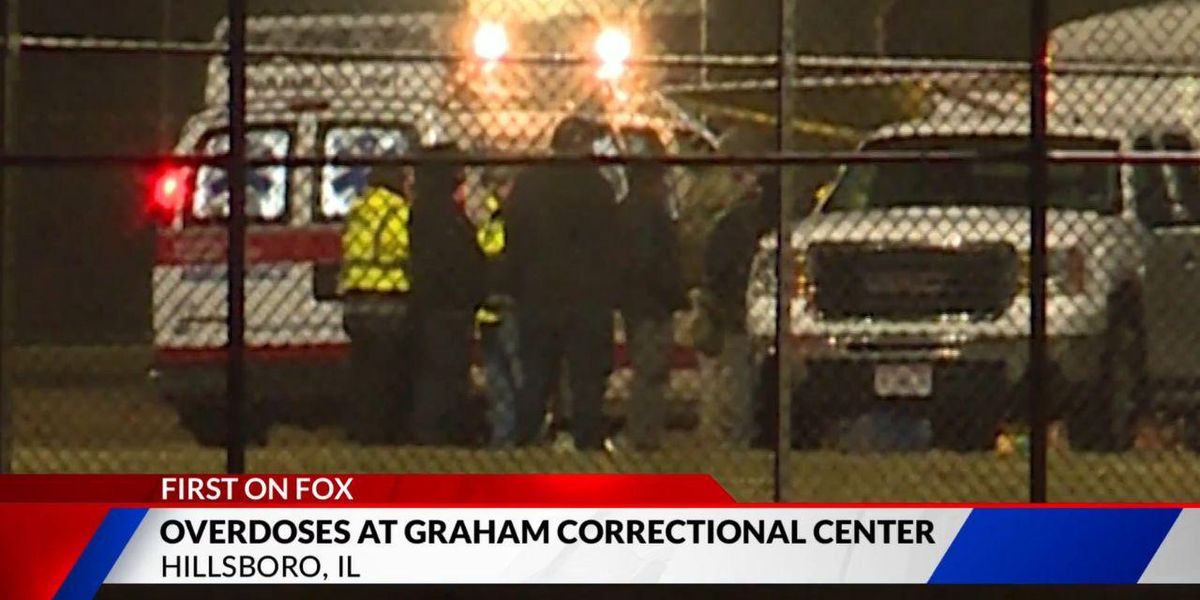 Several prison staff and inmates at a rural Illinois corrections center were hospitalized on Wednesday after exposure to an “unknown substance,” which possibly caused a mass overdose, KTVI reported.

According to officials, 18 employees from John A. Graham Correctional Center in Hillsboro were transported to local hospitals after becoming ill while responding to a “medical incident involving individuals in custody who appeared to be under the influence of an unknown substance.”

An undisclosed number of inmates were treated at the prison’s health care unit.

John A. Graham Correctional Center is a medium-security facility for adult males that currently houses 1,328 inmates.

Department of Corrections spokesperson Naomi Puzzello stated, “All staff members who may have potentially encountered the unknown substance were also sent to a local hospital, as a precaution. All staff are stable currently and many have already been discharged.”

Puzzello reported that a hazardous materials team with the Illinois State Police is investigating the incident and trying to identify the substance.

Local sources told KTVI that the substance is fentanyl, but the state has not provided confirmation.

Anders Lindall of the employee union American Federation of State, County and Municipal Employees Council 31 told the Associated Press that some staff became violently sick when they came near the affected inmates.

“Those who were in proximity to the inmate were immediately overcome with a variety of symptoms: Lightheadedness, dizziness, vomiting or feeling nauseous,” Lindall explained.

Law enforcement officials told KTVI that local agencies had requested all available NARCAN be delivered to the corrections facility.

According to Lindall, the AFSCME has been pushing prisons to tighten search protocols to reduce the risk of prison staff coming in contact with dangerous substances.

“The issue of exposure to harmful substances in prisons is increasing,” Lindall said. “AFSCME has been sounding the alarm for months to tighten up the protocol for both incoming mail and visitor screening.”

Lindall noted that most of the affected staff members have already been released from the hospital, but some were kept for observation and testing.

Hillsboro Area Hospital, where eight affected prison employees were treated, stated, “All patients are currently in stable condition and will continue to be monitored as needed. The initial 911 page was sent out around 2:38 p.m., and this is an ongoing situation. Hillsboro Area Hospital implemented our mass influx plan. All transported individuals were provided immediate care, including decontamination. The Hillsboro Hospital Administrative Team would like to thank our team members, Local EMS, Law Enforcement Officers, and County EMA for quick assistance.”