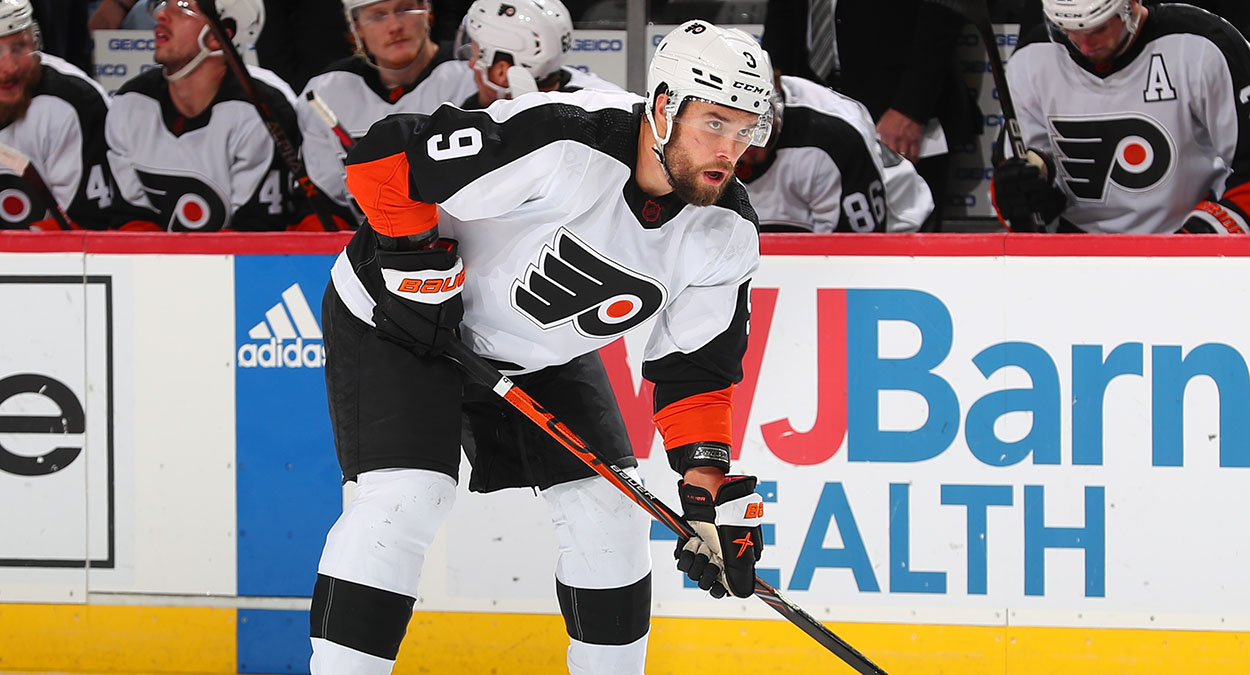 A Christian ice hockey player took a public stand for his faith against his team’s embrace of LGBT activism.

Ivan Provorov, an ice hockey defenseman and alternate captain for the Philadelphia Flyers in the National Hockey League, declined to wear the team’s LGBT warmup jersey for the Pride Night Tuesday night following the team’s 5-2 home win over the Anaheim Ducks.

“I respect everybody’s choices,” Provorov told reporters, according to footage captured by Associated Press sportswriter Dan Gelston. “My choice is to stay true to myself and my religion.” He identified his faith as “Russian Orthodox.”

Provorov, who was born in Yaroslavl, Russia, and played hockey there, moved to Wilkes-Barre, Pennsylvania, at age 13.

The Flyers announced Tuesday that they would host their annual “Pride Night celebration” “in celebration and support of the LGBTQ+ community” after the game.

Prior to the game, Flyers players will wear special Pride-themed warmup jerseys and use warm-up sticks wrapped in rainbow Pride tape. Both the jerseys and sticks will be auctioned off by Flyers Charities following the game with proceeds going to Flyers Charities and their efforts to grow the game of hockey in diverse communities.

Also before the game, the Flyers hosted a “pre-game skate for local LGBTQ+ youth and officers from the Greater Philadelphia G.O.A.L. organization.” That organization advocates for “LGBTQ+ first responders and military members,” aiming to “educate first responders in LGBTQ+ competency” and “provide community outreach… between the LGBTQ+ public and first responder agencies.”

Before Provorov’s comments, the team released a statement expressing its support for “inclusivity” and for “the LGBTQ+ community,” ESPN reported.

“The Philadelphia Flyers organization is committed to inclusivity and is proud to support the LGBTQ+ community,” the statement reads. “Many of our players are active in their support of local LGBTQ+ organizations, and we were proud to host our annual Pride Night again this year. The Flyers will continue to be strong advocates for inclusivity and the LGBTQ+ community.”

Most Christian churches throughout history have condemned homosexual activity and cross-dressing. Most Christians interpreted Bible passages such as Leviticus 18:22, Leviticus 20:13, Romans 1:24-27, 1 Corinthians 6:9-10, 1 Timothy 1:8-11, as condemning homosexual activity, and verses such as Deuteronomy 22:5 as prohibiting cross-dressing. In response to the growth of transgender activism, Christians have pointed to Genesis 1:27, among other passages, as stating that God created humans male and female.

The Russian Orthodox Church, based in Moscow, has condemned homosexual acts as sinful but has also opposes harassment of gay people, the Russian government-funded outlet RT reported.

“Showing off one’s sinful acts, attempts to involve others in them, should be opposed to by the law,” Vladimir Legoyda, the chairman of the church’s Public Relations and Information Department, said. “But nobody should be humiliated.” He urged people with “sinful propensities” to discuss them with a priest or a therapist.

Russian Patriarch Kirill I has endorsed President Vladimir Putin’s war against Ukraine, framing the war as a just defense against liberal conspiracies to infiltrate Ukraine with “gay parades.”

“We have been raised throughout our history to love our fatherland, and we will be ready to protect it, as only Russians can defend their country,” he said in an April sermon.

Provorov has declined to comment on the Ukraine war, but his decision to sit out the “Pride Night” reflects a theological stance that goes far beyond the Russian Orthodox Church.