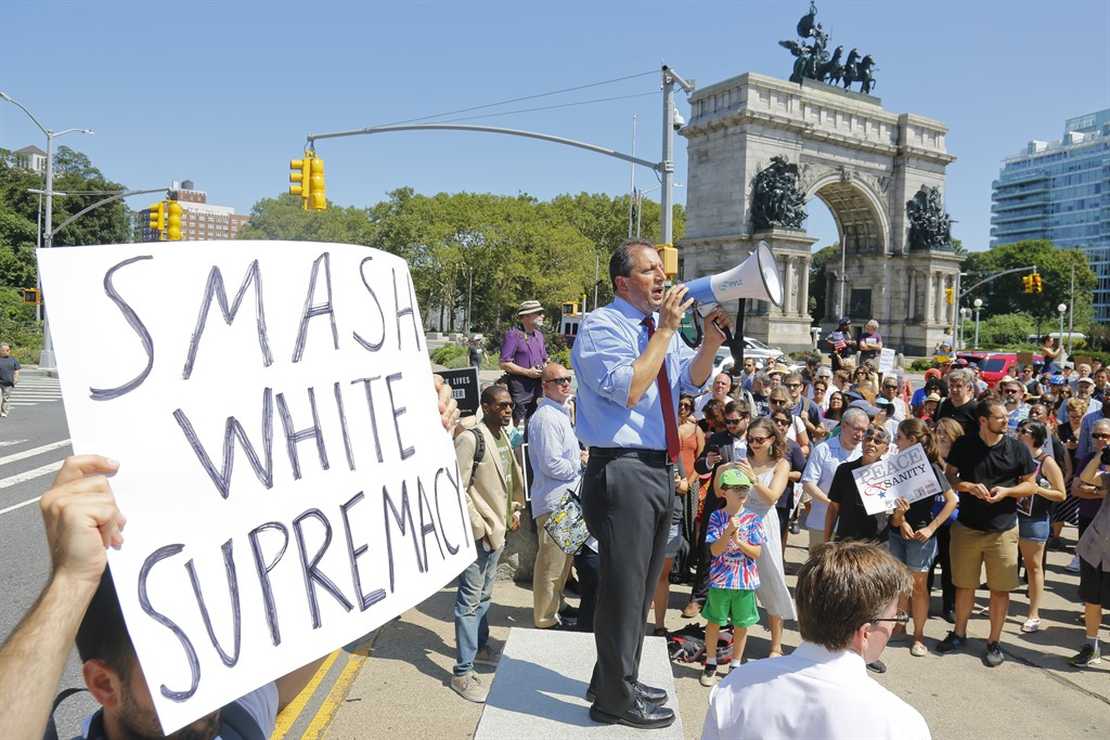 Do you remember the good old days when any criticism you’d make of Barack Obama or his policies made you a racist by default?

Why am I even talking about that as if it were only in the past? Frankly, you still can’t criticize Barack Obama without the left accusing you of being racist. In fact, I dare say there’s nothing white people can do without someone somewhere calling it racist.

Well, buckle up, everyone, because a new bill has been introduced by Rep. Sheila Jackson Lee (R-Texas) to combat “white supremacy” by criminalizing some forms of “hate speech.”

What exactly connotes a conspiracy to engage in white supremacy, you ask? Well, it includes the publishing of material “advancing white supremacy, white supremacist ideology, antagonism based on ‘replacement theory’, or hate speech that vilifies or is otherwise directed against any non-White person or group.”

The question is, what exactly is “white supremacy,” according to the left? Sports writer Dave Zirin accused President Trump of white supremacy for doing the tomahawk chop when he attended game four of the World Series in 2021.

Two years ago, New York Times editorial board member and MSNBC contributor Mara Gay equated the American flag with white supremacy because Donald Trump supporters like to carry American flags. It seems that on a daily basis, we find out that something new has been deemed racist by the perpetually outraged left.

Part of the reason for the recent attempt by the Biden administration to ban gas stoves was based on the accusation that emissions from these appliances disproportionately impact minority communities. Similarly, fireworks were deemed racist because, allegedly, the pollution they cause disproportionately affects minority communities. Exercise and physical fitness have been called racist. Standardized tests, math, and even grammar have been called racist. If you dared to say “all lives matter” instead of “black lives matter,” well, that was considered racist, too.

It’s hard to believe that Lee’s proposed legislation has the best of intentions when it is so broadly written, and the radical left seems to find racism everywhere and link everything to white supremacy.

We can laugh about this stupid bill now because we know it won’t go anywhere while Republicans control the House of Representatives. But who knows what might happen the next time Democrats have one-party control of the government. Could legislation like this be used as a pretext to criminalize any speech the left doesn’t like? I’ve written three books critical of Barack Obama, and I’ve been called a racist more times than I can count because of that. Would I be guilty of publishing material “advancing white supremacy” under Lee’s legislation? Would this post criticizing her and her stupid bill be considered “advancing white supremacy,” because she is a minority?

This is the kind of stuff that may seem silly to ask now, but sadly, it could become a reality the next time Democrats have total control.

Beauty company claims dictionary examples of the word ‘beauty’ are ‘limiting and exclusive,’ calls for change
New Jersey councilman charged with selling cocaine, meth to undercover cop
CNN Slams Left-Pleasing ‘He Gets Us’ Ads for Jesus As a…Right-Wing Conspiracy?
Pentagon ‘confident’ spy balloon aloft in US airspace is Chinese
GM smashes expectations and guides toward a strong 2023, despite margin squeeze