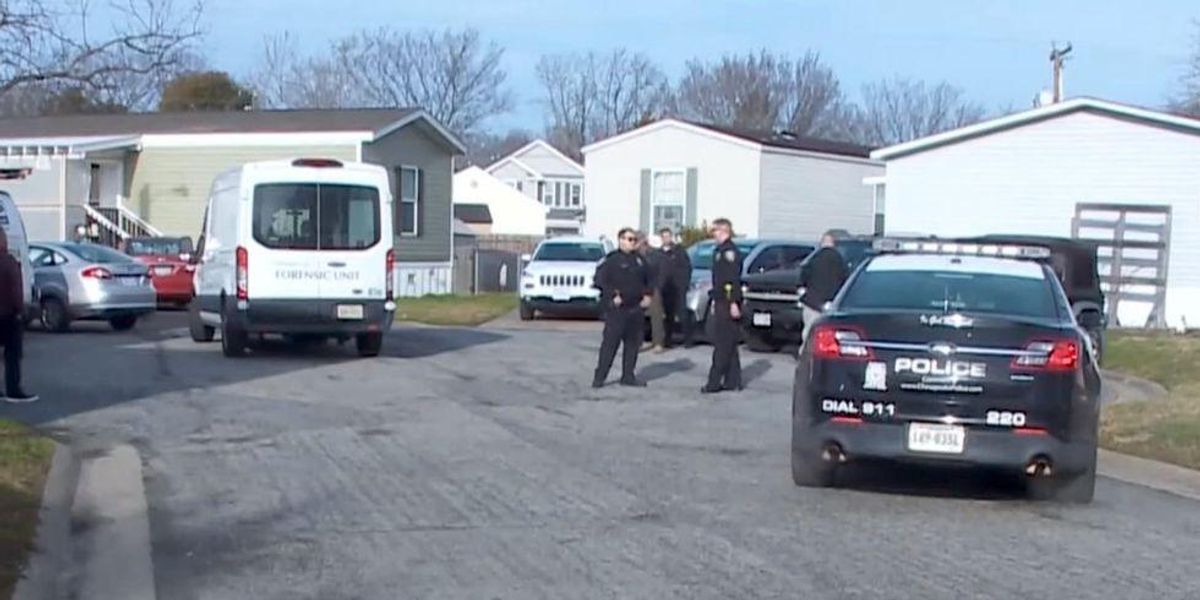 A 15-year-old was arrested and charged for the brutal murders of his adoptive parents in Chesapeake, Virginia.

The Chesapeake Police Department said it was called to a report about people being hurt on Tuesday at about 6:30 a.m.

When officers arrived at the home of 61-year-old Donna Daugherty and 60-year-old John Daugherty, they found that they had been killed by the use of a knife and/or a hammer, police said.

Police said they believed the 15-year-old son of the couple had killed them. His name was not released because of privacy protections for minors.

Other neighbors said they were shocked by the murders.

“I mean, I just can’t believe this even happened. I’m still shocked by it. As soon as I came in, my sister asked me have you been watching the news? I’ve been at work all day,” said Eddie Gray to WTKR-TV.

He went on to say the two were very devoted parents.

“Yeah, I’ve only seen the kid one or two times. But he wasn’t even the type, he didn’t seem like the type of kid that would do anything like that. At all. I mean it’s just nuts,” Gray continued.

He added that his sister had spoken to one of the victims just the day before the murders.

The teen was charged with two counts of aggravated murder. Police did not release the possible motivation for the murders.

Here’s a local news report about the harrowing incident: