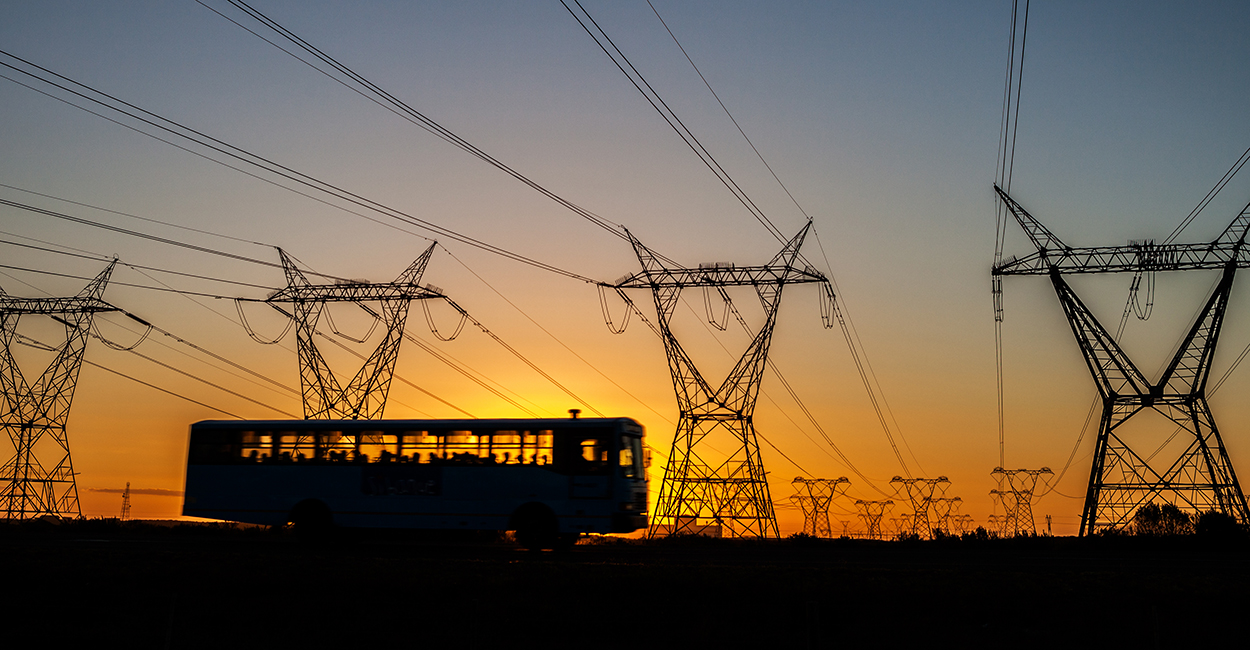 Despite vast reserves of coal, Eskom, the largest government-run utility in South Africa and on the continent, fails to provide reliable power and operates at only 50% of capacity.

South Africa used to have a well-functioning energy sector that was the envy of all Africa, but because of ongoing government corruption and incompetent management, its poor performance and regular blackouts are now a problem for the country’s residents and the economy.

The obvious solution is to auction off the coal-fired and other power plants to private companies and allow them to compete to offer power to the grid. A profit motive would result in better performance. But privatizing the power plants that feed the grid is politically unpopular within the ruling alliance of the African National Congress, the Communist Party, and some trade unions.

In December, Eskom CEO André de Ruyter, who was trying to reduce corruption at Eskom, was taken to the hospital and treated for cyanide poisoning after drinking a cup of coffee in his office. When a CEO tries to investigate corruption, including internal sabotage from suppliers who want more work, certain people may not want him around.

The incident came the day after de Ruyter had tendered his resignation, which was to take effect March 31. It is now being investigated as an assassination attempt.

Eskom is riddled with corruption and has been badly managed for the past 25 years. South Africa is now suffering from the worst electricity blackouts on record, which is affecting the economy badly. Eskom’s problems are emblematic of what has gone wrong under the past 30 years of ANC rule which has come to be associated with a corrupt and incompetent State.

South Africa’s Zondo Commission detailed corruption in the country’s public sector in a series of reports on “state capture,” which is defined by the World Bank as the collusion of private firms with the state to gain financial advantages. Justice Raymond Zondo is now the South African chief justice.

Following investigations and hearings between 2016 and 2022, the reports and accompanying materials contain a petabyte of data—the equivalent of billions of pages of printed text, according to South Africa’s National Prosecuting Authority. This includes 533 pages on Eskom in two separate reports, found here and here.

The sixth and final volume of the report recommended prosecution of the Guptas and former Eskom officials responsible for the fraudulent contracts. Some of the Guptas are in Dubai, awaiting extradition to stand trial in South Africa.

Load shedding, known in America as blackouts, has become a normal facet of life in South Africa and even has predictable stages, ranging from Stage 1 (reducing power for two hours at a time over a four-day period) through Stage 8 (reducing power for 12 hours out of every 24). South Africans are angry about it but try their best to adapt.

Many South Africans have a phone app that sometimes gives them accurate information about blackouts. But some blackouts are unpredictable, due to the theft of transmission cable or breakdowns, leaving families unable to cook dinner or use computers for children’s homework.

Without electricity, small businesses and farmers are left without refrigeration and must discount perishables for quick sale. People can show up at work and find that the power is out, so they sit in offices unable to work. Municipal water gets cut off because pumps have no power. Raw sewage spews into the sea and spreads E. coli infections and forces beach closures.

Food security is also threatened. The country’s biggest poultry producer, Astral Limited, does not meet market demand due to power cuts. This directly affects fast-food outlets such as KFC as well as the availability of meat in grocery stores.

As a result of the corruption and mismanagement, Eskom has 45,000 megawatts of baseload capacity in coal, enough to run the country, but power plants are poorly run and maintained. Generating all available megawatts requires efforts to systematically fix power stations, starting with the best-equipped plant and working through to the worst.

Maintenance requires a certain amount of deliberate load shedding while the power plants are down for maintenance. Putting the entire country on Stage 2—reducing power by 2,000 megawatts, six times over a full-day period for two-hour stints—would enable power plants to be repaired. But because losing power is unpopular, operators repair small sections but neglect in-depth repairs.

Maintenance also requires a workforce trained in repairs, and this technical workforce has dwindled over the years. Skilled workers may have to be brought in from other countries to complete repairs on power plants as quickly as possible.

The electrical grid is still operational, but also cracking at the seams, requiring maintenance. The problem is not getting energy from renewables to the grid but generating electricity from the power plants.

In addition to the coal-fired power, hydroelectric power and natural gas lines are brought online in times of peak demand. Eskom also operates Koeberg, the only nuclear power station in Africa, but this 39-year-old plant also requires maintenance assistance from the French firm Framatome.

As previously stated, the solution is to auction off the power plants to private companies and allow them to compete to offer power to the grid. But auctioning off power plants needs support from politicians, and that support is not coming.

Instead, South African President Cyril Ramaphosa is shuffling the deck chairs on a sinking ship, moving Eskom into the Ministry of Energy.

Six months ago, the president tasked the National Energy Crisis Committee, comprising various ministries, to make a plan to end power cuts. The committee has announced that it is pushing to cut red tape to allow independent electricity generators to be connected to the grid more quickly. This decision came after the Renewable Energy Independent Power Producer Procurement Program, a program designed to supplement coal-fired power with wind, biomass, and hydroelectric power, failed due to a shortage of power lines.

American Enterprise Institute’s Lachman said, “The chances of real reform of Eskom are close to zero under ANC rule, as can be seen from the huge internal party difficulties that President Ramaphosa is having in trying to clean it up. The chances of it being privatized under the ANC are even less, given that this runs counter to the ANC alliance’s antipathy to the markets.”

Paradoxically, South Africa is using private companies in a different way: asking them to sell power back to the grid. Large mining operations have built their own generating capacity, often powered by expensive diesel fuel, that is not always fully used. Selling this power back to the grid adds extra capacity—but is no substitute for the reliability that could be achieved by repairing existing infrastructure.

Although many ANC delegates are concerned that Eskom’s woes might cost them the election in 2024, no political party is running for office on the platform of improving electricity. No party has even made power generation central to a manifesto. Privatization could help the power sector and rescue the economy, but corruption has made this solution politically impossible.

Why Chloe Cole Deserves the Jazz Jennings ‘Trans’ Treatment—and More
College Board admits defeat at the hands of Ron DeSantis, and liberals are outraged: ‘A win for fascist intimidation’
Anti-Semitic MSNBC Claims Israel Turned West Bank Into An Apartheid
‘I’m of Puerto Rican descent and I find it offensive’: Democrats seek to ban government use of ‘Latinx’ in Connecticut
UPS and the Teamsters prepare for high-stakes talks with union contract set to expire