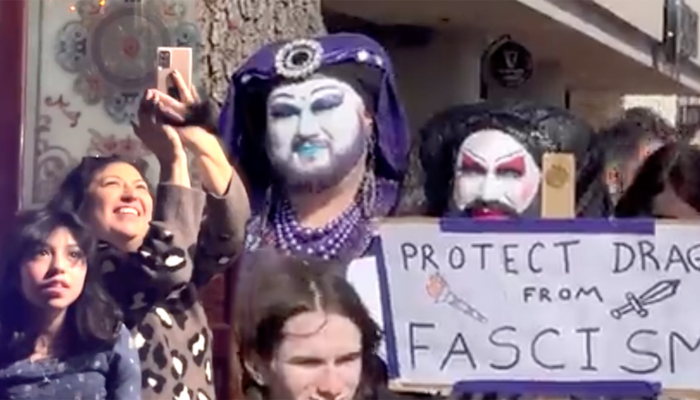 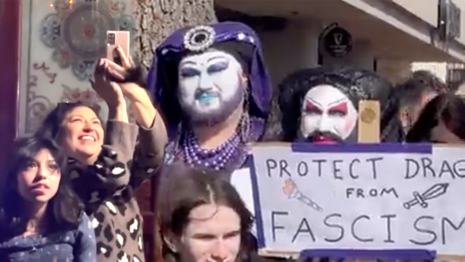 An “all-ages” drag show event in Dallas had a great audience turnout, including local legislators, parents and children, according to Taylor Hansen of the Texas Family Project.

The event opened with audio that condemned “far-right” protesters who think that drag queens shouldn’t interact with children. Yeah … those crazy right-wingers …

In the clip one woman’s voice claimed “I don’t believe that I should be seeing signs advertising to our children to be dancing on stage with men in thongs and inappropriate clothing and makeup,” but it seems to have been played as a statement for the audience to disagree with.  The rest of the video had melancholy music and brought up “anti-LGBTQ”  groups or protests and ended with how the LGBTQ community is “not backing down.”

This was the audio the Drag Queens opened the show with: pic.twitter.com/1siWpYvjAn

Councilmen Jesse Moreno and Paul Ridley were in attendance as well as State Representative Venton Jones. The three gave speeches while drag queens stood in solidarity and the audience roared.

Moreno’s speech thanked the audience for the attendance and claimed that “there is no place for hate in the city of Dallas.” He declared it his purpose to “educate” on “basic human rights” and “dignity” which apparently include the “right” to groom kids by bringing them to a drag show.

As for dignity, it’s a drag show.

Jones stood up to share his sentiments and said he’s proud that the “LGBTQ community raised” him and deplored “anti-LGBTQ” amendments in other areas of Texas, like one that would ban “lawmakers from even being able to put their gender pronouns in their signatures.” The horror.

Ridley said the event was a “statement” that “hate is going to be banished” in Dallas. He also said “and I’m so proud it’s being held in District 14, because you’re standing up for your rights and what you want to do with your lives. And let’s all have fun today!”

A mother at the event brought her children and said it was “no different” than what they hear at home. Her son was also wearing a cross necklace in the video.

What in the hell kind of home is this mother running?

One of the drag queens got on stage and said “I think it is up to a parent to decide who and what they want to introduce their kids to … so I think that, in all honesty, every part of these protests are moot,” claiming that if parents don’t want to expose their children to drag then simply not to come. He also claimed that the world is flawed and kids have been “hidden away” from the world for along time. AKA, not enough kids know about drag and “how beautiful it is” and that’s apparently a problem.

A mother who brought her children stated it is no different than what they hear at home.

The event also had many people gathered outside including some armed ANTIFA, other drag queens and parents with their kids. Most notably were signs that said “protect drag from fascism.”

The current scene outside of BuzzBrews Bar in Dallas, TX.

They are hosting an “all ages” drag show.

Armed ANTIFA, Drag Queens, and parents with their children are in the crowd. pic.twitter.com/UDKbII1UFZ

Ultimately, the event was a hot mess. Whether it was because of the drag queens talking about licking genitals, the legislators in attendance or the kids, it was not a sight for sore eyes.