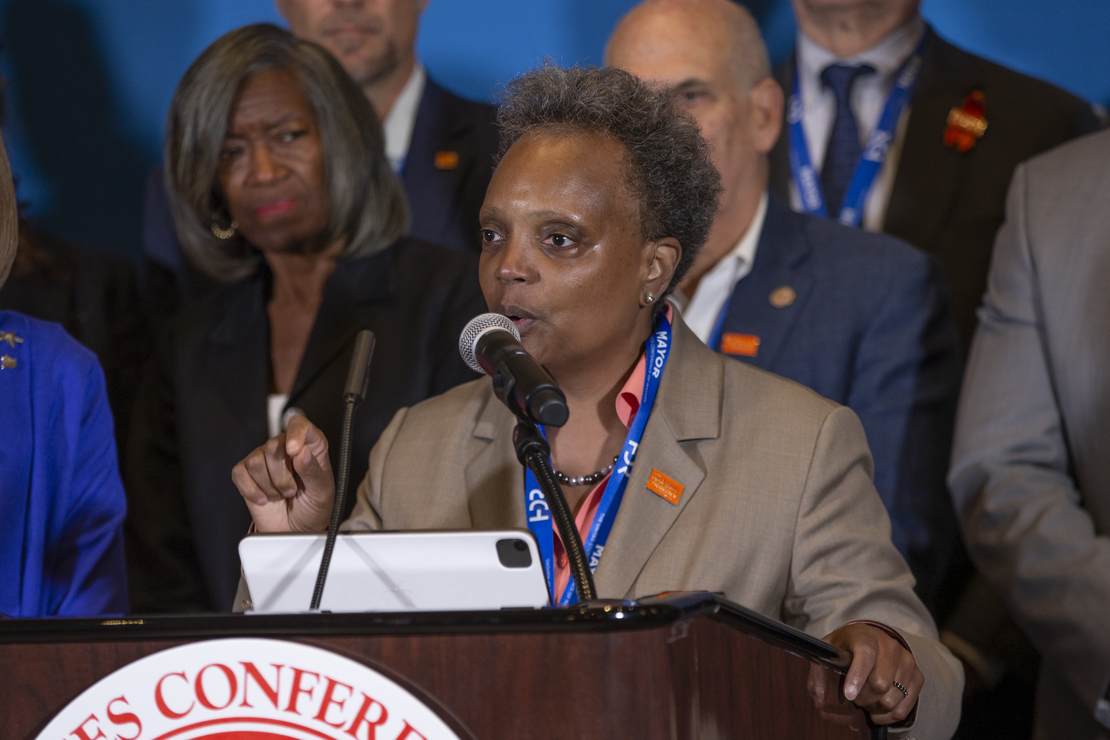 Next month, residents of Chicago will go to the polls to vote for mayor. With eight major candidates in the race, it’s a near certainty that no one will get 50% of the vote. That means there will be a runoff on April 4 to determine who will win the booby prize of running the most corrupt, the most violent, and the most screwed-up city in America.

Lightfoot is being challenged by a host of strong Chicago political personalities including Rep. Jesus “Chuy” Garcia, who forced former Mayor Rahm Emanuel into a surprise run-off election in 2015. Chuy has name recognition and is ahead in the polls.

Second in those polls is Paul Vallas, a fixture with the Chicago Public schools and a guy who has campaigned for several major offices over the last 20 years.

Lightfoot is in third place at the moment, trailing Garcia by 14 points. And she keeps sinking, thanks to a predilection to shoot herself in the foot on a constant basis.

It seems Lightfoot believed she could tap manpower for her campaign by recruiting assistance from the Chicago Public Schools. The fact that the vast majority of the kids she wanted to use for campaign scut work aren’t even of voting age didn’t seem to matter. She sent an email to CPS offering to exchange 12 hours of work on her campaign every week for academic credit. Needless to say, the unethical offer attracted the attention of the media and especially her political opponents.

After this unethical email made its way to the press, prompting outrage from other candidates in the race, Team Lightfoot sloppily attempted to backtrack — not once, but three times.

The first statement explained that the effort was designed “to provide young people with the opportunity to engage with our campaign, learn more about the importance of civic engagement and participate in the most American of processes.” It was for the children, don’t you see?

The following statements assured the public that Team Lightfoot would cease contact with CPS employees.

Lightfoot took the low road and blamed a young staffer for the scandal. Not a good look for a mayor running for re-election.

Last week, Lightfoot participated in a debate with eight other candidates at a Woman’s Forum. The debate was notable for the fact that there isn’t a dime’s bit of difference between any of the candidates as far as ideology goes. In fact, each candidate, in turn, tried to out-radical the others.

Lightfoot’s best shots were directed at Vallas, who apparently failed to genuflect at the pro-abortion altar by releasing a statement after the draft Dobbs decision was leaked.  Not showing outrage about the Supreme Court not affirming the absolute right of a woman to kill her baby is almost the worst thing a Democratic politician can do in Chicago.

But Lightfoot has bigger worries than abortion rights. Crime has spiked 40% since she took the oath of office in 2019 and the city has become nearly unlivable. Greg Gutfield argues that Lightfoot is the worst mayor in Chicago’s history.

“She’s the first mayor to be under the thumb of cartels. She’s the worst mayor in America, the worst mayor Chicago has ever had,” Gutfeld said. “She looks like she hasn’t slept since 1983. She dresses like she pantsed the Salvation Army bell ringer.”

“Why don’t the Democrats call her out on her record? Why don’t they say anything? It’s because they’re cowards, and two, she’s protected by her diversity shield. Right? A black lesbian left-winger,” Gutfeld asserted. “So they’re willing to let the city just be run into the ground. A 40% increase in murder. No White guy could get away with that.”

The entire Chicago political structure is geared to serve the diversity god. It’s used as a means to gain power while the same kinds of crooked businessmen, labor unions, and politicians and their fixers who’ve been running the city since the 1950s walk out the back door with their pockets stuffed with cash.

If the citizens of Chicago won’t change the politicians who rob them and allow their streets and neighborhoods to become shooting galleries, perhaps they deserve what they get.