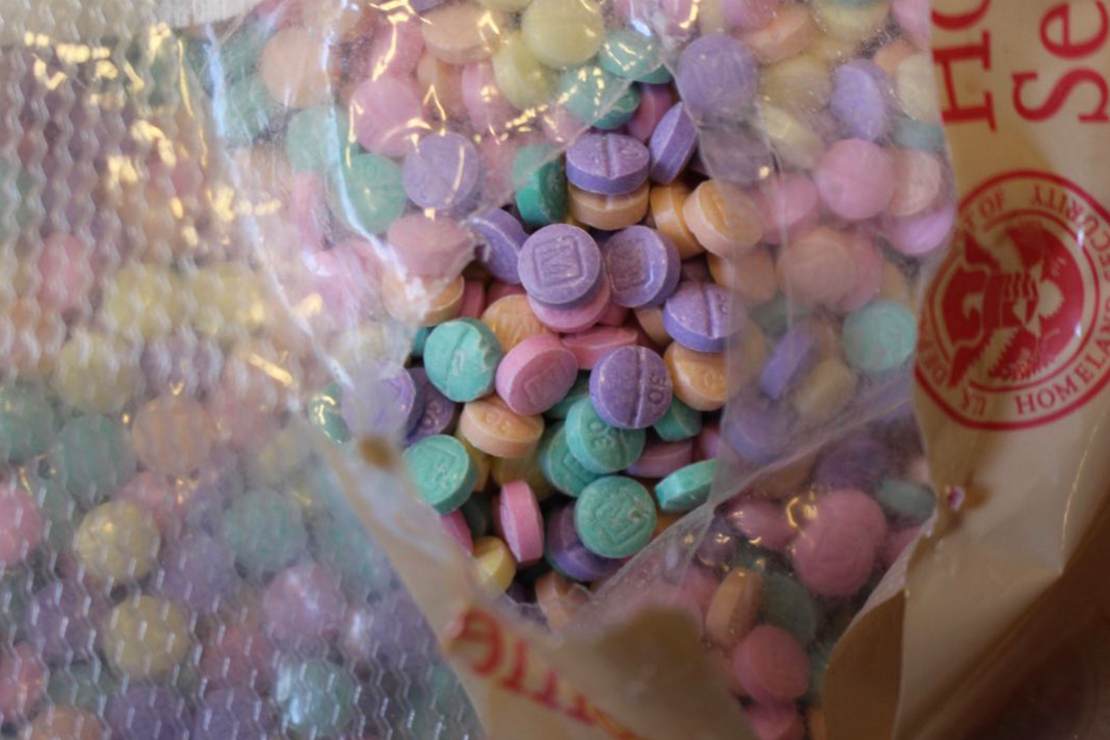 The fentanyl crisis in America is undeniable, with fentanyl overdoses becoming the number one cause of death for young adults in 2020 and law enforcement seizing enough deadly fentanyl in 2022 to kill the entire U.S. population. But if you thought closing the border to restrict the flow of illegal fentanyl or helping drug addicts stop using fentanyl were solutions to the crisis, the World Economic Forum (WEF) would like to enlighten you. Instead of fentanyl smuggling crackdowns or help for drug addicts, WEF proposed a new vaccine.

If you’re confused as to how a vaccine could possibly help the fentanyl crisis, WEF helpfully posted a video on January 2. WEF described this supposedly miraculous vaccine: “It creates antibodies that block the ‘high’ of the drug and enable it to be processed safely by the kidneys before leaving the body.”

Supposing that is true — and the WEF insisted the COVID-19 vaccines and boosters were totally “safe and effective,” so I wouldn’t be too trusting — it would essentially allow addicts to continue to take fentanyl without dying. That might not be the intention, but it’s the inevitable result. I want to stop the tragic overdoses as much as anyone, but this vaccine could potentially become a way for addicts to continue to indulge in their addiction, couldn’t it?

The U.S. border crisis led to a record amount of fentanyl smuggled into America in 2022. That is an issue that a vaccine to make fentanyl “safe” will not fix, and despite the need to save lives right now, the video’s lack of any long-term vision or lifestyle changes, of which the vaccine could be part, does seem a little suspicious, even if the video was very short. But then again, the WEF openly declared in 2016 that it envisions a world where “you own nothing, have no privacy,” and enjoy it. I wouldn’t trust the WEF to provide excellent solutions to political and societal crises.

WEF’s video continued to explain how fentanyl, a synthetic opioid originally developed to help cancer patients treat pain, is too often sold as a street drug and leads to deadly overdoses. It said that more than 100,000 Americans die every year from drug overdoses, two-thirds of which are related to fentanyl. It also said the huge amount of fentanyl seized in 2022, as referenced above, was twice what authorities seized in the U.S. in 2021, meaning that fentanyl is a “growing problem.”

Those facts are indeed terrifying if true. But how is a vaccine, endorsed by a globalist entity that pushed at least one failed vaccine (COVID-19), going to solve that problem? It does not seem to be a long-term solution. It does, however, seem like an excellent way for pharmaceutical companies to make millions of dollars without fixing any problems.

Nor can we be certain that the vaccine will do what it is advertised to do. The WEF video said that the fentanyl vaccine has been tested on rats and that the antibodies stopped fentanyl from entering the brain but did not block other opioids (like painkillers). The video also claimed enthusiastically, “The [fentanyl] vaccine caused no side effects in the rats,” though it did add that the vaccine has not been tested in human trials. The video ended by asking how “your country” helps people with addictions.

I don’t want to be overly suspicious, but I do question the claim that the fentanyl vaccine had “no side effects” at all in rats. Don’t all vaccines, even the truly safe and effective ones, have some side effects in some subjects? We were told we weren’t allowed to say that the COVID-19 vaccines had any side effects either, and it turns out they had some very concerning side effects.

Will the fentanyl vaccine help addicts avoid overdosing? Or will it be another ineffective vaccine to increase Big Pharma’s profits?