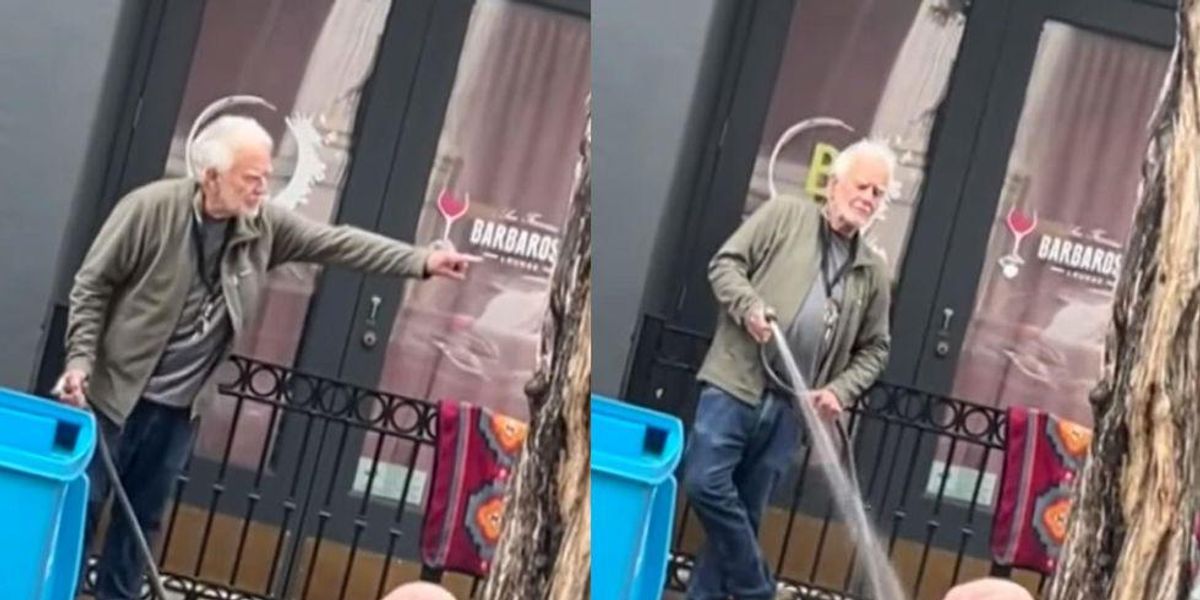 A viral video shows a frustrated business owner in San Francisco spraying water on a homeless transgender man with a hose, and police say they are investigating the incident for possible charges.

The video was filmed by Edson Garcia, the owner of the Brioche Bakery & Cafe, on his cellphone. It shows a different business owner angrily confronting the person laying on the sidewalk before spraying the person with a hose.

The man in the video was identified as Collier Gwin, owner of an antique shop and gallery.

Gwin told KNTV-TV that he’s sympathetic to the homeless person’s situation but claimed that there are mental issues involved.

He went on to say that authorities will take the homeless person to a shelter and to a hospital before being released again on the streets.

“There’s absolutely nothing that can be done,” he said.

Many on social media are blaming the incident on “white supremacy” and “anti-blackness,” while others say it shows the failure of city officials to address and alleviate the frustration of business owners and residents.

The outrage over the video has led to a police investigation that may lead to charges against the business owner.

Gwin said in a separate interview with KGO-TV that he has received death threats over the video, but he will not apologize.

“I find it hard to apologize when we’ve had no help with the situation,” he said.

Here’s the video of the homeless hosing: