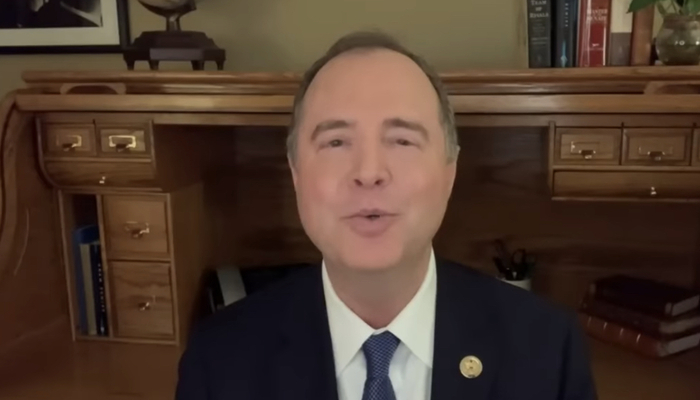 Democrat Rep. Adam Schiff’s office nagged Twitter to censor content it disliked and even suggested law enforcement should be able to track the flagged tweeters, in the latest Twitter Files. 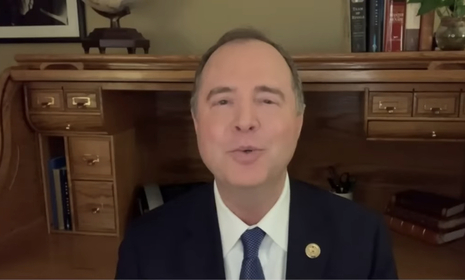 Schiff not only co-wrote a letter which claimed Russian bots were propagandizing Americans online without evidence, as Taibbi said Jan. 12. Rather, “Staff of House Democrat @AdamSchiff wrote to Twitter quite often, asking that tweets be taken down,” Taibbi tweeted. “This important use of taxpayer resources involved an ask about a ‘Peter Douche’ parody photo of Joe Biden. The DNC made the same request.” The parody photo showed Joe Biden making a very silly face.

But it appears that Democrats were angry primarily because Trump retweeted the picture. Fortunately, Taibbi said, for once Twitter refused to censor the picture. Trust and Safety chief Yoel Roth said the image had “humorous intent” and added that “any reasonable observer” could tell the image was doctored. Which did not include Schiff or his staffers, apparently.

In fact, Schiff staffer Jeff Lowenstein kept nagging that there was a “slippery slope concern here” that needed “further explanation from Twitter,” according to an email screenshot Taibbi shared.

Twitter also turned down requests to censor content related to Schiff and his staff, saying it was not “conceivable.” Twitter said, “For their listed asks (demands?)…many fall outside of any remediations.” This didn’t seem to concern Schiff’s office.

But Twitter did sometimes act, even if it didn’t suspend an account, Taibbi noted. He offered as an example that Twitter policy at the time  “deamplified” instead of banning some accounts. Twitter executives referenced a tweet batch including content about the fraudulent Steele Dossier and the Ukraine “whistleblower,” in an email screenshot shared by Taibbi. Twitter executives wrote in the email, “We can internally confirm that a number of the accounts flagged are already included in this deamplification.”

Schiff’s office wrote, “We are curious whether any deamplification measures implemented by Twitter’s enforcement team – which we appreciate greatly – could… impede the ability of law enforcement to search Twitter for potential threats about Misko and other HPSCI staff.”

Taibbi later added that Schiff frequently claimed the content he wanted censored was “QAnon related,” when it was really “just run-of-the-mill political criticism,” not conspiracy theories.

Conservatives are under attack. Contact your representatives and demand that Big Tech be held to account to mirror the First Amendment. If you have been censored, contact us at the Media Research Center contact form, and help us hold Big Tech accountable.

Unwanted Baggage
Helping 200 Teachers Abandon Indiana’s Largest Teachers Union
Biden to Send Ukraine ANOTHER $2.2 Billion in Military Aid – Including Long-Range Missiles: Reuters
AP Stylebook recommends against ‘dehumanizing ‘the’ labels,’ like ‘the French,’ then deletes post due to ‘inappropriate reference to French people’
Air Force General Predicts U.S. Will Be At War With China In 2025: ‘I Hope I Am Wrong’