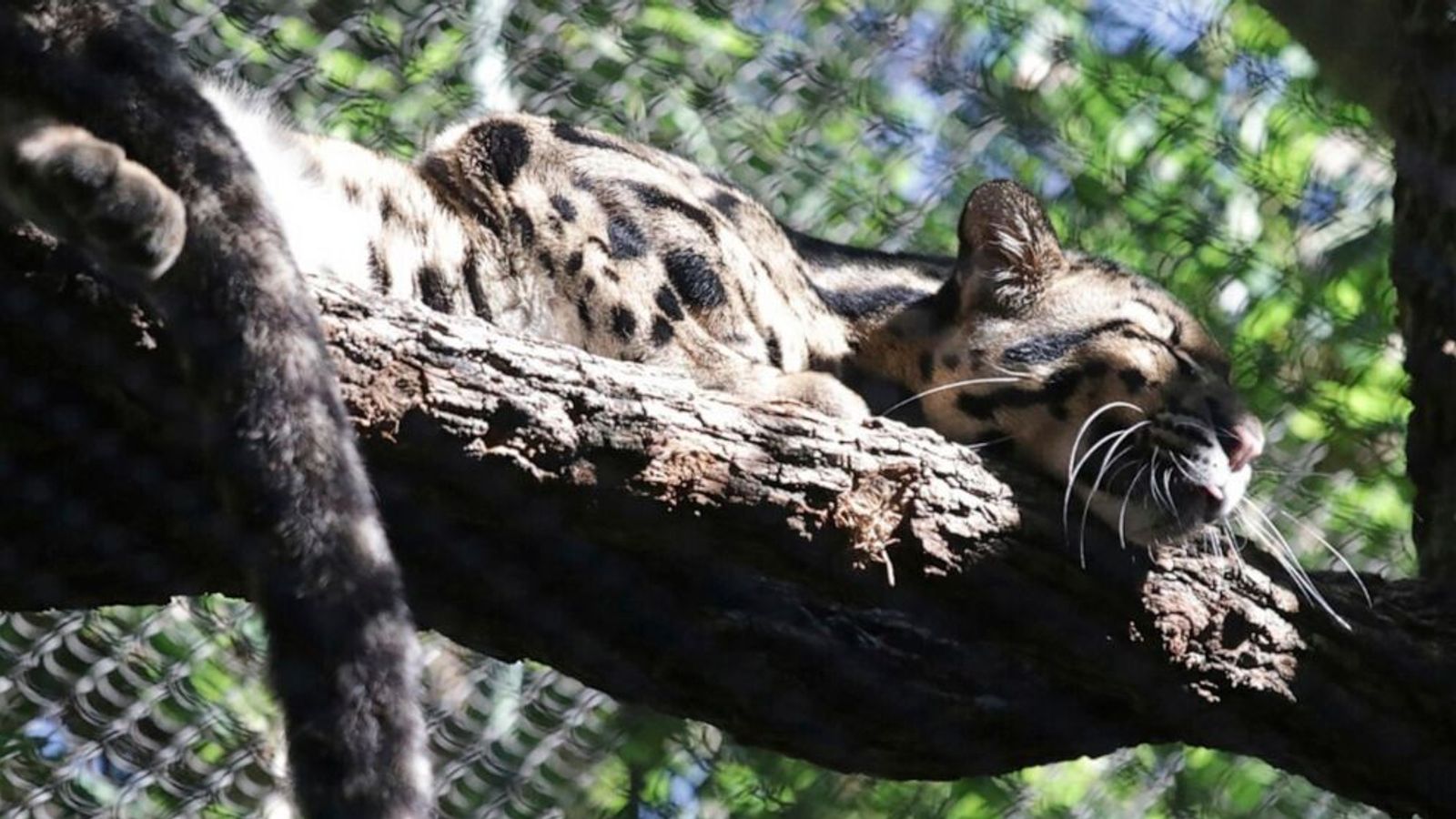 An escaped clouded leopard which forced the biggest zoo in Texas to close has been found several hours after it went missing.

Nova was located not far from her enclosure at Dallas Zoo after an extensive search involving police.

“Initial indications are she is not injured,” the zoo said in a statement.

“She is being evaluated by our veterinary staff right now. We’ll provide further updates on her status tomorrow.”

Friday’s announcement came some nine hours after the zoo said it was closed due to a “serious situation”.

Its subsequent appeal for help finding the elusive cat attracted millions of views on Twitter, as locals were warned to keep their pets inside while its whereabouts remained unknown.

However, officials at the zoo, which is also the oldest in Texas, were always confident that Nova had not gone beyond the bounds of the 106-acre site.

The zoo’s executive vice president of animal care and conservation, Harrison Edell, told ABC News Nova was likely to have escaped through a tear in the mesh around the enclosure, where sister Luna stayed.

Clouded leopards are wild cats that originally come from Southeast Asia and China.

“If anything, she’s real nervous and afraid of people,” he added.

Read more:
Birth of world’s rarest chimpanzee at UK Zoo
Zoo battles to save dozens of species from extinction

Nova isn’t the first escapee from the zoo.

In 2004, a 340lb (154kg) gorilla called Jabari jumped out of his enclosure and went on a rampage through the park, injuring three people before police shot and killed him.

Progressivism Versus Popular Sovereignty
The deadly assault draws painful parallels for Americans who are no strangers to videos of police violence
CNN’s Bash Asks Schiff, Swalwell & Omar About Their Lies & Chinese Ties
Racist Whoopi: White People Need Beatings Before Police Reform
‘If you need to arrest me, I understand’: US Marine allegedly flew from Louisiana to Florida to have sex with 14-year-old girl he met online