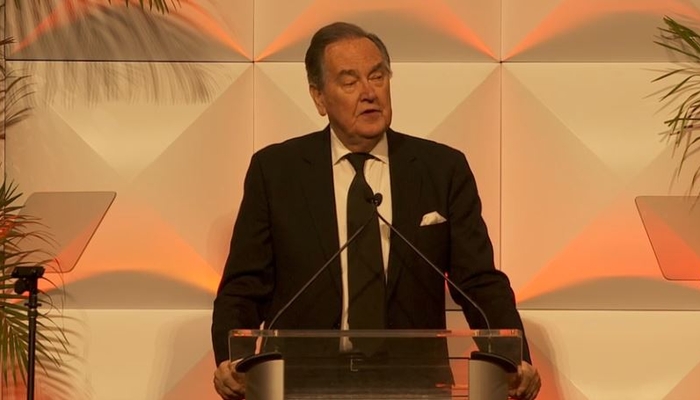 HONOLULU – If one discounts Alaska’s Aleutian Islands, Hawaii is about as far – geographically and politically – from Washington, D.C., as one can get.

There are just six Republicans out of 51 in the State House of Representatives and two out of 25 in the Senate. One of them is Rep. Gene Ward, who has spent a total of 24 years in the legislative minority. A mark of his effectiveness is that in last year’s election he ran unopposed.

Despite the nearly 5,000 miles distance between here and Washington, Ward has kept a close eye on the proceedings surrounding Kevin McCarthy’s quest to become Speaker of that other House. Like many Republicans, he is critical of the embarrassment it quickly became.

Ward thinks Republicans should focus on what’s best for the country, not a particular leader. “Whatever horse trading you’re doing, give it up. Ask what you can do for your country, not what you can get out of it. Don’t make a laughing stock out of the party and the majority we won.”

I note that members of the Freedom Caucus, whose members were responsible for the multiple ballots for Speaker, believe they are putting the country first by forcing leadership to defend policies and values to which they may pay lip service but don’t often deliver.

Ward has seen that here: “When I am recruiting candidates you have to really believe what you say you believe in – limited government, free markets – because it’s easier to be a Democrat. It’s going to be tough … I can’t say I will compromise and believe in abortion and all these other sexual things, because I have to live with myself. But we get people who initially run as Republicans, but then become Democrats because it’s easier and they can get perks and power. It’s more important to live with yourself than living with your party. The policies that are harming this country are not Republican policies. That’s the bottom line.”

How has he managed to serve so long in the minority without the power? “We don’t have the votes, but we do have the voice,” he tells me. “Generally speaking, when the people lead, the politicians follow. But sometimes when the politicians lead, the people follow. And we do a lot of the populist stuff – the no cash bail issue, the teaching of transgenderism to kindergartners. The people aren’t there.”

The Hawaii legislative session begins January 18 and Ward says he will introduce a bill to ban government employees from using any government-issued electronic devices to access the Chinese-owned app TikTok: “The national security risks are extreme to the point where if you are going to jeopardize your family, your mortgage, your medical history and information about what you own and who you are and who you are related to, that is dangerous in the hands of a country that wants to be in another 20 years the major military and economic power in the world.”

Twenty-two states have banned TikTok so far, he says, either by executive order, or by legislation. Even with successes in other states, Ward says it will still be difficult to get support from Democrats: “The Left has a form of what I call political racism. Some people look at you as another human being and they see you as just a Republican. I feel sorry for them in the state legislature because if you are a Republican you are seen as odd.”

How does he see 2024? “If we could do a merger of (Florida GOP governor) Ron DeSantis’ personality and policies (as opposed to Donald Trump’s personality, he suggests), we’d have winners for the next eight years. Between now and then there will probably be a dog fight. I’m not sure how it is going to come out.”