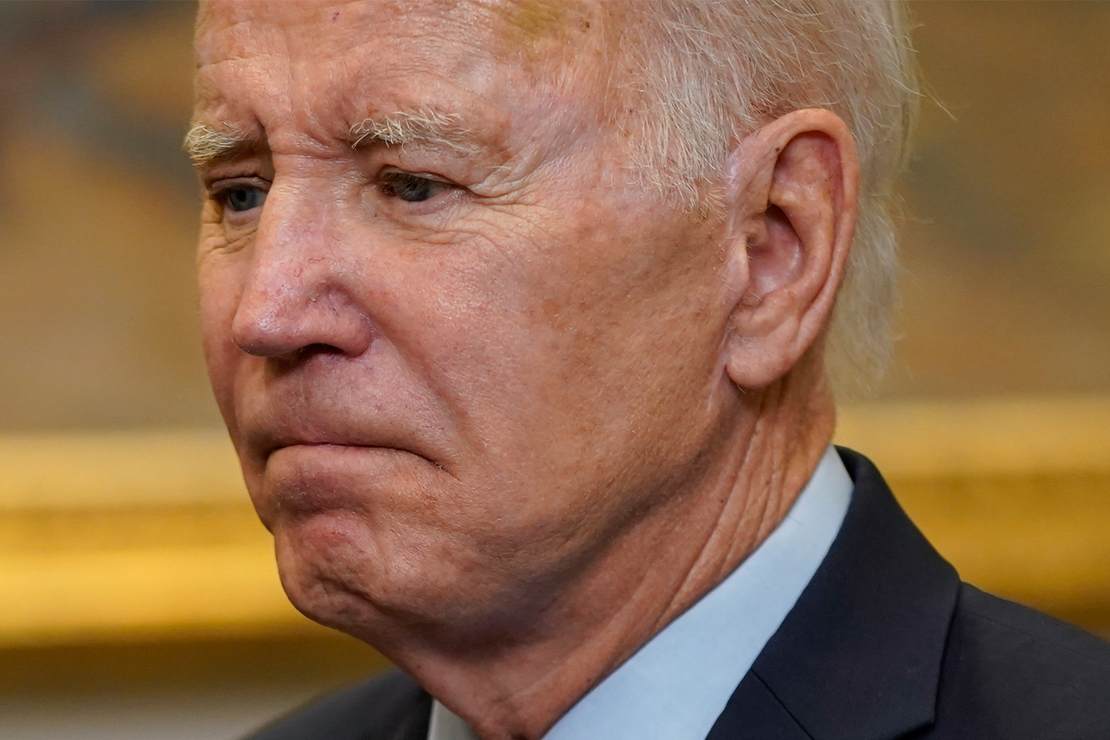 Joe Biden’s presidency may be trouble.

Mere days after we learned that Joe Biden is very close to announcing his intention to run for reelection, we also learned that classified documents were discovered in his private office at the Penn Biden Center.

Coincidence? It may not seem like one at first, but when you consider that the documents were actually discovered back in November, mere days before the midterm elections, it’s hard not to wonder why this story broke this week and not December, say, just before Christmas — when it would have likely done the least damage and been forgotten by now?

The story is a particularly embarrassing one for Joe Biden, who previously expressed shock that Donald Trump took classified documents to Mar-a-Lago upon leaving the White House. Biden asked, “how that could possibly happen” and “how anyone could be that irresponsible.”

The classified documents found in Biden’s office were marked “sensitive compartmented information,” or SCI, indicating that the information had been gathered via intelligence sources. What were they doing there? Why did Biden have them? Why didn’t the National Archives even know they were there? There are many questions that have yet to be answered, and Joe Biden wants us to believe he doesn’t have a clue about them.

Perhaps the most interesting thing about the scandal is that the media is actually reporting on it. The New York Times openly questioned why it took two months for it to be revealed that the classified documents were discovered. CNN not only revealed what the classified documents were about, but several anchors have admitted on air how damaging this scandal is for Biden.

And now NBC News has reported that Biden’s aides have found at least one more cache of classified documents in a separate location — not his private office at the Penn Biden Center. As my PJ Media colleague Athena Thorne noted, we don’t know yet where the new classified documents were discovered, how many more there were, their classification level, or what they were about. I’m sure we’ll find out soon enough, and I suspect it’s not going to be good.

So the same mainstream media that has been speculating who might replace Biden on the top of the Democratic ticket in 2024 for over a year now is actually reporting on this damaging story and investigating it mere days after it was revealed that Biden is on the verge of announcing his intention to run for reelection. I’m not convinced this isn’t a coincidence.

Let’s not forget polling shows that even most Democrats don’t want Biden to run again. Biden is old, tired, mentally unhealthy, and hardly likely to be able to handle another campaign, let alone another four years in the Oval Office. Biden’s approval ratings are still underwater — and have been since his botched withdrawal from Afghanistan. Even if you assume that Biden could win in 2024, is there anyone who believes he’d serve a full term? Not a chance. Do Democrats really want to be saddled with Kamala Harris, a vice president who has the distinction of being the most unpopular vice president in the history of polling? I don’t think so.

Rest assured, I don’t see Joe Biden resigning over this scandal, but the media’s willingness to actually cover this story seems like a warning that ol’ Joe ought to think twice about running for reelection.