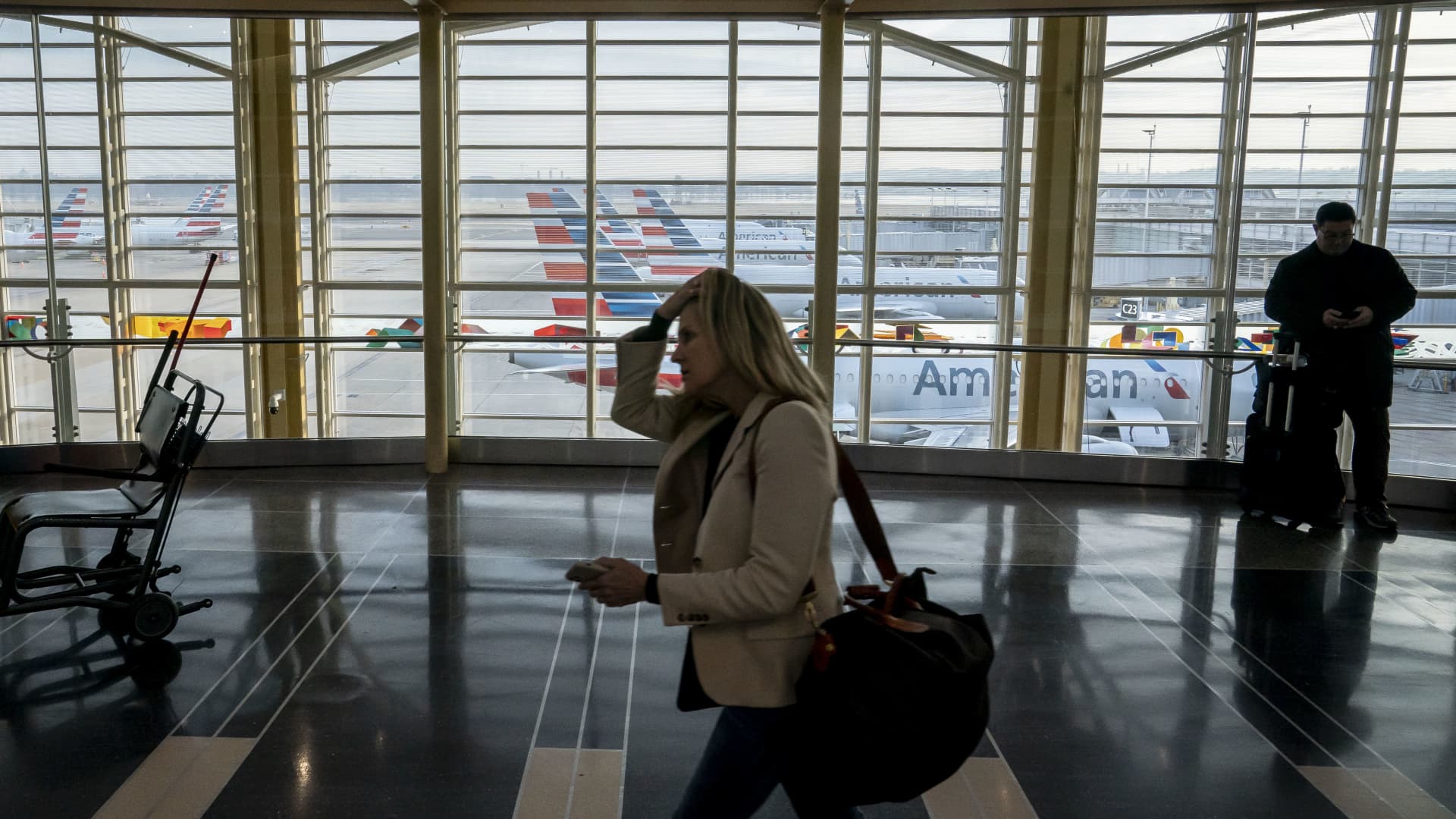 Air travel disruptions eased Thursday, a day after a severe pilot safety alert system failure sparked the delay of close to half of U.S. flights.

The Federal Aviation Administration halted U.S. flight departures early Wednesday after an outage of the Notice to Air Mission system, which provides pilots and others with safety information such as runway hazards.

The FAA said a preliminary review traced the outage to a “damaged database file.” The issues started around 3:30 p.m. ET on Tuesday. Unable to fix the problem, the FAA rebooted the system, and ordered the ground stop, which it lifted around 9 a.m. on Wednesday.

That caused a cascade of U.S. flight delays, which totaled 10,563, according to FlightAware. More than 1,300 flights were canceled. Close to 500 Thursday flights were delayed to, from and within the U.S., and 63 were scrubbed.

The outage and rare nationwide ground stop highlighted yet again how a failure of one of the numerous systems that underpin the U.S. aviation system can so dramatically derail air travel for hundreds of thousands of passengers.

The incident came just weeks after an internal Southwest Airlines platform was overloaded after mass cancellations from severe weather over the year-end holidays, creating a dayslong meltdown that the carrier says could cost it more than $800 million.

The FAA’s outage prompted questions from lawmakers on both sides of the aisle, and will likely lead to hearings and debate over additional funding for the U.S. aviation regulator. Transportation Secretary Pete Buttigieg vowed to investigate.

There was no evidence of a cyberattack, the FAA said. Both the primary and back-up systems were fed the corrupted data file, according to a person familiar with the matter.

“The FAA is working diligently to further pinpoint the causes of this issue and take all needed steps to prevent this kind of disruption from happening again,” the agency said late Wednesday.

Lula’s Brazilian “Indigenous” Charity Embezzled $6.5 Million
‘If you need to arrest me, I understand’: US Marine allegedly flew from Louisiana to Florida to have sex with 14-year-old girl he met online
‘I’m of Puerto Rican descent and I find it offensive’: Democrats seek to ban government use of ‘Latinx’ in Connecticut
Police arrest Seattle-area pastor for allegedly dealing drugs, including fentanyl, cocaine, and meth
Racist Whoopi: White People Need Beatings Before Police Reform