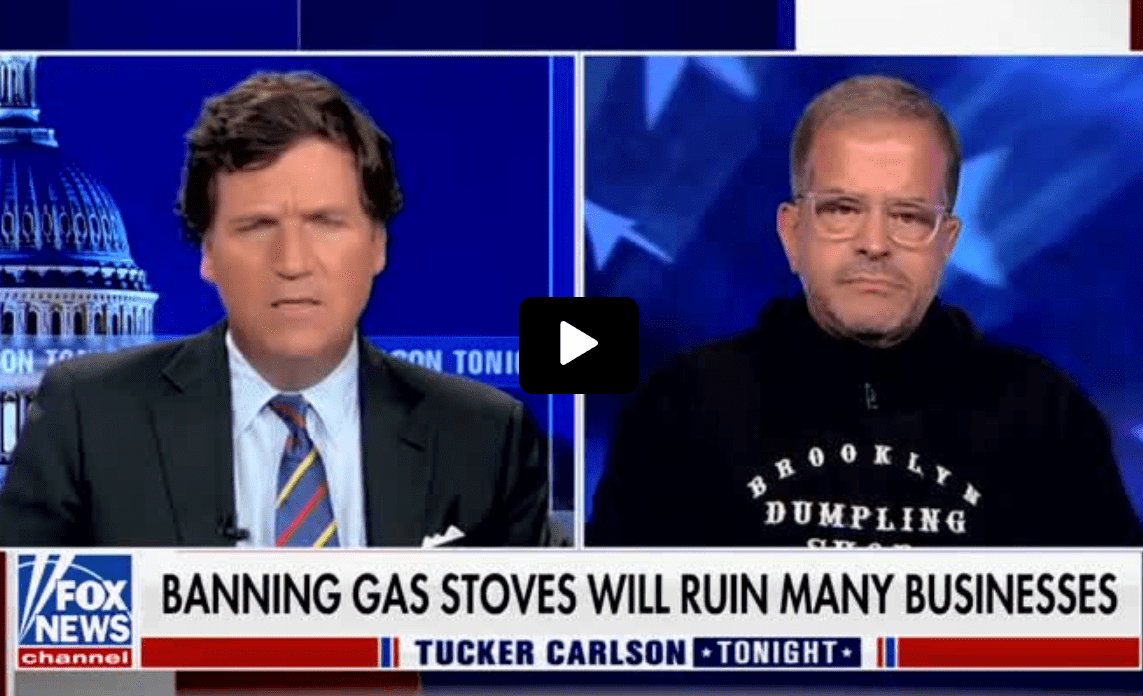 “For 35 years, we’ve been attacked by everybody. We had organized crime in our industry in the 30s, 70s, 80s and 90s, in the 2000s, we had corrupt Wall Street and for the last three years we’ve had government overreach,” Stratis Morfogen told Carlson. “I mean, we’ve seen it during COVID, they did things and never followed the science and what’s going on, I heard a rumor about this last year and what I’m hearing about today from the White House to Governor Hochul, that they want to make us for new restaurant construction, use electric stoves.”

Hochul proposed a ban on natural gas usage in new buildings, including stoves and heaters, as part of a wider effort to combat climate change, Bloomberg reported. The ban would be in place fully by 2030.

“So let me explain it to you,” Morfogen continued. “We lose 40% productivity by using electric. If they inquire with small business owners, I’ll give them three pieces of advice, get a stronger filtration system, get a hood system that works and basically train your staff how to maintain it.”

The Consumer Product Safety Commission (CPSC) also is considering whether to implement a nationwide ban on gas stoves, citing a study that claims that gas stoves account for 12.7% of asthma cases among children.

“For 35 years, we continuously have obstacles in running our industry,” Morfogen told Carlson. “I gotta tell you, Tucker, and I want to thank you for supporting small business, since the last time I was on, you inspired me to write the book. And I gotta tell you, our journey is constantly being attacked, like, we’re vulnerable and this is the crème de la crème, because I will tell you, this will destroy our industry just as bad as they attempted to do with COVID.”

Column: DeSantis Faces CNN Smears of Racism in Education
Justice Department Searching Biden’s Delaware Home Amid Classified Documents Scandal
CCP Media in Español? Telemundo, Univision Say China Spy Balloon “Not a Threat”
MASSIVE EXPLOSION Over Billings, Montana – Military Helicopters Have Been Activated
Trump’s Plan to End ‘Left-wing Gender Insanity’ Is One We Can All Get Behind