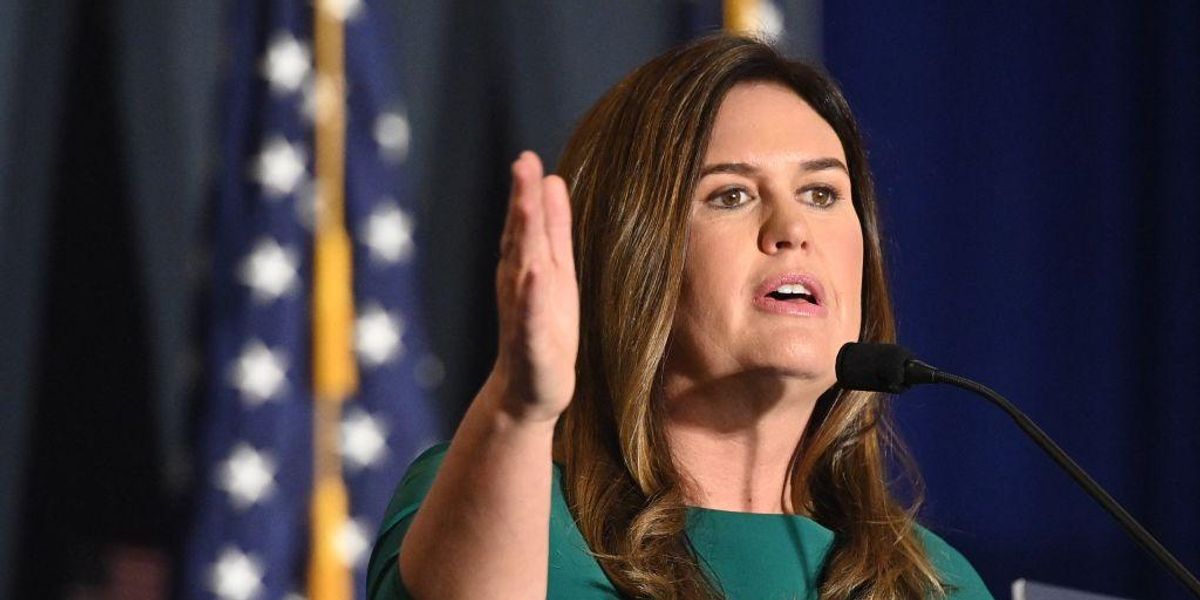 Arkansas Gov. Sarah Huckabee Sanders signed multiple executive orders after being sworn in on Tuesday, including an order to remove the use of the controversial term “Latinx” anywhere it appears in state documents.

The order calls for state entities to review documents for occurrences of “Latinx,” “latinx,” “Latinxs,” and “latinxs” and then swap out any occurrences of those terms for variations of “Hispanic,” “Latino,” or “Latina.”

“One can no more easily remove gender from Spanish and other romance languages than one can remove vowels and verbs from English,” the order says. “It is the policy of the Governor’s administration to prohibit the use of culturally insensitive words for official state government business.”

Sanders, who served as White House press secretary during a portion of Donald Trump’s presidential tenure, was backed by the former president during her 2022 gubernatorial bid and has now made history by becoming the first woman ever to serve as Arkansas governor. Her father, Mike Huckabee, previously served as the state’s governor from mid-1996 until early 2007.

“CONGRATULATIONS to Sarah Huckabee Sanders on being sworn in today as the first female Governor of the GREAT STATE of ARKANSAS. She is a fantastic person and will be a truly incredible Governor,” Trump wrote in a Tuesday Truth Social post.

Last year, Sanders revealed that she had undergone successful surgery for thyroid cancer.

“During a check-up earlier this month, my doctor ordered a biopsy on an area of concern in my neck and the test revealed that I had thyroid cancer,” Sanders said in a September 2022 statement. “Today, I underwent a successful surgery to remove my thyroid and surrounding lymph nodes and by the grace of God I am now cancer-free.”

Scarborough Lauds Obamacare for 12 Minutes, Reruns Mockery of DeSantis Running in ’24
Marjorie Taylor Greene got threatening voicemails from man who spelled his full name, left his phone number, and dared her to press charges. His wish was apparently her command.
Biden Bungles China Spy Balloon Challenge
Number of officers shot in line of duty up 113% since 2020
Radical Activists Illegally Protest Outside Amy Coney Barrett’s Home