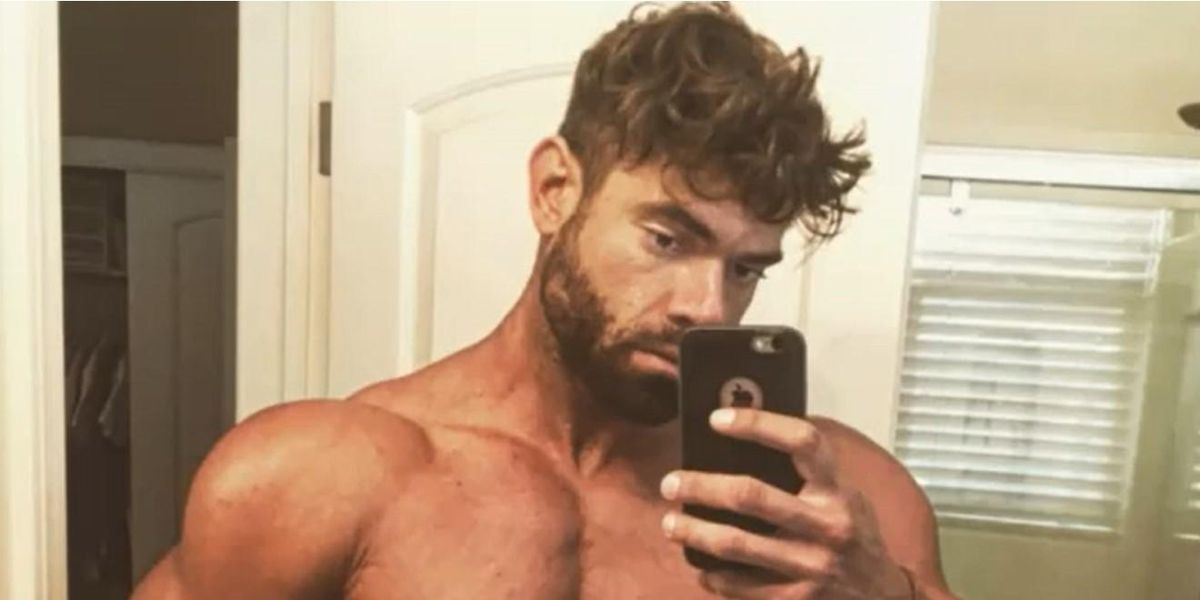 A former fitness model and dancer at a gay strip club has been sentenced after he was convicted of assaulting his male rental host, who allegedly made several sexual advances at him over four years ago.

Back in 2018, Geoffrey Tracy was 25 years old, living in California, and trying to forge a career as a personal trainer and fitness model. To enhance his profile, he allegedly took steroids and posted images of his physique on social media platforms like Instagram. The owner of a gay strip club in New York spotted Tracy’s pictures and decided to offer him a gig as a dancer, suggesting that Tracy could make some quick cash there while still pursuing a career in modeling.

Tracy accepted and flew out to New York. The club owner put Tracy in contact with 50-year-old Gregory Kanczes, who had an apartment in Hell’s Kitchen, Manhattan, and rented out space to those needing temporary housing. It turned out to be an “uncomfortable” arrangement. While Tracy stayed in the apartment, he claimed that Kanczes made several passes at him.

On August 14, 2018, Tracy’s fourth night in the apartment, Kanczes once again allegedly made a move on him. Tracy claimed Kanczes was “stroking his legs” and “molesting him” while he slept. He also claimed Kanczes had been rifling through his personal belongings. At that point, Tracy became so enraged that he grabbed a knife and stabbed Kanczes 16 times and fled the scene, leaving Kanczes for dead.

Tracy “held his host, who was unarmed, at knifepoint in the building while threatening to kill him,” a press release from District Attorney Alvin L. Bragg Jr. stated. “As the host tried to walk away by going to the stairwell and walking upstairs, TRACY followed him. When the host paused on the stairs, TRACY stabbed him in the chest, and in the altercation that ensued further stabbed the host in the neck, torso, and arms repeatedly. He eventually charged a second time, stabbing him in the back. The incident was recorded, in part, on TRACY’S cell phone.”

The press release also stated that police discovered text messages on Tracy’s phone that indicated that Tracy had threatened to choke Kanczes and planned to claim “self-defense if he killed him.”

Tracy initially tried to convince the police and afterwards a jury that he had stabbed Kanczes in self-defense, but apparently neither group bought his argument. On December 15, Tracy was convicted of first-degree assault and second-degree attempted assault and has now been sentenced to serve eight years behind bars.

Though Kanczes ultimately survived the attack, he suffered severe physical and psychological injuries that linger to this day. “It is only by the grace of God that I survived your assault that nearly ended my life,” said a victim impact statement written by Kanczes but read aloud by the prosecutor since Kanczes was not present at the hearing.

“Your attack has left me with many scars that has lessened my self image and made me feel less attractive to others I may be interested in,” the statement continued. “I am no longer able to move through the city with the ease I had prior to your assault. I feel like an easier target for criminals when in public and must plan my trips based upon how long I think I can move without pain and further injury.”

“The video speaks for itself,” Judge Curtis Farber added. “It captures exactly what happened in all its horror. It had an unarmed man in his underwear being pursued at knifepoint out of his house.”

During his turn to speak, Tracy, now 30, fought back tears and expressed regret for his actions: “I wish I could go back in time and avoid coming to New York altogether, but I realize that option doesn’t exist.”

“I am not a violent person,” he also insisted. “I’ve never even been in a fistfight prior to this anomaly that happened back in 2018.”

After eight years in prison and a concurrent sentence of one to four years, Tracy must serve five years of supervised release.

Pentagon notes reports of balloon aloft over Latin America, assesses it to be another Chinese spy balloon
Anti-Semitic MSNBC Claims Israel Turned West Bank Into An Apartheid
What Could Go Wrong? New Bill In Tennessee Aims To Create Digital Driver License
Fight for Speaker Pays Off as House Takes Big Step Toward Restoring Deliberative Government
Diplomatic row between China and US escalates as Pentagon says second ‘spy balloon’ being tracked