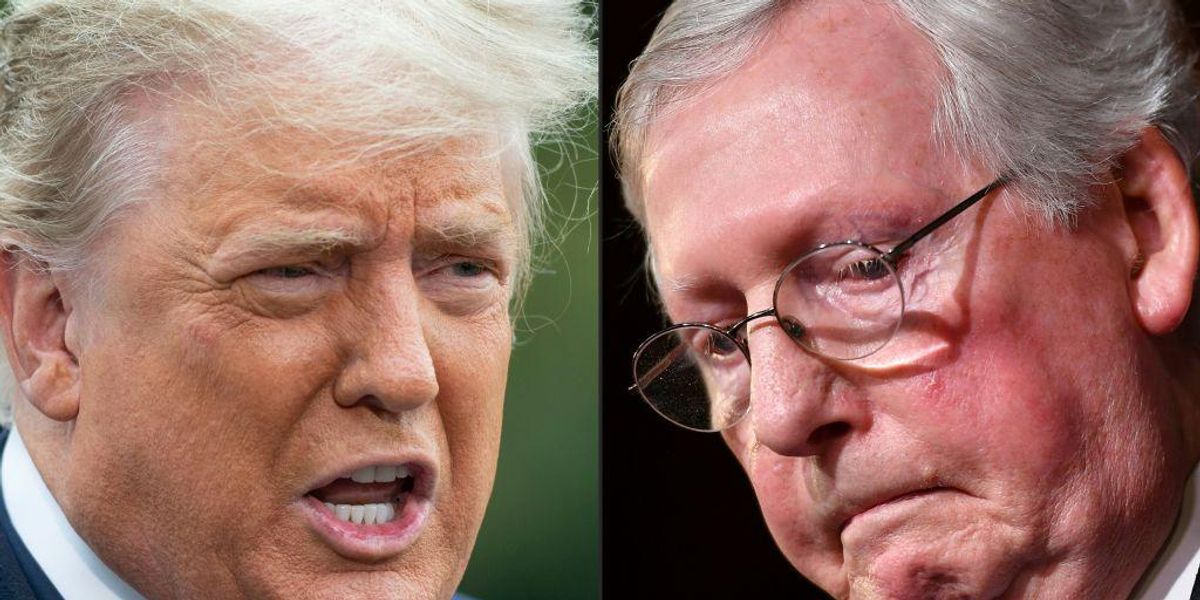 Former President Donald Trump is calling for Senate Minority Leader Mitch McConnell of Kentucky and other GOP senators who vote with him to face primary challengers.

California Republican Kevin McCarthy secured the House speakership last week after a days-long process that included more than a dozen votes before McCarthy, who had been backed by Trump, finally won on the 15th round of voting.

“Great job Kevin! We must now stop Mitch McConnell and his China flagrant boss, Coco Chow,” Trump posted Monday on Truth Social, in a derogatory reference to McConnell’s wife, Elaine Chao, who served as secretary of transportation during most of Trump’s White House tenure, but resigned on the heels of the Jan. 6, 2021, Capitol riot.

“It’s as though he just doesn’t care anymore, he pushes through anything the Democrats want,” Trump continued. “The $1.7 TRILLION quickly approved Bill of the week before was HORRIBLE. Zero for USA Border Security. If he waited just ten days, the now ‘United Republican Congress’ could have made it MUCH BETTER, or KILLED IT. Something is wrong with McConnell, and those Republican Senators that Vote with him. PRIMARY THEM ALL!!!”

Trump, who announced in November that he is running for president again, has been critical of the massive omnibus spending package of around $1.7 trillion that Congress passed and President Joe Biden signed last month. McConnell and more than a dozen other GOP senators voted to pass the measure.

After the House voted to impeach Trump in the wake of the Jan. 6, 2021, Capitol riot, the Senate vote, which occurred after Trump had already departed from office, resulted in Trump being acquitted. While McConnell was one of the senators who voted to acquit, he claimed that Trump was “practically and morally responsible for provoking” the episode.

“Mitch is a dour, sullen, and unsmiling political hack, and if Republican Senators are going to stay with him, they will not win again,” Trump said in a February 2021 statement. “He will never do what needs to be done, or what is right for our Country. Where necessary and appropriate, I will back primary rivals who espouse Making America Great Again and our policy of America First. We want brilliant, strong, thoughtful, and compassionate leadership.”

Trump endorsed McConnell in the 2020 election, and the senator will not face reelection until 2026 — his term ends in early 2027.

u201cTrump response to McConnell: u201cMitch is a dour, sullen, and unsmiling political hack, and if Republican Senators are going to stay with him, they will not win again…u201du201d