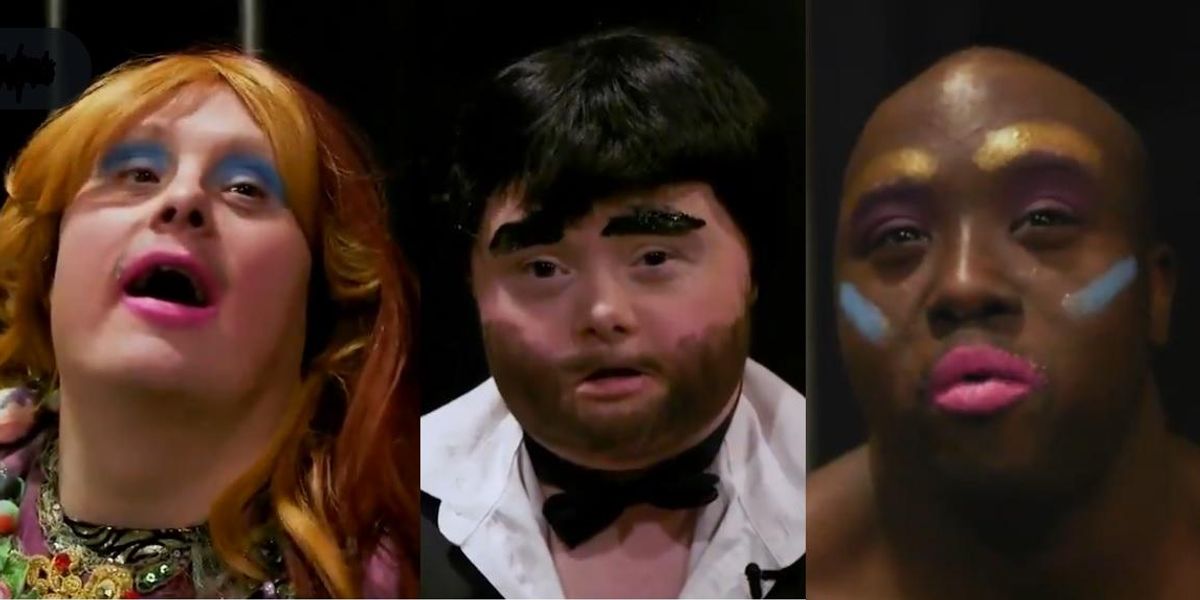 A new promotional video for a U.K. drag show company, which has been around for several years, has sparked outrage over concerns that the performers, all of whom have Down syndrome, are being exploited.

On January 4, Mashable, a U.K. media and entertainment company, tweeted a nearly ten-minute video intended to promote the drag show, known as “Drag Syndrome,” a “drag collective featuring highly addictive queens & kings with Down-Syndrome,” according to its website. The cast of “Drag Syndrome” is composed of ten “artists”: Davina Starr, Frozita Honkong, Gaia Callas, George the Lord, Gymma Black, Horrora Shebang, Justin Bond, Lady Francesca, Lady Mercury, and Nikita Gold. As with any drag show, the performers dress up as members of the opposite sex and dance provocatively on stage alongside those who do not have physical disabilities.

u201cMeet the artists and performers of Drag Syndrome, the worldu2019s first drag troupe for people with Down syndromeu201d

“Sometimes drag is an idea you want to communicate,” asserts the creative director of the show, Daniel Vais, who, as Shay Woulahan of Reduxx notes, does not appear to have Down syndrome.

Vais founded “Drag Syndrome” earlier that year as part of a larger project called Culture Device, which purportedly aims to “use improvisation and experimental electronic sound to push the boundaries of choreography, whilst giving a professional platform for performers with [Down syndrome].” And the troupe has had notable success. It is currently participating in RuPaul’s DragCon UK 2023 in London, an event at which the group performed in 2020 as well. “Drag Syndrome” has also gone on tour throughout Europe and boasts over 550,000 TikTok followers.

Despite the fame, the group has also sparked outcries of exploitation, considering that those with Down syndrome “have intellectual disability or low IQ, which includes difficulty learning and trouble with activities of daily life,” according to the Mayo Clinic. Woulahan found that most of the Twitter comments about the promo video, entitled “Born to dance with an extra chromosome,” have denounced it.

“This is evil beyond words,” said one popular response. “They’re exploiting vulnerable people. This is evil and disgusting,” added another.

Because of his misgivings about the show, Peter Meijer, the owner of the Tanglefoot Building in Grand Rapids, Michigan, canceled a “Drag Syndrome” performance scheduled at his establishment in 2019. “The involvement of individuals whose ability to act of their own volition is unclear raises serious ethical concerns that I cannot reconcile,” Meijer wrote in a letter announcing the cancellation. The group eventually found another venue at the last minute, though whether the group ever actually performed at the scheduled time is unclear.

Still, the performers themselves insist that, by donning drag, they are merely expressing their true selves.

“It can be a challenge to express yourself sexually,” said Otto Baxter, aka Horrora Shebang, in 2018. “People misunderstand that people with Down syndrome like sex,” he added.

What Could Go Wrong? New Bill In Tennessee Aims To Create Digital Driver License
Woke makeup brand shares photo of what appears to be a bearded man wearing bright pink lip cream
Van Jones Claims Black Police Officers Are Still Motivated By Racism
‘If you need to arrest me, I understand’: US Marine allegedly flew from Louisiana to Florida to have sex with 14-year-old girl he met online
Trump Exposed His Fear of DeSantis in 2024