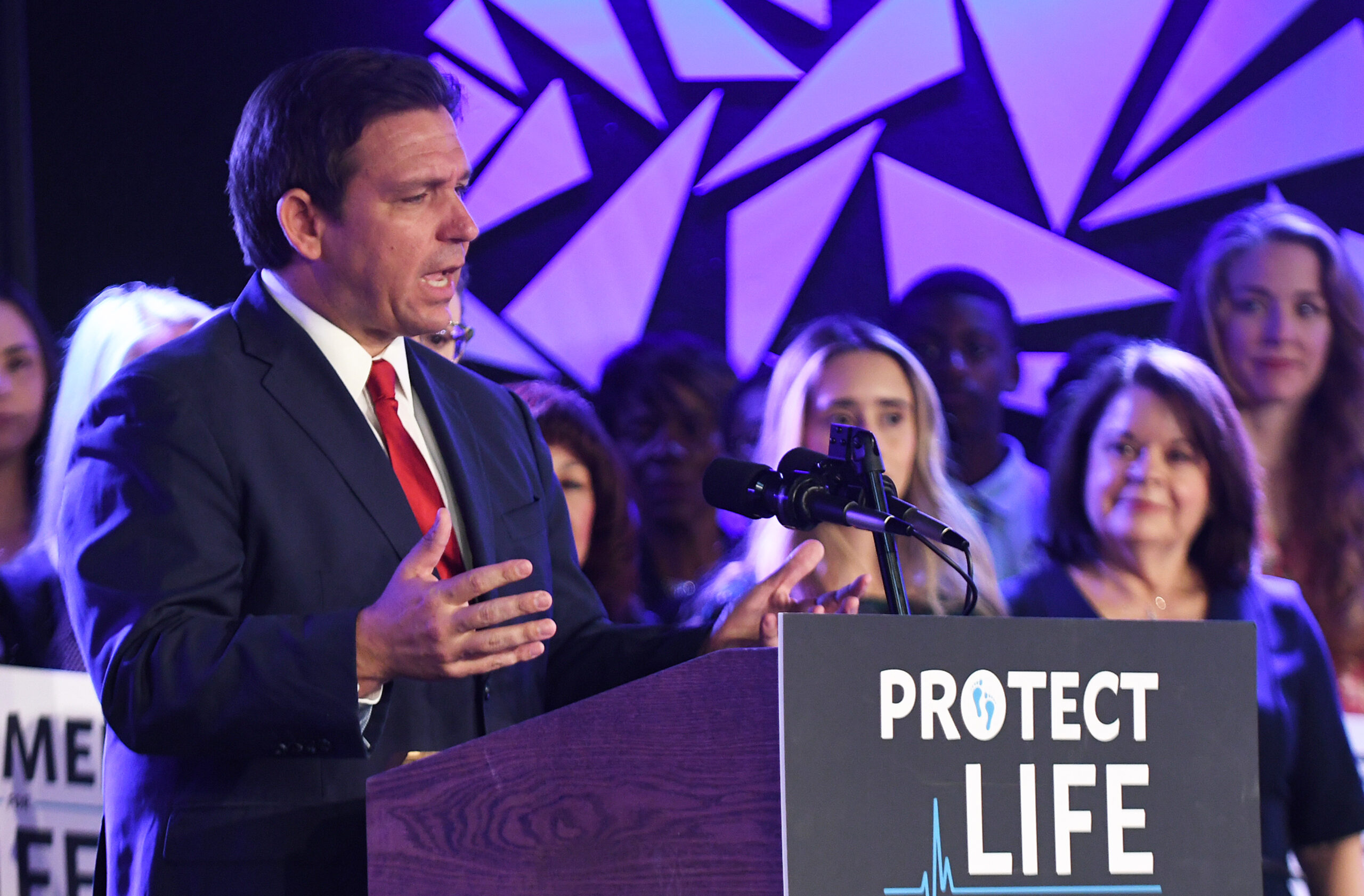 “The upcoming 2023 Florida legislative session starts in March, and we look forward to working with the Florida legislature to further advance protections for innocent life,” press secretary Bryan Griffin shared with The Daily Signal on Tuesday afternoon.

Griffin pointed to a December press conference where the governor walked right up to the line of explicitly promising to support a bill banning abortions after a baby has a heartbeat.

“I’m willing to sign great life legislation,” DeSantis said, arms outstretched, asked if he would support a heartbeat bill. “That’s what I’ve always said I would do.”

Florida Right to Life President Lynda Bell hasn’t seen specific language on such a bill, though she’s called and contacted “quite a few” Florida legislators to discuss it.

“Last session we had a 15 week bill and we felt like that was just the beginning,” she shared hopefully on Tuesday morning. “Of course, we hadn’t had the Dobbs decision yet, and so we supported the 15 week bill and it was very successful.”

HB 5, which DeSantis signed in April, bans late term abortions after the unborn baby has reached 15 weeks of age. It allows exceptions when the mother’s life is at risk or in danger of “irreversible physical impairment,” or if the baby has a fetal abnormality, but does not offer exceptions for rape.

“House Bill 5 protects babies in the womb who have beating hearts, who can move, who can taste, who can see, and who can feel pain,” DeSantis said at the time.  “Life is a sacred gift worthy of our protection, and I am proud to sign this great piece of legislation which represents the most significant protections for life in the state’s modern history.”

Florida has seen a huge drop in abortions in the past year, according to Florida Right to Life—in 2022, abortions fell by 14.5% statewide, Bell said, citing the state’s Agency for Health Care Administration (AHCA). The AHCA did not immediately confirm these numbers.

Bell credits the infant lives saved to the “strong pro-life majority” in the legislature and “a governor who asked us to send him pro-life legislation to sign and enact into law.”

The Daily Signal reached out to the DeSantis team after a spokesman for Republican South Dakota Gov. Kristi Noem accused DeSantis of “hiding behind a 15 week ban” and claimed that Florida Right to Life was embarrassed by the governor (Bell denied this to The Daily Signal, praising both Noem and DeSantis for protecting life).

“Does he believe that 14-week-old babies don’t have a right to live?” asked spokesman Ian Fury in an irate email to National Review reporter Nate Hochman about Hochman’s “How Gender Ideology Conquered South Dakota.” Fury declined to comment further on the matter to The Daily Signal.

“To say that we are embarrassed by DeSantis? That statement alone is an embarrassment. We are thrilled with our governor,” Bell added.

DeSantis spokesman Griffin said Tuesday that the governor’s office “has no response” to Fury’s allegations, desiring that conservative governors across America “work together for reform and the enactment of conservative policies through our federalist system.”

Fury also accused DeSantis of firing former Agency for Healthcare Administration Secretary Simone Marstiller, suggesting that Marstiller was fired for being pro-life. According to Griffin, she merely retired.

“It is absolutely false that Secretary Marstiller was ‘terminated’ for being pro-life,” Griffin said Tuesday, pointing The Daily Signal to the governor’s November tweet praising Marstiller upon her retirement. “Governor DeSantis is pro-life himself.”

“Thank you, Governor,” she responded at the time. “It has been a privilege and a blessing to work with you on such criticality important issues. May God continue to order your steps as you lead the great FREE state of Florida.”

“It wasn’t my fault that the Republicans didn’t live up to expectations in the MidTerms,” Former President Donald Trump said in a TruthSocial post in early January. “I was 233-20! It was the ‘abortion issue,’ poorly handled by many Republicans, especially those that firmly insisted on No Exceptions, even in the case of Rape, Incest, or Life of the Mother, that lost large numbers of Voters.”

“Also, the people that pushed so hard, for decades, against abortion, got their wish from the U.S. Supreme Court, & just plain disappeared, not to be seen again,” added the former president, who has not responded to requests for comment. “Plus, Mitch stupid $’s!”

Trump’s remarks prompted Susan B. Anthony Pro-Life America, one of the leading pro-life groups in the country, to issue a statement noting that the “the approach to winning on abortion in federal races, proven for a decade is this: state clearly the ambitious consensus pro-life position and contrast that with the extreme view of Democrat opponents.”

“We look forward to hearing that position fully articulated by Mr. Trump and all presidential candidates,” the organization said, adding, “There was ALSO a profound midterm lesson for future federal candidates: those who adopted the Ostrich Strategy on abortion lose.”

We Are Not ‘At the Brink of World War III’ — At Least Not Yet
What is Scorpion, the now disbanded police unit at the centre of Tyre Nichols’ death?
PBS Host, Guest Claim Black Memphis Cops Driven by ‘Anti-Black Racism’ in Deadly Beating
Cracks in the Republican Majority Already Showing
Helping 200 Teachers Abandon Indiana’s Largest Teachers Union