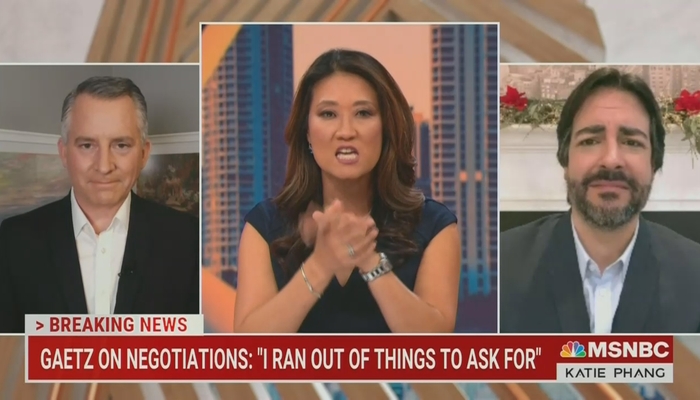 Fox News viewers are degenerate drug addicts, desperate for their next fix of government-hating heroin.

That was the take of ex-Republican Congressman turned MSNBC analyst David Jolly on Katie Phang’s show on Saturday morning.

Jolly was reacting to the news that Speaker Kevin McCarthy will reportedly organize a Frank Church-style committee to investigate abuses in recent years by the FBI and CIA. Liberals loved that in the 1970s!

Jolly bemoaned that any probe means “Republicans can shred at the integrity of the federal government,” and “undermine our confidence as Americans in self-governance….That is at the heart of this tear down, break down the government. We can’t trust the government. We’re going to topple it.”

Did anyone notice MSNBC never felt endless investigations of the Trump administration shredded the federal government’s integrity, or toppled it? This street only goes one way.

“You better believe that is going to be heroin in the veins of Fox News viewers over the next two years.“ 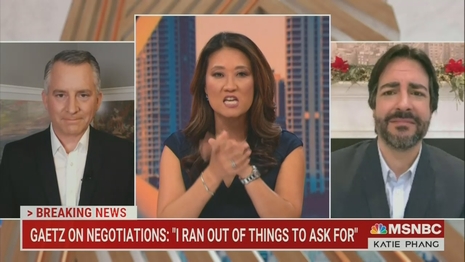 But, as seems apparent, if the FBI and other government agencies conspired with Big Tech and other media to suppress the Hunter Biden laptop story, and silence the voices of conservatives, using Twitter and other social media platforms as their cats’ paws, then those agencies have shredded their own integrity. That needs to be exposed so that necessary reforms can be made.

Jolly is in essence calling for a cover-up of those abuses.

On Katie Phang’s show, MSNBC analyst and former Republican congressman David Jolly saying that the investigation into CIA and FBI abuses that Speaker McCarthy will be organizing will be “heroin in the veins of Fox News viewers” was sponsored in part by Walmart.

KATIE PHANG: David, you served in the House. You’ve been in the room for these types of negotiations. Matt Gaetz was asked why he changed his vote to “present,” and eventually for support of McCarthy. He said that he, quote, ran out of things to ask for.

I mean, how concerned should Americans be about what Kevin McCarthy gave up, what he agreed to behind those closed doors to finally get the gavel he’s been craving for so long?

DAVID JOLLY: Yeah. The question of what was given up is so important here, within the context of what we commemorated yesterday, the two-year anniversary of January 6th. And first, Katie, fantastic to be with you and Fernand, two of my good friends.

I have to eat a little bit of crow this morning. I said Kevin couldn’t get it done. I think I overestimated two things. The amount that Kevin would give away, and the fact that Never Kevins said they would be Never Kevin. And they clearly, clearly lied. But Kevin got it done.  I got it wrong by a little hair here.

But talk about how he got it done, because it’s so critically important. What he gave away, what we know he gave away, was to give more breathing room and more power to the insurrectionists. And we really have to look at it through that context. You’ll hear the insurrectionist caucus talk how, what they did was empower all Members to be able to domore do more on the floor. That’s true! But those Members had usually been kept in check by leadership. Certainly by Pelosi, definitely by Boehner and Ryan because they tried to quiet those forces. Now they gave more liberties, more power, to the very people that cooperated with Donald Trump to try to steal the election. That’s what just happened.

And then secondly, what he gave them that we know, is the formation of what looks like a Church committee from the 1970s.

A House committee where Republicans can shred at the integrity of the federal government, and tell America that your government is spying on you and coming after you. That is at the heart of this tear down, break down the government. We can’t trust the government. We’re going to topple it.

He just gave them a committee platform to have those hearings. And you better believe that is going to be heroin in the veins of Fox News viewers over the next two years. And undermine our confidence as Americans in self-governance. That’s the danger of what Kevin McCarthy just did.