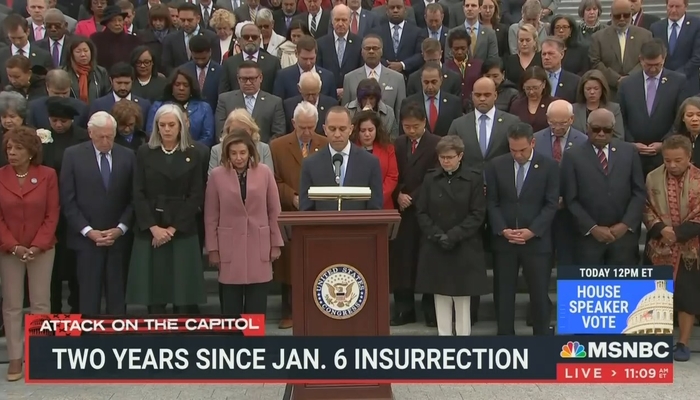 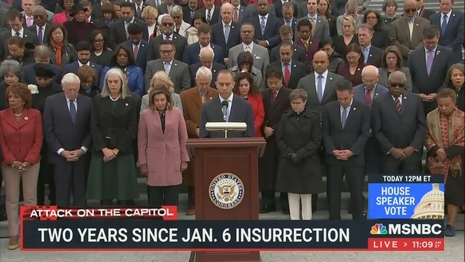 One of the mysteries of January 6, 2021 was why National Guard troops were not called up to protect the Capitol that day. If that had happened, the story of the lightly defended Capitol on January 6 would likely have been very different.

Well, Politico senior editor Michael Schaffer thinks he knows the reason: Trump’s fault. Yes, that all-purpose liberal blame game excuse has come to the fore again as Schaffer puts it forward on Friday in “Trump Politicized the Military. Was That the Real Problem With the Jan. 6 Response?”

First Schaffer scratches his head over this problem:

Steven Sund, the ex-chief of the U.S. Capitol police who was forced out after the Jan. 6 insurrection, says that the public is failing to comprehend one of the most important legacies of the recent era of partisan discord: how the intense politicization of federal law enforcement is jeopardizing the safety of Washingtonians. The next time a violent threat breaks out or a protest gets dangerously out of control in the capital of the United States, what will be the process for calling out the National Guard?

The question flummoxed Washington two years ago. And today the answer remains elusive, and the politics of security devilishly complicated across the American political spectrum. That uncertainty alone leaves Washington at greater risk of an out-of-control domestic disturbance, and Washingtonians at a greater risk of bodily harm.

Now we get to the sticky situation of Nancy Pelosi:

To rewind a bit: The lack of a National Guard response on Jan. 6 is one of the major subjects of lingering finger-pointing two years after the insurrection. Was this Trump administration malfeasance? Poor law enforcement planning? Opinions vary, but the issue is front and center again with this week’s publication of Sund’s memoir, Courage Under Fire. In the book, Sund is sharply critical of numerous figures he says were responsible for the failure to deploy federal resources to back up the outnumbered police as they battled the mob. He recounts meetings with congressional staffers in the days before the insurrection in which he was told that then-speaker Nancy Pelosi was “never going to go” for deploying the Guard, and meetings in the midst of the crisis when Pentagon brass said they didn’t want to take responsibility for the unprecedented spectacle of the military rushing the citadel of democracy.

“It was sickening,” Sund told me this week. “I’m sitting here watching my men and women fighting, you know, defend every inch of ground. … I get on the call with the Pentagon to find that they’re really [more] concerned about the look of having the National Guard up at the Capitol than they are about my men and women and their asses handed to them. That’s sickening.”

Uh-oh! The former chief of the Capitol Police seems to be putting the blame on Nancy Pelosi. But this being Politico, it cannot be allowed to stand. So, who was to blame? You have probably already guessed the answer.

…John Falcicchio, the D.C. deputy mayor who sat in on the day’s panicked law enforcement conversations from the city police command center, says that Sund’s depiction of the unheeded calls for federal backup rings true. “[D.C. Police] Chief [Robert] Contee kind of says, Hey, listen, guys. Let’s just get right down to it. Chief Sund, are you inviting the National Guard to come support the U.S. Capitol Police on the grounds of the Capitol? And there’s like a silent moment. Then he says yes. And literally, the Pentagon is the next voice heard. And they’re literally like, we’re not going to be able to fulfill that request.” The room deflated. “The Pentagon, in fairness, was saying: Listen, that visual of the National Guard charging up to the Capitol is one we don’t know that it’s the best one to portray.”

Whatever his intentions — and I’m not competent to litigate whether he was a goat or a scapegoat — Sund’s book draws an interesting connection, one that is worth pondering as the country looks forward: In his telling, there’s a direct connection between the decision making on Jan. 6 and something that had happened just a half-year earlier, when the Trump administration flooded the city with federalized law enforcement to counter the protests that followed the murder of George Floyd.

If the consensus about Jan. 6 is that there was an unconscionably weak federal response, the general opinion about the summer of 2020 is that there was a disgracefully excessive military presence when Donald Trump took his infamous walk across a freshly-cleared Lafayette Square in the company of the uniformed chairman of the Joint Chiefs of Staff.

So, despite the failures of Nancy Pelosi and others in requesting the National Guard according to Sund,  Schaffer goes to the comfortable liberal position of… Trump’s fault despite his offer of 10,000 National Guard troops for that day.

Excellent Solutions for Your 7 Biggest Clutter Problems
MSNBC Uncorks Fever Dreams of MAGA Killing Democracy — As DirecTV Nixes Newsmax
How and Why the Left Is Making the Memphis Cops Into “Racists”
White Privilege Virtue-Signaling Scarborough: I Wouldn’t Have Been Beaten Like Tyre
Joy Reid: ‘What Happened to Tyre Nichols Was as American as Apple Pie’