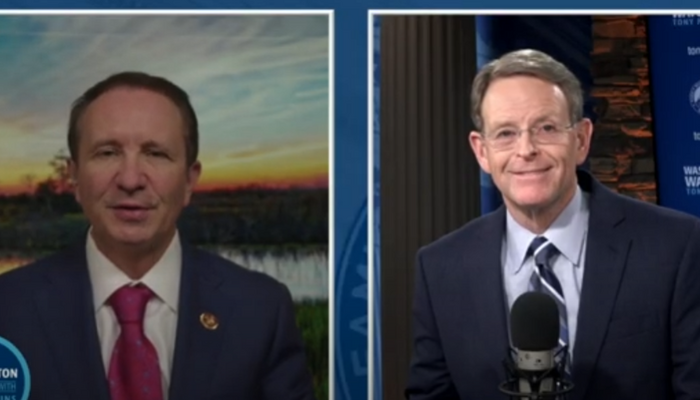 Landry joined Family Research Council President Tony Perkins on his Wednesday show to discuss how bombshell revelations in the files confirm the censorship allegations made in his lawsuit. “The government…was actively involved in suppressing the speech of Americans through social platforms,” Landry said. He referenced confirmed censorship occurrences on Twitter like the Hunter Biden laptop scandal and the targeted suppression of views that questioned the official narrative on COVID-19.

“This is something you would normally see happen in a communist, totalitarian-type state,” he added. “This is exactly the kind of conduct the First Amendment…was put in place to prevent.”

Landry argued that such government overreach reduces “citizens” to “subjects of the government.”

“If we don’t have a democracy under which Americans are free to exercise their speech, free to discuss their ideas in a marketplace of ideas, then we are no better off than in a communist country,” he said.

The lawsuit, which includes former Missouri Attorney General Eric Schmitt as a plaintiff, specifically cited original research from Media Research Center and its CensorTrack database in its case-in-chief.

Last year, MRC published its findings of 646 cases in CensorTrack of pro-Biden censorship between March 10, 2020, and March 10, 2022. This number included cases from Biden’s presidential candidacy through the first year of his presidency. One-hundred and forty cases found in the study specifically involved Big Tech platforms censoring people for sharing stories about the Hunter Biden laptop scandal.

Tesla car battery ‘spontaneously’ bursts into flames on California highway, firefighters need 6,000 gallons to put it out
Zero protesters show up at Jordan Peterson event that activists warned was ‘racist’ and ‘homophobic,’ demanding its cancellation
Bodycam footage shows Tyre Nichols calling for his mother as he is beaten by officers before his death
Trump lambastes Florida governor as ‘RINO GLOBALIST’
Kamala Harris and George Floyd’s family members to attend Tyre Nichols’ funeral