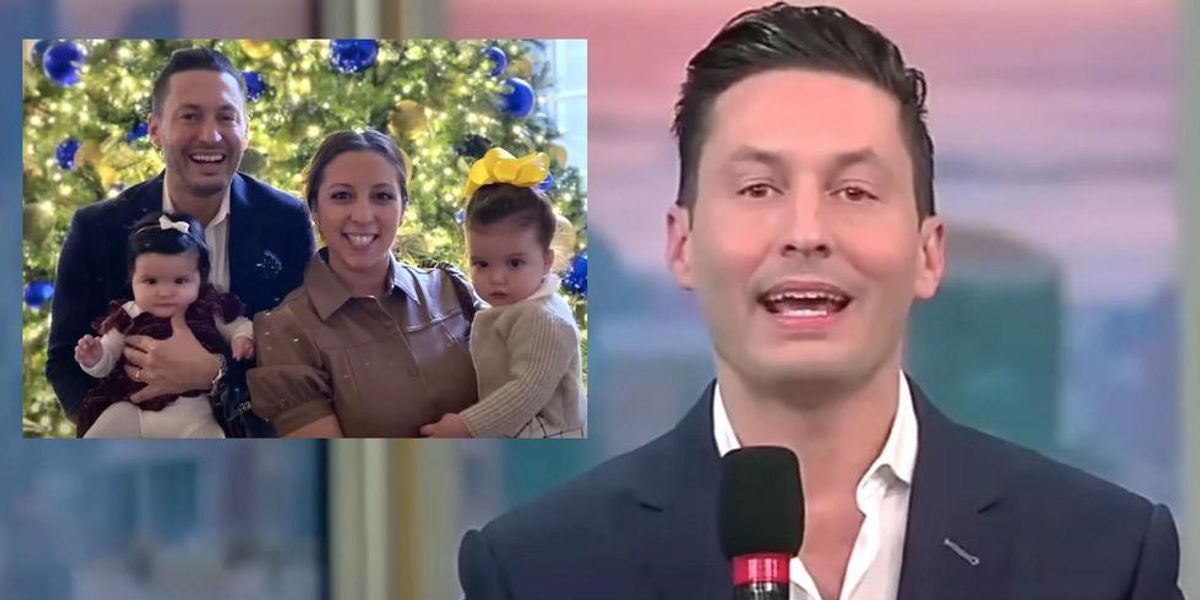 The wife of the ABC News producer who died suddenly of a heart attack has been charged with child endangerment after she was accused of abandoning her young children to attend the expensive dinner during which her husband died.

37-year-old Dax Tejera died on Dec. 23, but police say that he and his wife Veronica Tejera had left their 5-month-old girl and 2-year-old girl alone.

A spokesperson for the NYPD’s public information office told Variety that she was booked on two counts of “acting in a manner injurious to a child.”

Police said that they responded to a report of unattended children at the address of the Yale Club, a members only hotel in Manhattan.

An investigation found that “a 2-year-old female and a 5-month-old female were left alone inside of a hotel room for an extended period of time.”

The Tejeras had two children and lived in Chevy Chase, Maryland. Veronica was given a desk ticket and released over the two charges.

She later released a statement claiming that she had left the children hoping their friends would come watch them but that the hotel didn’t allow them in. However, sources told the New York Post that the children had been left alone for far longer than she was admitting. She also said she was monitoring the children via a remote video system.

“We had two cameras trained on my children as they slept, and I monitored them closely in the time I was away from them. While the girls were unharmed, I realize that it was a poor decision,” she claimed.

Dax Tejera had been an executive producer on “This Week with George Stephanopoulos,” and previously of “Real America with Jorge Ramos.”

Dax Tejera had been praised by ABC division president Kim Godwin in a statement after his death that lauded his “energy, passion and love” for the show he produced.

“Our thoughts are with his wife, Veronica, the couple’s two young daughters, and the entire Tejera family,” wrote Godwin at the time. “On this Christmas Eve, hug your loved ones a little tighter. And please lean on each another.”

Here’s more about the death of Dax Tejera:

In loving memory of Dax Tejera | This Weekwww.youtube.com

This Republican will reportedly launch a presidential bid in February
‘Seinfeld bill’ is real. It’s going through the N.J. state legislature to battle telemarketers — and some might even call it spectacular.
Could Lower Standards for Police Recruits Breed Future Misconduct?
Top Ten Worst Colleges For Free Speech
MASSIVE EXPLOSION Over Billings, Montana – Military Helicopters Have Been Activated