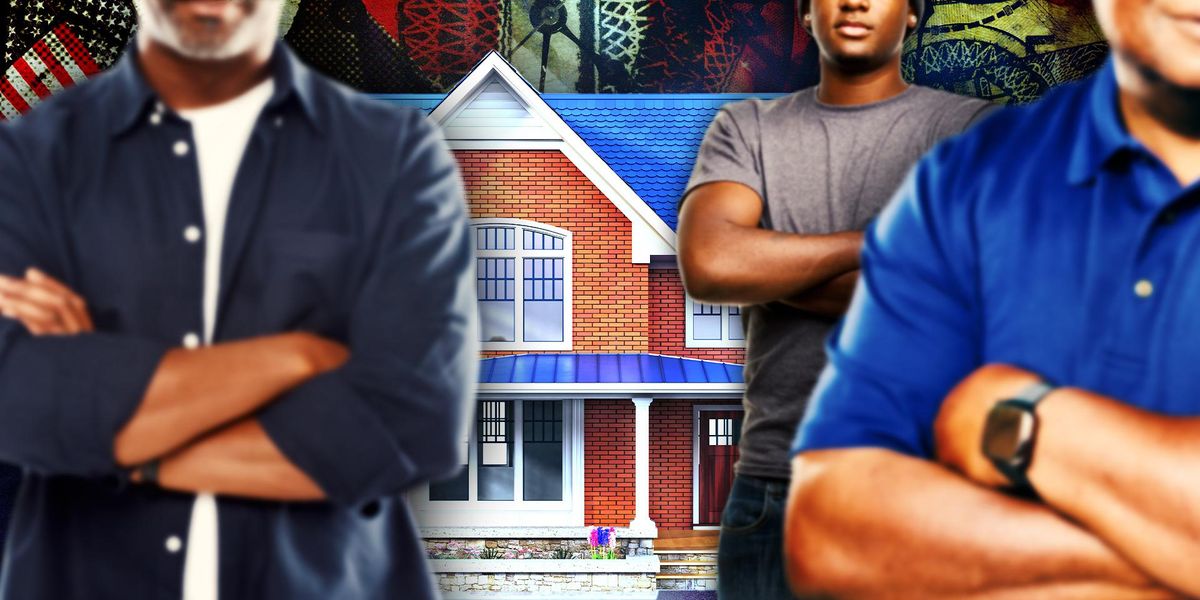 The Overton window has been moved right in front of your child’s bedroom, and the year 2023 will be marked by your willingness to kick down the ladder full of people attempting to enter your home.

That is why my personal theme for 2023 and message to fearless men across the country is simple and straightforward: “Protect this house.”

This was the tagline from a series of commercials in 2010 from Under Armour, the disruptive sports apparel company based in Baltimore.

Conservatives are frequently accused of fearmongering and inciting moral outrage about culture war issues. We’re told that drag queens aren’t really in schools and hospitals aren’t really mutilating children. The truth is that there is a war being waged on multiple fronts by a variety of enemies who share the same goal: to infiltrate our homes and capture our most prized possessions.

Radical ideologues want to control our minds because they know that the most efficient way to impact what people do is to control what they think. Corporate media outlets write headlines like “Transgender man gives birth to non-binary partner’s baby with female sperm donor” to confuse readers and force a new reality on them. They know that if you can get a man to accept absurdities, you can also get him to commit – or defend – atrocities.

Our enemies don’t just work in the press. The Centers for Disease Control recently released a self-assessment tool to help schools gauge how “inclusive” they are to LGBTQ students. The public health agency that is afraid to affirm the fact that only women can get pregnant wants schools to introduce students to the “Gender Unicorn” so that they leave school more confused about their identities than when they started. The CDC’s guide demonstrates how our governing institutions and schools are working in tandem to corrupt our children.

The people who will suffer are the kids being told that new names, hormones, and surgeries will transform them into the opposite sex. A culture that is confused about the basics of human biology will have a hard time forming stable families. Unfortunately, the decline in morals and values in that area predates the transgender movement by decades.

A hip-hop artist and producer named Akon recently offered his approval of Nick Cannon’s serial impregnation campaign. Akon dismissed the idea that Cannon, who recently welcomed his 12th child, is doing damage to his kids by refusing to marry one of their mothers and raise children together under one roof. Akon also said that attending recitals for your children is a “white man’s thing” during a conversation with British media personality Zeze Millz.

Sleeping with dozens of women and creating children for sport does not make an adult male a man. Celebrities like Cannon and manosphere personalities like Andrew Tate are just as antagonistic toward the natural family as your garden-variety blue-haired radical feminist.

Young men in the West need to hear that a wife and children will give them something to both live and die for. They need to learn about duty and obligation, a stark contrast to the language of personal therapy they encounter at every turn. They need to be encouraged to think multi-generationally in a world that tells them that the god of self is the highest power in their lives.

The forces of media, government, and pop culture are easy enemies to identify. One thing that is certain in 2023 is that the mission to protect our homes and families will also periodically involve fighting back against people who claim to be friends.

Donald Trump remains a popular figure among conservatives. The former president released a statement on Truth Social claiming that missteps by pro-life voters and politicians were behind the 2022 midterm losses. It is true that Democrats used the fall of Roe v. Wade and abortion restrictions on the state level to galvanize their voters. It’s also true that pro-life voters, especially evangelical Christians, are some of Trump’s most loyal supporters. They believe that human life has inherent value regardless of age, location (e.g., inside the womb), circumstances of birth, or whether the birth mother wants the child.

If being pro-MAGA means abandoning those convictions for the sake of political pragmatism, conservative Christians will have to decide what they truly hold dear. The battle is raging, and millions of Americans feel like they are being attacked on all sides. How should we respond to these attacks?

Under Armour made the “Protect this house” campaign. As a Christian, I know that protecting my house will require putting on the full armor of God.

The Apostle Paul lays out everything the believer needs to do battle in the book of Ephesians,

13 Therefore put on the full armor of God, so that when the day of evil comes, you may be able to stand your ground, and after you have done everything, to stand. 14 Stand firm then, with the belt of truth buckled around your waist, with the breastplate of righteousness in place, 15 and with your feet fitted with the readiness that comes from the gospel of peace. 16 In addition to all this, take up the shield of faith, with which you can extinguish all the flaming arrows of the evil one. 17 Take the helmet of salvation and the sword of the Spirit, which is the word of God.

Christians should be leading the culture into battle because we have the weapons that are required for spiritual warfare. We are called to stand firm in the face of evil, gird ourselves with the truth, pursue righteousness, and use both a sword and shield when we’re engaged in combat. Unfortunately, many have defected to the other side even though they claim to fight for Jesus.

They refuse to stand firm on any issue that would earn them scorn from the culture. They run from biblical truth related to issues of sex, sexuality, marriage, and family to avoid being lumped in with all the “hateful” Christians who refuse to use personal pronouns or celebrate drag shows in public libraries. That type of cowardice must stay in 2022. The year is 2023, and every man is going to have to decide whether he will protect his house. The only acceptable answer is “I will!”

What The Media Won’t Tell You: The Squad, Race And Anti-Semitism
REPORT: FBI Planning To Build New Headquarters Building Twice The Size Of The Pentagon
NYPD nabs suspect in brutal attack on beloved, 90-year-old NYC candy shop legend
Why Chloe Cole Deserves the Jazz Jennings ‘Trans’ Treatment—and More
‘Seinfeld bill’ is real. It’s going through the N.J. state legislature to battle telemarketers — and some might even call it spectacular.