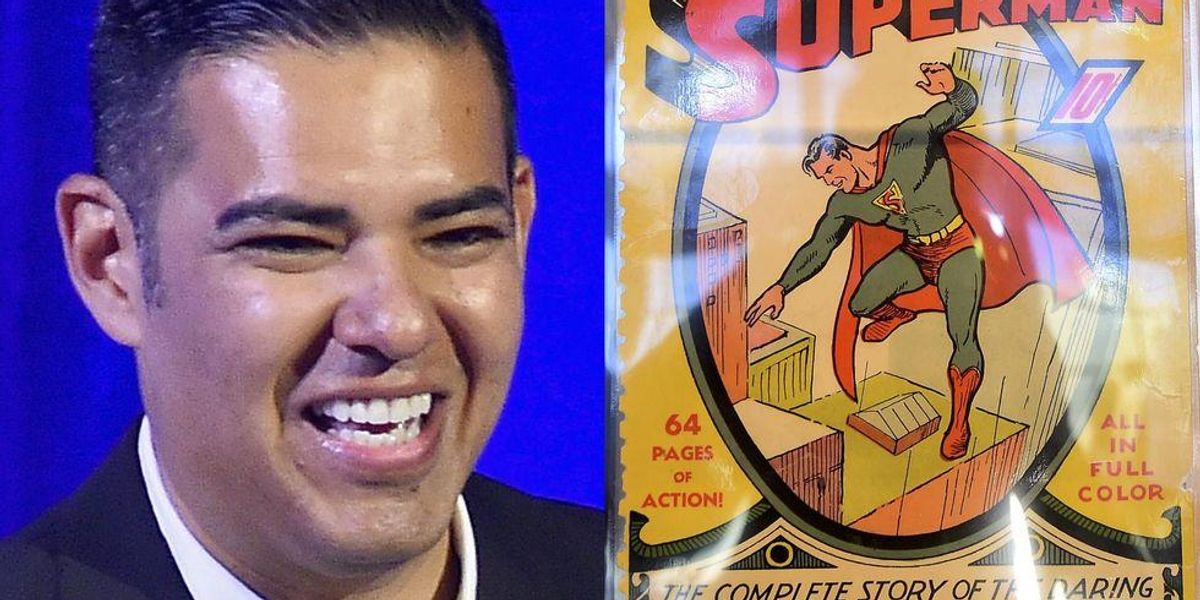 A Democrat who was elected to U.S. Congress in 2020 will be sworn in on various documents, including a copy of the first “Superman” comic book, which is worth about $5.3 million.

A journalist spotted the classic comic book among the many religious books and other documents over which members of Congress had chosen to take their oaths.

u201cDEVELOPING: A member of the House of Representatives is taking their oath on a classic Superman comic booku201d

When the journalist inquired about the identity of the member, a congressional aide refused to say.

The mystery was solved when Robert Garcia, a Democrat from Long Beach, California, tweeted that he was the person who would be sworn in on the comic book.

“Will be proudly sworn-in to Congress on the U.S. Constitution. Underneath the Constitution will be 3 items that mean a lot to me personally,” Garcia tweeted.

u201cWill be proudly sworn-in to Congress on the U.S. Constitution. Underneath the Constitution will be 3 items that mean a lot to me personally. A photo of my parents who I lost to covid, my citizenship certificate & an original Superman #1 from the @librarycongress. ud83cuddfaud83cuddf8ud83dude0au201d

“A photo of my parents who I lost to covid, my citizenship certificate & an original Superman #1 from the @librarycongress,” he added. Garcia has described himself as a comic book nerd.

Garcia is the
first openly LGBTQ immigrant to be voted into the U.S. Congress. He was formerly the mayor of Long Beach from 2014 until he was elected for the 42nd district of California.

Both of his parents died from coronavirus complications in 2020. He and his family members immigrated to the U.S. from Lima, Peru, when he was 5 years old.

The comic book was first published in 1939, when it was sold for ten cents a copy. In 2022, a copy of that book sold for $5.3 million
according to CGC, a grading company for comics.

“Superman #1” is not, however, the first appearance of the superhero in comics. That distinction belongs to “Action Comics #1,” which was published in 1938. A copy of that
comic book sold for $3.18 million in 2021.

Here’s Garcia on his comic obsession: