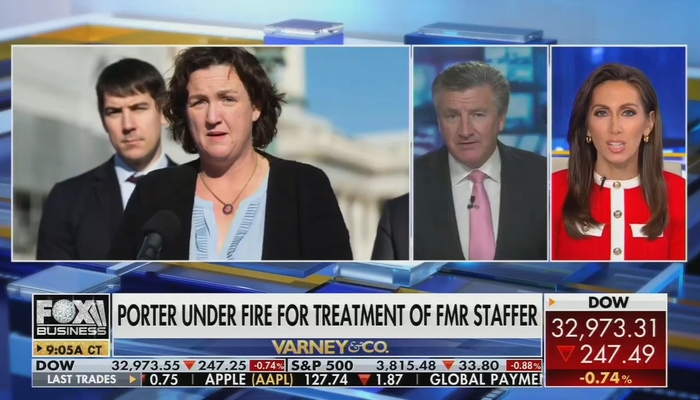 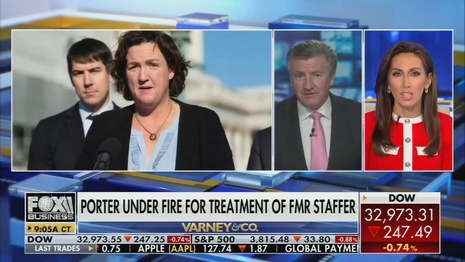 On Friday, Fox News Digital reported how an ex-staffer for Democrat Congresswoman Katie Porter (CA-45) went public with allegations that Porter made racist comments to members of her staff, and “ridiculed people for reporting sexual harassment.” In the days since this report, the big three networks (ABC, CBS, & NBC) ignored the news of Porter’s toxic work environment during their morning and evening broadcasts on Saturday, Sunday, and Monday.

Apparently, those stories were bigger news than a recently reelected Democrat congresswoman using racial slurs when talking to her staff.

According to Sasha Georgiades, a Navy veteran and former Wounded Warrior fellow who worked for Porter, the leftwing congresswoman “ridiculed people after they had reported sexual harassment in her office” and even “made fun of individuals whose parents passed away from COVID.”

“Basically told the individual to grow up,” Georgiades said whenever a staffer had filed an incident of sexual harassment against someone in Porter’s office.

Georgiades isn’t the only one who suffered from Porter’s abuse. A Twitter account called Dear White Staffers posted screenshots sent to them by anonymous ex-Porter staffers which reveal how toxic her office has been over the years.

VIBE CHECK: Rep. Katie Porter fires staffer after both test positive for COVID. Full texts from the Congresswoman firing the staffer via text. Shared with permission from staffer. pic.twitter.com/jbhn2NzrmB

The account also accused Porter of being “completely disinterested” in representing her constituents in Congress.

You can bet that if a Republican was accused of this behavior, it would be covered on every morning and evening newscast on all three networks.

This bias by omission from the three networks was made possible by WeatherTech on ABC, Liberty Mutual on CBS, and Aleve on NBC. Their information is linked.

Is This CNN’s Response to Gutfeld’s Ratings Dominance?
Pentagon ‘confident’ spy balloon aloft in US airspace is Chinese
Annie Wersching, ‘Star Trek,’ Bosch,’ and ’24’ actress, dead at 45
Big Pharma Is Hoarding Over $1 Billion In Payments For Cancelled Vax Doses
White Privilege Virtue-Signaling Scarborough: I Wouldn’t Have Been Beaten Like Tyre