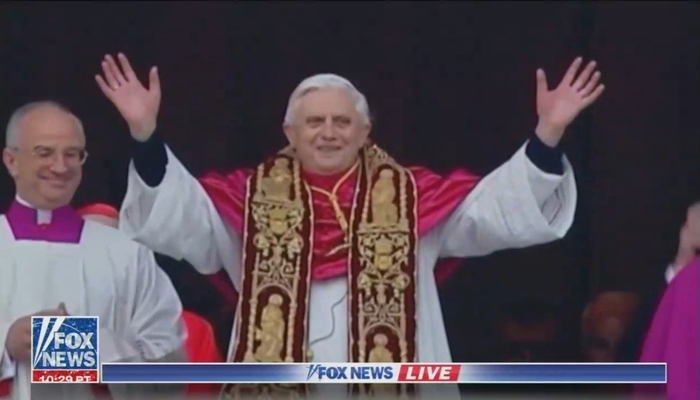 After he received a rash of harsh replies (and perhaps some notes from angry Politico editors), the tweet was deleted. DeSantis press aide Jeremy Redfern saved it:

Why’d you delete this, @ericgeller?

Is this the usual objectivity of a @politico journo? How much longer until you lock down your account? pic.twitter.com/m0eLrYqorG

For the reprehensible tweets circling from barstool conservatives, Politico journalists and others about Benedict, some context:

“His parents, staunch Catholics, were opposed to Nazism — and personally affected by it.https://t.co/UZsR844ZoI

Under that, Basham tweeted:

Biographer John Allen said that Cardinal Ratzinger disclosed in 1996 that the family had a 14-year-old cousin with Down syndrome who was taken away by Nazis in 1941 for “therapy.” The family soon after learned the boy was dead, likely exterminated for his disability.

As a young man, Joseph Ratzinger and his brother, Georg, were compelled to join the Hitler Youth and, in 1943, Joseph was drafted into the German military. Toward the end of the war, the future pope deserted his post and was captured by U.S. forces. He would return to seminary, along with his brother, upon his release.

Geller could also work at HBO. As Brent Bozell wrote when Pope Benedict resigned from the papacy, they aired a filmmaker calling Benedict a “criminal.”