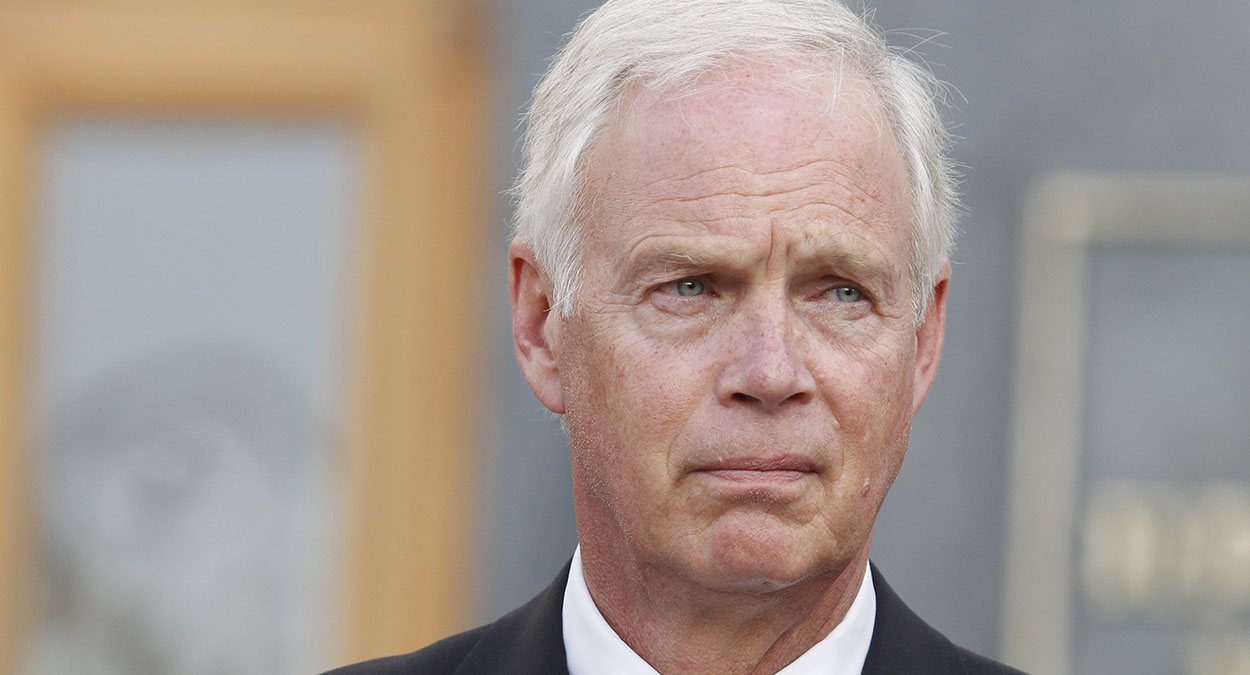 Sen. Ron Johnson, R-Wis., called on Democrats to join Republicans in investigating the threat of politicized federal law enforcement after the latest installments of the “Twitter Files” revealed that the FBI paid Twitter more than $3.4 million while the bureau was pressuring the social media company and reportedly undermining Johnson’s probe of Hunter Biden’s foreign business dealings.

“The corruption revealed in ‘The Twitter Files’ is only the tip of the iceberg—there’s a much larger story that needs to be uncovered and exposed,” Johnson told The Daily Signal.

The Wisconsin Republican mentioned that the incoming GOP majority in the House of Representatives seems likely to investigate the FBI and other federal agencies, but he urged Democrats to join those efforts.

“I will do everything I can to assist House chairmen leading these investigations. To find as much truth as possible, however, we need Democrats to put aside partisanship and join our efforts,” Johnson said. “Even though the current deep state favors them, Democrats need to understand the threat that politicized federal law enforcement, national security, and intelligence agencies represent to our freedom and democracy.”

“As ranking member on the Permanent Subcommittee on Investigations, I remain dedicated to delving deeper into these issues and provide the American public information they have a right to know,” he concluded.

Sen. Gary Peters, D-Mich., chairman of the Senate Committee on Homeland Security and Governmental Affairs, the chief oversight committee of the Senate, did not respond to The Daily Signal’s request for comment.

Johnson and Sen. Chuck Grassley, R-Iowa, accused the FBI of acting to discredit their investigation into the financial connections that President Joe Biden’s son, Hunter Biden, has with foreign governments.

On Aug. 6, 2020, Grassley and Johnson met with the FBI’s Foreign Influence Task Force. During the meeting, the FBI brought up “information that we already knew and information unconnected to our Biden investigation,” Grassley wrote.

Elements of the meeting were leaked to the press, leading to what Grassley called “inaccurate media articles during the course of our investigation which falsely labeled our investigation as advancing Russian disinformation.”

The FBI got its hands on Hunter Biden’s abandoned laptop all the way back in December 2019, but—according to whistleblowers who spoke to Grassley and Johnson—the bureau failed to investigate the smoking-gun claims that Joe Biden himself was involved in Hunter Biden’s lucrative foreign business deals in China, Ukraine, and other countries.

Worse, some political observers say, the FBI or other intelligence agencies seem to have “pre-debunked” the story, pressuring Twitter and other social media platforms to suppress it as foreign “misinformation” even though the laptop indeed has turned out to have been owned by the younger Biden.

In the lead-up to the 2020 presidential election, FBI officials and others in the intelligence community had weekly meetings with Twitter, according to a sworn declaration from the social media company’s former head of site integrity, Yoel Roth.

“I was told in these meetings that the intelligence community expected that individuals associated with political campaigns would be subject to hacking attacks and that material obtained through these hacking attacks would likely be disseminated over social media platforms, including Twitter,” Roth said, the New York Post reported. “I also learned in these meetings that there were rumors that a hack-and-leak operation would involve Hunter Biden.”

It remains unclear whether the FBI or a separate intelligence agency had brought up Hunter Biden, but the FBI’s possession of the laptop may have influenced this rumor.

Although neither Twitter nor the FBI found evidence of a Russian attempt to influence the 2020 presidential election similar to the 2016 effort, the intelligence community pushed Twitter to share more information and change policies based on the threat of a foreign election-interference campaign.

The FBI’s Elvis Chan arranged for temporary top-secret clearances for Twitter executives, and the FBI paid Twitter $3,415,323 between October 2019 and February 2021, reimbursement for Twitter’s work on “LE-related projects,” likely a reference to “law enforcement-related projects.”

The first installment of “Twitter Files” revealed that Twitter executives did not have a good explanation for censoring and suppressing the New York Post’s Hunter Biden laptop story, but the FBI’s pressure helps explain why Twitter decided to double down “in an abundance of caution.”

Although it is impossible to know what would have happened had Twitter not suppressed the Post’s reporting on the contents of the laptop, a Media Research Center poll conducted in the days after the 2020 election found that 36% of self-described Biden voters said they were not aware of the evidence behind claims that Joe Biden was personally involved in his son Hunter’s business deals with China, a claim bolstered by emails found on Hunter’s laptop.

Thirteen percent of those voters (4.6% of all Biden voters in the sample) said that if they had known the facts, they would not have voted for Biden.

Even though this apparent influence campaign helped Democrats’ political prospects, Johnson suggested that all Americans should be concerned about the politicization of law enforcement.

Alec Baldwin charged with involuntary manslaughter over fatal shooting on Rust film set
5 things to know before the stock market opens Monday, January 30
Is This CNN’s Response to Gutfeld’s Ratings Dominance?
Breaking: Police Chief Retires After He Placed Officer on Leave for Voicing Traditional Marriage Views on Facebook
‘American Taliban’ Was Released Early — and Promptly Met with an ISIS Recruiter