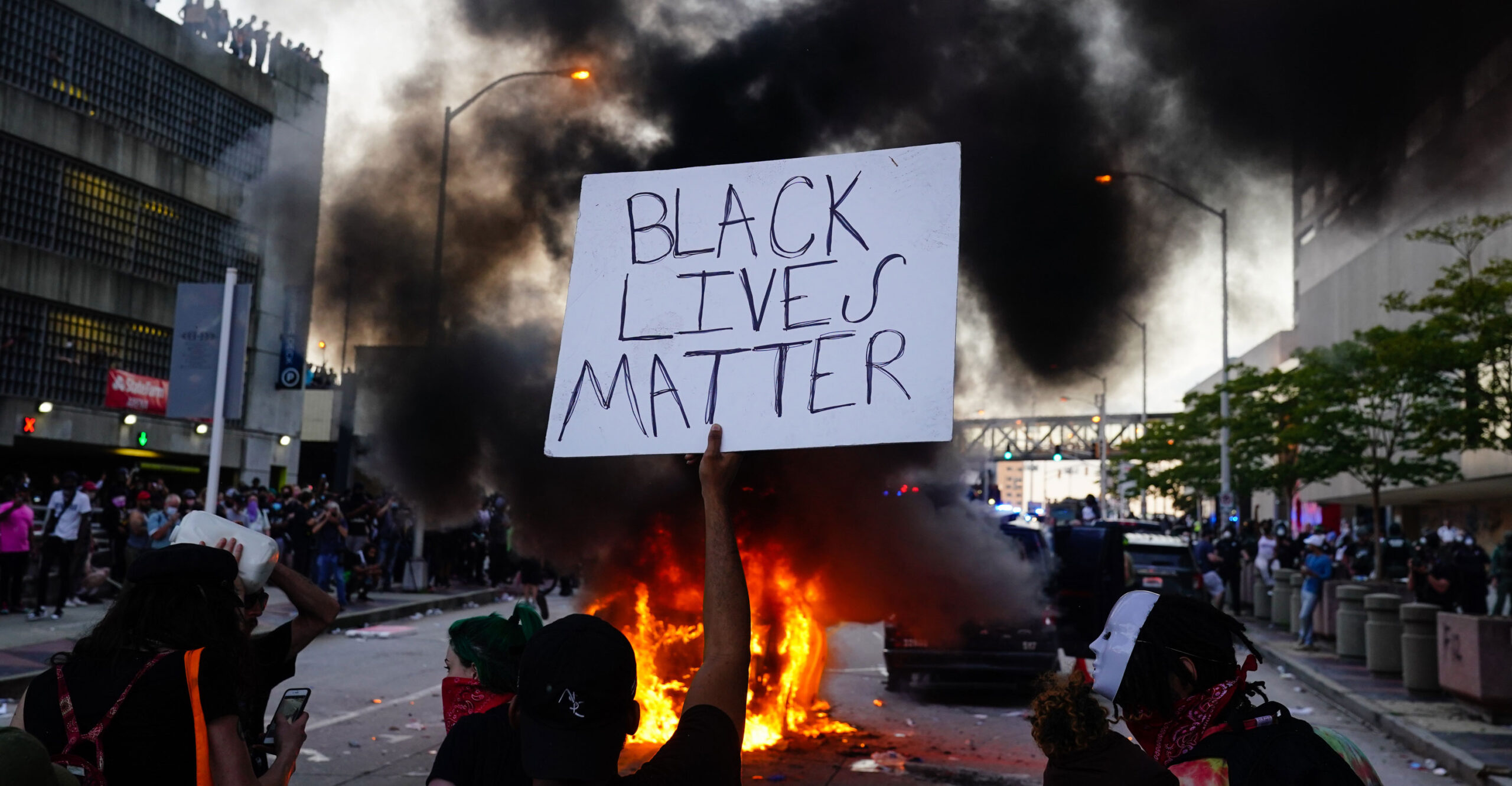 America enters 2023 as a radically different society because of the 2020 violence linked to Black Lives Matter. It took years to knit the revolutionary network that would provoke this sea change. And, indeed, the organizers of the protests met for years to plan how to “disrupt and transform” America.

Most of you don’t know any of this because the media refuse to tell you. Rather than vet these revolutionaries and shine a spotlight on their explicit aspirations, the legacy media chose to embrace the violence and uncritically present it as a “racial reckoning” or social justice uprising.

This massive abdication of responsibility left people vulnerable to deep changes in the American way of life—changes that were never honestly discussed, much less voted on. America was jumped and nobody reported it.

The activists who, in the name of social justice, have transformed the classroom, the workspace, the barracks, the houses of worship, and just about every other aspect of life have long made it clear that their goal is to change the country’s political and economic systems. Their target is America’s constitution, both small and capital C. Journalists should have pointed this out.

Instead, we got omerta. We saw an example of it again last week when Washington Post columnist Joe Davidson decried my comment to him that Congress ought to investigate the 2020 riots, just as it investigated the Jan. 6 Capitol riots.

“It’s a weak comparison,” wrote Davidson dismissively. “Those on the Left, while culprits in some cases, did far less damage than those on the Right.”

Really? The BLM violence in 2020 left close to 20 people dead. The riots caused more than $1 billion in losses, the costliest in U.S. history. Several cities witnessed more than 600 riots. And the violence did not start in 2020. Researcher Travis Campbell tracked more than 1,600 BLM protests nationwide between 2014 and 2019 and found that a 10% rise in civilian homicides followed as a result. That means that between 1,000 and 6,000 additional homicides occurred.

But the destruction is arguably worse in terms of civilizational transformation, and there, the comparison with Jan. 6 is even more profound.

The yokels who stormed the Capitol aren’t the reason children are being taught to despise their country because of its flaws and despise each other because of characteristics they can’t control. The Jan. 6 riot isn’t why adults are being herded into reeducation sessions and Stanford University is telling people that the word “American” is oppressive.

All of this, and much more, is happening because, reeling from the shock of the 2020 riots, our cultural institutions have adopted the narrative of BLM and its revolutionary network, and that narrative is that America is oppressive and systemically racist.

To believe that Congress should investigate the 2020 riots and the years of political violence that led to it and ask questions about the political objectives behind them is not to dismiss the severity of the Jan. 6 attack. It is to ensure that America is not completely transformed by activists’ single-minded pursuit of a Marxist blueprint.

The founders of the BLM movement (especially groups such as the Movement for Black Lives and the Black Lives Matter Global Network Foundation) and the members of the web around them are committed Marxists who, for years, created a vast revolutionary infrastructure in which to meet and strategize. They received ideological direction, strategic support, and emotional encouragement from foreign actors—Venezuela, especially, but also China.

The U.S. Social Forum, perhaps the most important movement-building process for global Marxists, was founded in Atlanta in 2007 as a U.S. beachhead of the World Social Forum. At its 2006 meeting in Caracas, Venezuela, the forum called for American communists to step up. “We count on you, companeros, we count on you,” Venezuela’s since-deceased Marxist dictator Hugo Chavez told the Americans among the adoring World Social Forum crowd.

As researcher Ariel Sheen, who has done brilliant spade work in these networks, puts it: “American media, public intellectuals, and government officials have failed to present an accurate assessment of the threat that revolutionary leftist organizations that have declared their allegiance to foreign governments pose to the U.S. Constitution.”

The Marxist centers, which in 2007 were training Alicia Garza and Patrisse Cullors (who co-founded BLM six years later) and are known as the People Organized to Win Employment Rights and the Labor/Community Strategy Center, respectively, were on the planning committee of the 2007 U.S. Social Forum, as was Movement for Black LIves’ Makani Themba. They organized hours of workshops on how to take down American society.

Which is their goal, after all. The man who created the Strategy Center, Eric Mann, describes its focus as “training a new generation of black and Latino activists in the traditions of black revolutionary, Third World, and communist organizing.”

Unsurprisingly, Garza said she witnessed in Atlanta “more than 10,000 activists and organizers converged to share strategies to interrupt the systems of power.”

Garza, Cullors, Opal Tometi (the other BLM founder), and many others who were key in the ideological work behind the riots (Mann, Steve Williams, Harmony Goldberg, etc.) traveled the world in the years since, and before, to coordinate activities in the numerous forums of the global Marxist left.

All of this happened years before George Floyd was to breathe his last in 2020—or before the acquittal of George Zimmerman for the death of Trayvon Martin, the 2013 event that gave revolutionaries the opportunity to create the BLM movement in the first place.

As Tometi put it about the 2011 World Social Forum in Dakar, Senegal, the forum’s “one demand is that we consider an alternative economic and political system for the world we have today.”

Did we debate this as a society? If Davidson and the rest of the media won’t tell you, shouldn’t Congress?

This column first appeared at WashingtonExaminer.com.

Biden Honors Paul Pelosi During SOTU, Blames January 6 and Trump for Attack at His Home (VIDEO)
MSNBC On 1619 Project Critics: ‘The Criticism Is Not Legitimate’
Pentagon ‘confident’ spy balloon aloft in US airspace is Chinese
Lawsuit: Did the US Postal Service Share Private Customer Information With Unions?
Why Your Tax Refund Could Be Smaller This Year